Sheikh Zakzaky: From Six Years in Detention to Freedom

“After expressing our profound gratitude to Allah, the Almighty, we wish to also express our appreciation to all those that stood by us during this ordeal that has lasted two thousand and fifty-five days (2055) – nearly 6 years.”

On 12th December 2015, the Nigerian Army massacred more than 750 Muslims, including members of the Islamic Movement, in response to what they stated as an assassination attempt on Lieutenant General Tukur Buratai when his convoy passed by a makeshift roadblock near a Shia mosque.

The attack, carried out by the Nigerian Army, targeted the Hussainniya Baqiyyatullah and the home of Sheikh Zakzaky for more than two consecutive days. As a result of this attack, men, women, and children were executed with excessive force, bodies were left in the streets with some piled on top of one another in an attempt to create mass graves, and injured victims were burned alive. Among those killed were Sheikh Zakzaky’s three sons, Hammad, Ali, and Humaid.

Why Was Sheikh Zakzaky Imprisoned?

Nigeria’s leader of the Islamic Movement, Sheikh Ibraheem Zakzaky, on 28th July, 2021 was vindicated by a Kaduna High Court of an eight-count charge.

The leader and his wife, Malama Zeenah Ibraheem, who had been in detention since December 2015, according to the presiding judge Justice Gideon Kurada are not guilty of all the accusations levelled against them.

In April 2018, the Kaduna State Government charged Sheikh Zakzaky and three others despite an order in 2016 by the Federal High Court that the embattled leader and his wife be released and compensated by the government.

The court further awarded the cost of 25 million Naira as general damages to be paid to Ibrahim El-Zakzaky who must be released unconditionally to the Inspector General of Police (IGP) within 45 days. The IGP is also ordered to convey El-Zakzaky and his wife to the accommodation provided by the government. The court also awarded 25 million naira damages to Mrs Zakzaky, making a cumulative of 50 million Naira as general damages.

Amidst that judgment delivered by Justice Gabriel Kolawole of the Federal High Court, Abuja, the recalcitrant Federal Government and Kaduna Government headed by President Muhammadu Buhari and Governor Nasiru El-Rufai respectively refused to obey the 2016 order. El-Rufai went ahead to file the eight-count charge.

“That you, Mallam Ibrahim Al-Zakzaky, Mallama Zeenah Ibrahim, Yakub Yahaya Katsina, and Sanusi Abdulkadir being leaders of the Islamic Movement of Nigeria on or about the 12th of December at Zaria agreed with other members of the sect to do an illegal act, to wit; while armed with dangerous weapons such as pistols guns, dane guns, cutlasses, knives, catapults, axes, clubs, and sticks blocked Sokoto Road, Sabon Gari, Zaria, and other major roads within the environs and prevented the convoy of the chief of army staff and the general public from gaining access to the roads and same act was done in pursuance of the said agreement and you thereby commit an offence punishable under Section 59 of the Penal code of law of Kaduna state 2017,” the charge read in part.

In September 2020 in a court session in Kaduna, Sheikh Zakzaky dismissed the charges against him as ‘rubbish and nonsense’.

Counsel to Sheikh Zakzaky, Femi Falana, SAN, sought that the court should quash the charges against the Islamic cleric.

Following the announcement of the historic judgment at the Kaduna High Court, supporters, followers, and sympathizers of the eminent Sheikh came out en masse to celebrate the verdict. The judgment put an end to a 2055 day illegal detention.

In tens of Nigerian towns and cities, there were gatherings organised to celebrate the freedom of the revered Islamic leader.

In a statement released by Mohammad Ibraheem Zakzaky, his only surviving son, shortly after they regained freedom said, “After expressing our profound gratitude to Allah, the Almighty, we wish to also express our appreciation to all those that stood by us during this ordeal that has lasted two thousand and fifty-five days (2055) – nearly 6 years.

“I along with our entire family wish to especially thank those men, women, and children who stood firm in the face of injustice, risking life and limb to demand justice and freedom for them, both inside and outside this country. Of special note are the heroes who marched daily in Abuja nonstop for 5 years, a monumental act of sacrifice seldom heard of and certainly unprecedented in the history of Nigeria.”

What His Detention Means For The Future Of Nigeria

Now that Sheikh Zakzaky alongside his wife Malama Zeenah have regained freedom, it is noteworthy to look at the numerous implications of his detention both locally and internationally.

Now, the ruling party whose the Zaria Massacre was executed, which is the All Progressives Congress (APC), have been tagged as a party that is known for human rights violations, at both the national and continental level.

The Zaria Massacre has further exposed Nigeria and its authorities as a country that has failed to protect the rights of religious minorities, a development that is capable of denting its image in the global scene.

As a signatory of the African Charter on Human and Peoples’ Rights, Universal Declaration on Human Rights, and other human rights charters, the consequence is massive. 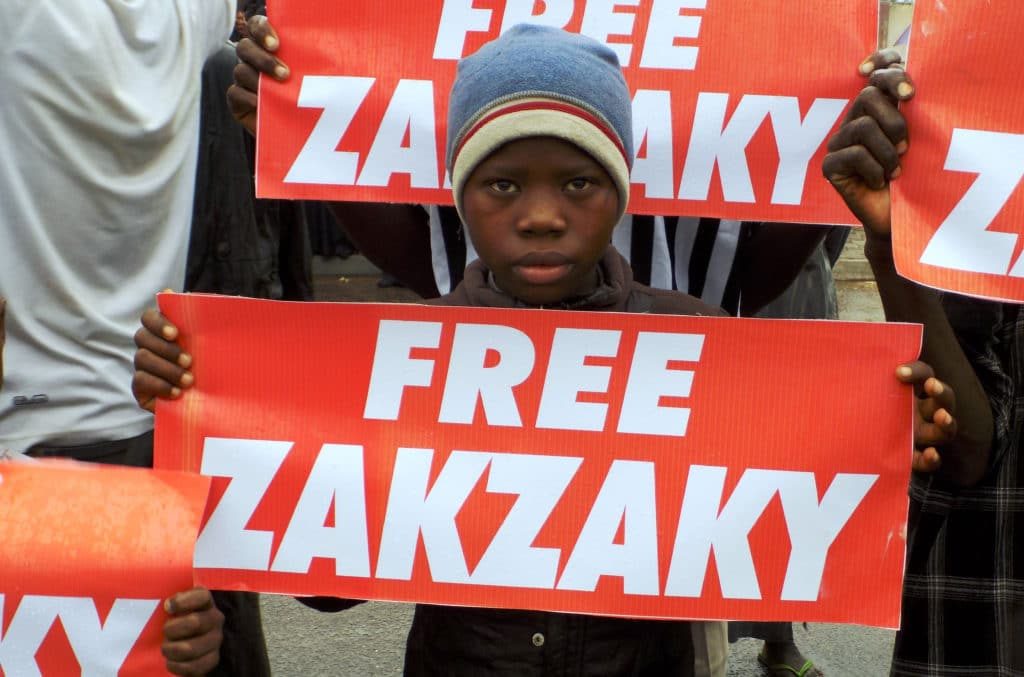 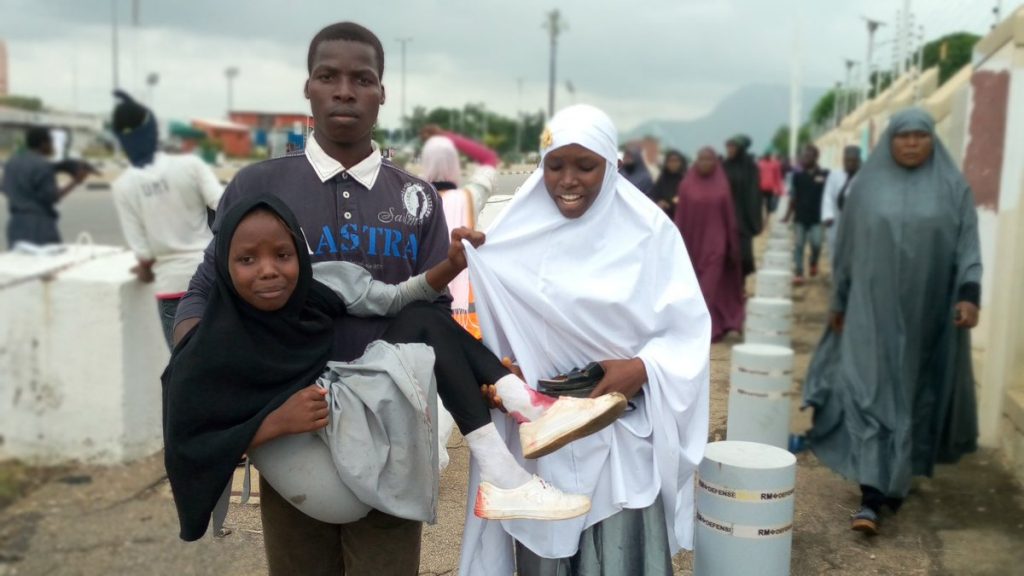 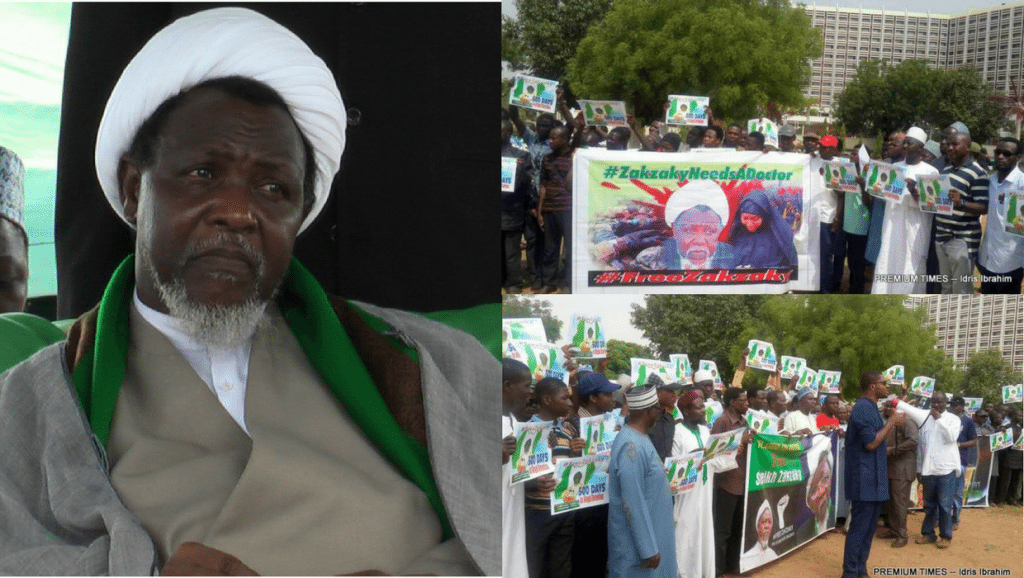