In captivity, Khan was tortured which led to his death. Isha Khan, a cousin of Khan, while speaking with The Muslim Vibe, said: “They had thrashed his feet and legs; they had hit his chest with a hammer and bashed his head.”

Faisal Hussain,17, was pushing a vegetable cart in the market when policemen pounced on him. The cops had come to enforce restrictions on public activities to curb the spread of the second wave of coronavirus that has killed tens of thousands in India.

Raju Khan, an eyewitness,  told The Muslim Vibe that the cops beat him ruthlessly while dragging him to the police station. When his condition deteriorated they took him to the hospital.

Hussain was already dead when his family reached the hospital. According to the autopsy report, he had multiple injuries in the body including in the head which caused his death. The incident took place on May 22 in a rural district in Uttar Pradesh, India’s most populous state ruled by a Hindu monk of Prime Minister Narendra Modi’s Bharatiya Janata Party.

The protests by the family led to the local police department opening an investigation. Three police officers have been arrested over the accusations of using violent force against Hussain.

However, the family has demanded more than just arrests.

“We demand that all those who are responsible for my brother’s demise be dismissed and tried for murder,” his cousin Salman said.

Reacting to the incident, India’s foremost Muslim political leader Asaduddin Owaisi said in a tweet: “This is the truth about hate Muslims face. There is no respite from violence for Muslims even in a raging pandemic.”

Hussain’s death is among growing incidents of state violence and hate crimes by extremist gangs against Muslims in India as the brutal second wave of coronavirus — the worst health emergency the country has seen since independence — sees a downward trend.

Five days before Hussain’s killing, Asif Khan, a 28-year-old Muslim gym trainer was tortured to death by a gang of caste supremacists in a village in Haryana state in the north of India.

Khan and his two cousins were returning home in a car from a health clinic when the gang of at least 20 men chased them in two vehicles.

Rashid, one of the survivors of the attack, recounted that the men beat them brutally and pulled Khan from the car, and took him along with them to their village.

In captivity, Khan was tortured which led to his death. Isha Khan, a cousin of Khan, while speaking with The Muslim Vibe, said: “They had thrashed his feet and legs; they had hit his chest with a hammer and bashed his head.”

The attackers were known to Khan and his cousins. According to Isha, they did not like a Muslim running a successful gym and not accepting their dominance. 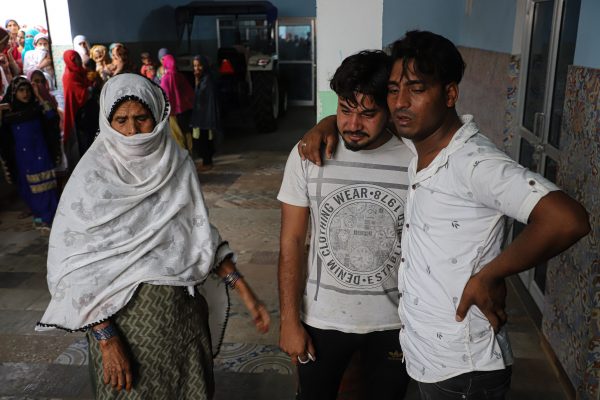 The local police arrested six men on murder charges and constituted a special team to investigate the case after there was an uproar by family and in some sections of media.

In another instance of mob violence targeting Muslims, a Hindu right-wing vigilante group tied a Muslim meat seller Shakir Qureshi to a tree and assaulted him brutally on camera. Qureshi was carrying a bag of buffalo meat when the men confronted him near his village. They accused Qureshi of carrying cow meat and when police arrived on the scene, they first detained and booked Qureshi instead of the vigilantes.

It was only after the video of the assault was put up on the internet that police filed a case against the attackers and later arrested five of them.

A hundred-year-old mosque was also demolished by authorities in Uttar Pradesh on May 18th, ignoring the order of the High Court. The story was first reported by the Guardian which said that the police and paramilitaries used bulldozers to bring down the mosque. The demolition triggered sharp reactions from the Muslim community with one group saying it was an act of “misuse of power” by the government.

Even amidst attacks, the Muslims in India continue to offer help and volunteer in the collective battle against the Covid-19 crisis. They opened their mosques, centres, and businesses, besides supplying medical supplies, oxygen tanks, and worked as volunteers at hospitals. Muslim volunteers also helped perform the last rites of non-Muslims as the cremation grounds were overwhelmed by a rush of dead bodies across cities and towns.

Despite all of this, however, the world continues to turn a blind eye to the continued abuses – growingly systemic – against Muslims in India. 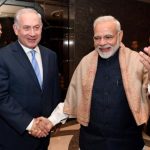 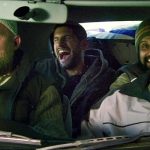