The destruction of Islamic heritage and Jannatul Baqi

Al-Baqi was once a cemetery of great beauty, with white walls and grand golden pillars surrounded by greenery. The cemetery is also known as Jannatul Baqi, meaning “The Garden of Baqi” and Baqiul Qarqad, which means “Baqi of the Boxthorn”. In the 1840s, the Ottoman Empire had recognized the importance of those who were buried, and built domes over their graves to acknowledge that the Prophet Mohammed’s family lay there. In the year 1925 it was demolished into nothing but rubble. The once magnificent cemetery was destroyed by the Saudi regime when they rose to power in the early nineteenth century, through the help of Great Britain.

They ordered the shrines of the family and companions of Prophet Muhammad in al-Baqi to be razed, in order to prevent ‘shirk’ and polytheism. Many Muslims, both Sunni and Shia, have protested against the Saudi regime’s destruction of Islamic heritage and has been raised a concern by academic, historians and Muslim scholars.

In the past decade, Saudi Arabia has built a lot of commercial developments in the Holy City of Makkah and Madinah, over sites of historical heritage which hold great value. The house of Lady Khadija for example, was turned into a public toilet.  Buried in al-Baqi cemetery are the following members of the Prophet Muhammad’s family and household: 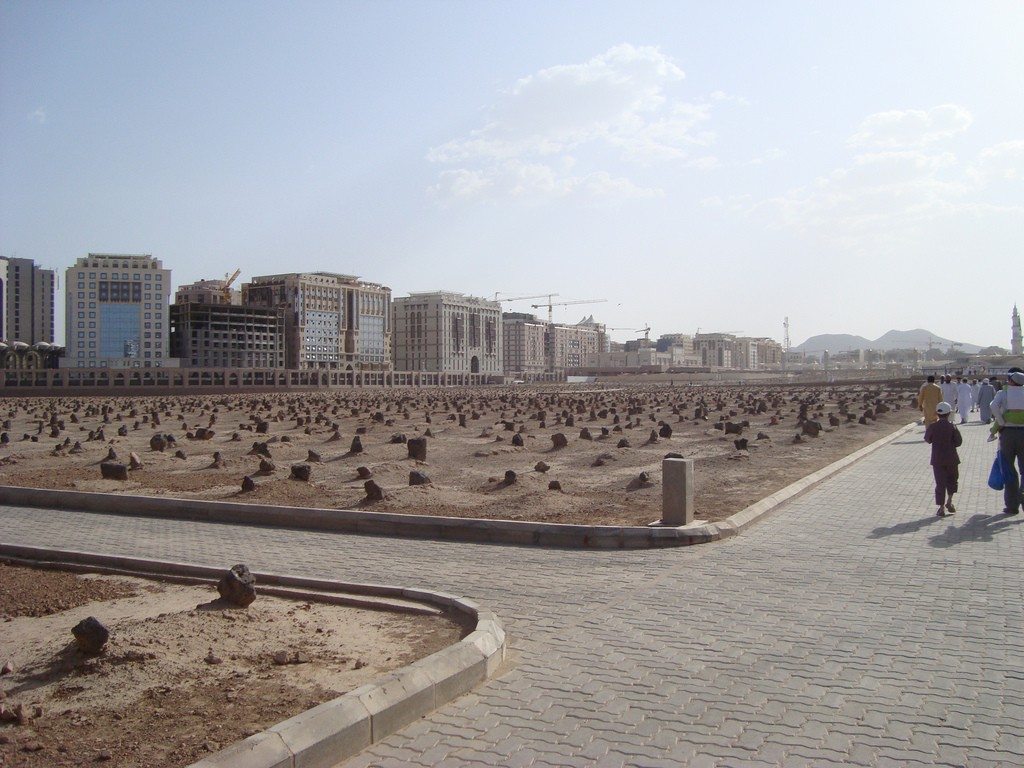 Since the destruction of al-Baqi cemetery, the 8th of Shawwal has been a day of mourning for all Muslims. It was in the same year that the mausoleums in Jannatul al-Mualla where the Prophet’s mother Aminah bint Wahb, wife Khadijah Al Kubra, grandfather Abdul-Muttalib and other ancestors are buried in were demolished by the order of Ibn Saud.

Our history and heritage was destroyed 90 years ago and hasn’t yet been rebuilt since. Twitter has been thrumming with the hashtag #ReBuildBaqiCemetery. Thousands of tweets are protesting the demolition of al-Baqi cemetery and calling out for it to be restored to its former glory.

Raise Your Voice to Show The Real Face Of #Saudi at The Front Of Muslim Ummah.