The Lebanese uprising movement on the streets and beyond

As the leader of the resistance touched upon in his most recent speech, resignation of the government shouldn’t be the goal of these protests as it will lead to instability; if the current government fails to solve the problems, “no new government can solve it”.

As the leader of the resistance touched upon in his most recent speech, resignation of the government shouldn’t be the goal of these protests as it will lead to instability; if the current government fails to solve the problems, “no new government can solve it”.

Though the uprising movement in Lebanon is one coming from the depths of the hearts of its people, it is important to be aware that many Western backed parties in Lebanon aim to penetrate through and hijack the movement in order to serve their own agendas. Rather than working on meeting the real demands of the people, their sole mission is to generalise and twist the message of these protests so that it leads to a path that ultimately defeats and tarnishes the resistance, particularly by bringing the leader of the resistance in the midst of it all, pointing towards him and making it seem as if he is also part of the corruption that is present.

Although there are a few corrupt individuals within the resistance – and they too, like the rest, must be held accountable – a major distinction must be made between those few individuals and the sanctity of the resistance’s political and military line.

Slogans such as “كلن يعني كلن”, “all means all [must go]” not only places all members of every governmental party in the same boat, but it dissolves the essence of the movement and creates a clouded judgement on the whole matter. It is part of the role played to generalise and take away the seriousness of those who must be held accountable. Corrupted politicians cannot be placed in the same category as the righteous.

Why has this movement begun?

Protests have come about as a result of decades-long-bottled-up infuriation and agony caused by the ruling elite, and the recent declaration of WhatsApp taxes, for the people, was the final straw. Although we see a few parts of the movement turning into riot-like disturbances (setting streets alight and shoplifting, which should be avoided at all costs), rising frustrations revolve around unveiling the inherent corruptions and urgently demanding governmental figures – those who have stolen billions of dollars belonging to the nation – be held accountable for their actions, without enabling them immunity or cover-ups from their sects.

What are the people protesting for?

It’s about rejecting corruption on every level whilst calling for reforms. To name a few:

Decreasing taxation on the poor.

Imposing progressive taxation on the rich.

And finally, tackling Lebanon’s electricity crisis that has been pushed to the brink of financial ruin, leading to an insufficient supply of 24/7 electricity since the civil war (the government says net transfers to state power firm Electricite du Liban now amounts to $1 billion-$1.5 billion extra a year, most of it spent on fuel oil). Many households are having to rely on their own generators or private neighbourhood suppliers who charge a hefty amount [1].

What effects will these protests have?

These rejections in the form of protests will bring about a limitation in the level of corruption caused by members of the government as it demonstrates to them that the nation cannot take it anymore, cannot be patient anymore, and will not surrender till improvements are made. Consequently, this will have an influence on the corrupt governmental figures, as they will begin to think twice before attempting to make another wrong move due to the scrutiny and questioning being imposed upon them (escalating to higher levels i.e courts).

What should the goal of the protests be?

As the leader of the resistance touched upon in his most recent speech, resignation of the government shouldn’t be the goal of these protests as it will lead to instability; if the current government fails to solve the problems, “no new government can solve it,” and any new parliamentary elections will reproduce the current Council [2]. Targeting the aforementioned issues that bring forth corrupt individuals is the goal. To demand real improvements – not a resignation in government, as that will lead to chaos (which will surely be in the interest of Israel and the US), is the main goal.

What positive roles can the resistance play?

This crisis can be used as an opportunity for the resistance to increase its economic involvement in the country. Since the resistance was always a security and military force, it didn’t have the ability, willingness, nor readiness to enter the economic system in Lebanon. However, with the current climate and how matters are beginning to rapidly unfold, due to the net of relations the resistance has with the regional forces such as Iraq, Syria, Iran and the likes, it is establishing a heavy weight on the ground which demands more engagement in the Lebanese economy.

Interfering in the economic situation by engagement with the neighbouring and regional areas means for Lebanon to become less dependent on Western trade policies and more with its allies, thereby the resistance having an overall active influence within the country. 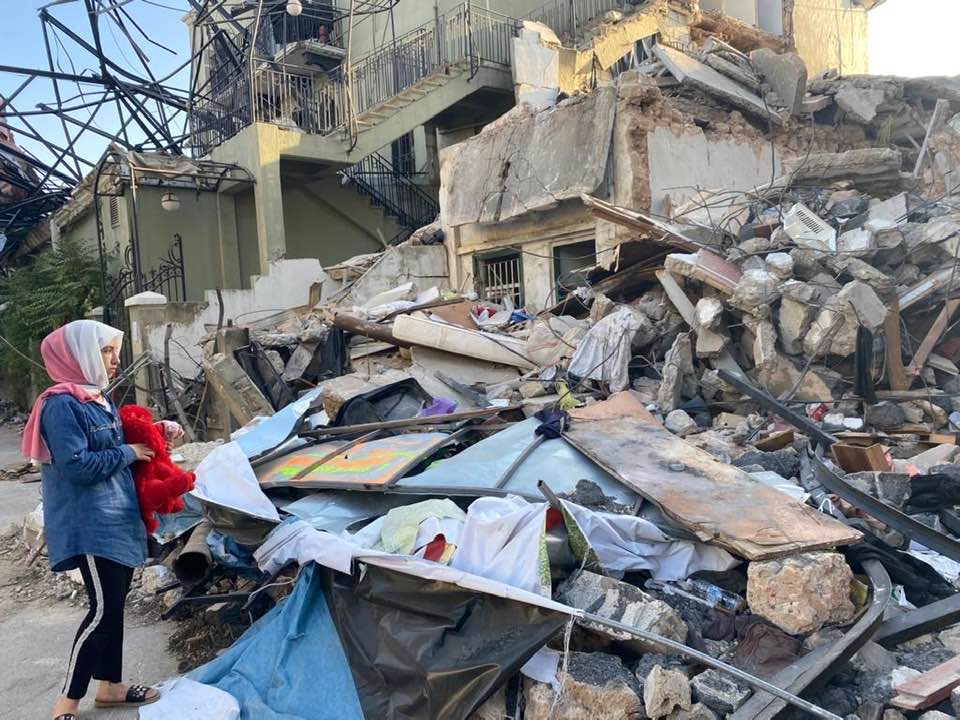