The Muslim Council of Britain does not endorse any political party or prospective parliamentary candidate, but will work with all political parties to engage British Muslim communities and ensure every voice is heard in this election. 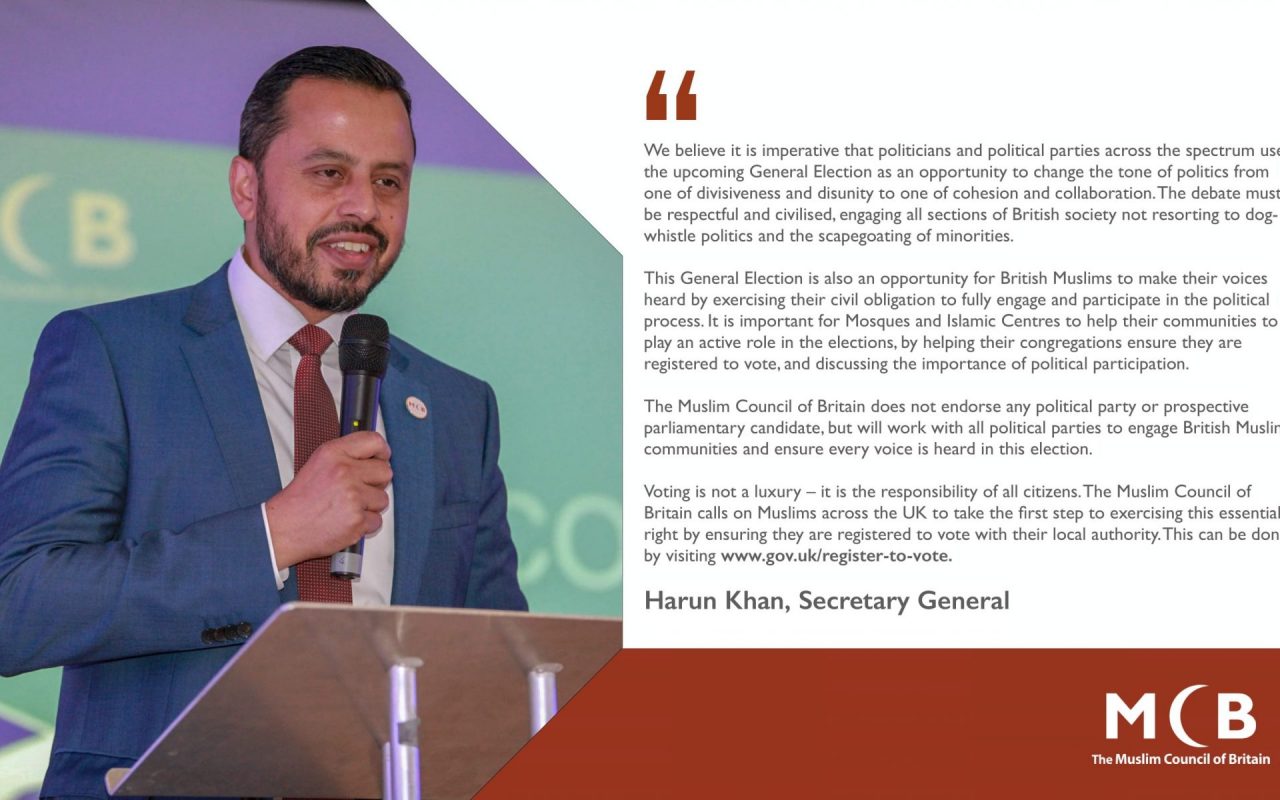 The Muslim Council of Britain does not endorse any political party or prospective parliamentary candidate, but will work with all political parties to engage British Muslim communities and ensure every voice is heard in this election.

With the General Elections coming up on the 12th of December, The Muslim Council of Britain have issued a statement for British Muslims on voting this season. Read the full statement below.

The UK is expected to hold a General Election on Thursday 12 December 2019.

The Muslim Council of Britain believes it is imperative that politicians and political parties across the spectrum use this upcoming General Election as an opportunity to change the tone of politics from one of divisiveness and disunity to one of cohesion and collaboration. This debate must be respectful and civilised, engaging all sections of British society and not resort to dog-whistle politics which seeks to scapegoat minorities.

This General Election is an opportunity for British Muslims to make their voices heard by exercising the civil obligation to fully engage and participate in the political process. It is important for mosques and Islamic centres to work with their communities to play an active role in the elections, by helping their congregations ensure they are registered to vote, and emphasising the importance of political participation.

The Muslim Council of Britain does not endorse any political party or prospective parliamentary candidate, but will work with all political parties to engage British Muslim communities and ensure every voice is heard in this election. The MCB will also work with Muslim communities across Britain to take part in the political process to help as many Muslims as possible to understand the political process and the views of their local candidates, and use their democratic right to vote.

Voting is not a luxury – it is the responsibility of all citizens. The Muslim Council of Britain calls on Muslims across the UK to take the first step to exercising this essential right by ensuring they are registered to vote with their local authority.

To vote in a UK General Election you must:

Be 18 or over on the day of the election.
Be a British, Irish or qualifying Commonwealth citizen.
Be resident at an address in the UK (or a British citizen living abroad who has been registered to vote in the UK in the last 15 years).
Not be legally excluded from voting.
You also need to be on the electoral register. You only have to register once, but will need to re-register if you have changed your address, name or nationality since you first registered. In order to vote in this general election you must be registered by at least Monday 25 November.

The forms can be completed online. You may need details of your national insurance number and your passport if you’re a British citizen living abroad, and want to vote in England, Scotland or Wales. If you need help, you should contact your local Electoral Registration Office. You can use this service to find the address if you live in England, Scotland or Wales. If you live in Northern Ireland you need to contact the Electoral Office for Northern Ireland (EONI).

If you are a student you can register to vote at both your home and term-time addresses, but remember that in a general election it is illegal to vote more than once. You don’t need a fixed address to vote. You can still register to vote if you are homeless or have no fixed address, are a person who has been remanded in custody, but you have not yet been convicted of any offence, or are a patient in a mental health hospital. There are additional forms to fill in – you can find the instructions here.

For more information on the work of the MCB during the General Election, or for any help in registering to vote, please contact [email protected] 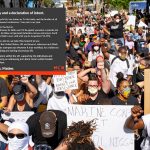