The tragedy in the Mediterranean – through the eyes of a “migrant”

The recent heart wrenching news of migrants trying to cross into Europe from Libya captured the collective attention of Western media, maybe because it actually involved the EU. Had the people who had drowned simply been out on a boat ride off the Libyan coast it would’ve barely garnered a small piece hidden somewhere deep inside a website or a newspaper. But no, this is real. This affects people in the EU. Migrants coming in the thousands to settle in the Union! Sound the alarm!

To my fellow migrants who have made it, we have a responsibility to those we have left behind.

The ever generous British government pulled out of the rescue effort, a move summed up perfectly by the Dark Lady herself, Katie Hopkins when she called for gunships to shoot at the boats carrying migrants to send a message. It appears her suggestion has found footing as Italy declares a “war on migrant traffickers,” a sentiment echoed by Britain. These compassionate leaders, however, have agreed to provide 5000 resettlement places. 150,000 migrants however must be sent back. I am at this point tempted to refer to these “migrants” as “expatriates” and to the Western people living outside of their home countries as “migrants” but I digress.

I’m looking at this tragedy from the lens of a “migrant”. Most of our kind escaped target killing, extortion, kidnapping, terrorism, sectarian violence, war, stagnant economies, etc to find greener pastures in the “free world”, “first world”, call it what you will.Not all of us have the luxury of blaming the EU for the crisis in our countries. Well, at least not directly. But if the Libyans took the EU government and charged it with warcrimes, any just judge would have to rule in their favour. Their country has been completely wrecked after these “free” “developed” “civilised” governments decided that NATO should help bomb the country into a regime change because, you know, they wanted to help the people. Thus, they trusted their old lackeys in Jihadist groups to help bring down a brutal dictator. You know, the one who kept the country intact.

Libya was once a monarchist, welfare state. It is now a failed one. But then imperialism in the past and neo-imperialism has always left destruction in its wake and has taken substantial measures to insulate their population from any backlash against their government’s international crimes. Watch the Head-to-Head interview talk show on Al-Jazeera where the host, Mehdi Hasan, takes on the ex-Nato chief Anders Fogh Rasmussen and you will understand how soulless these “leaders of the free world” are.

Most of the developed world will never have to feel what it means to leave your homeland knowing you will most likely never return because the situation is so bleak. This is only the fate of the “developing” and “emerging” countries. Which shall forever remain “developing” and “emerging” because they were raped, looted, and pillaged by the “developed” countries in the latter’s rise to “developed” status.

Some of us made it out with some form of wealth that allowed us to make new homes in strange lands. We started businesses. Some of us became billionaires. Others became Lords. The rest of quietly made a good life for our families. But not all of our fellow migrants are as fortunate.

They are those that come from extreme poverty. They don’t have wealth with which to buy passports, or skills with which to sell their labour. They only have their poverty and a plea for compassion and mercy.

Make no mistake, most of us “migrants” (apparently we haven’t been upgraded to expatriate status yet) do not want to leave our countries. We quite love it back there. We have memories. We left behind people we love. Some of us left behind everything we had back home to move abroad due to some existential threat.

In the global game of geopolitics, your countries used ours as pawns. If we had resources to offer, they were looted and plundered. If we had armies, they were put to war. If we had wealth, we were quickly sold dubious loans by the imperialist financial institutions, World Bank and the IMF. 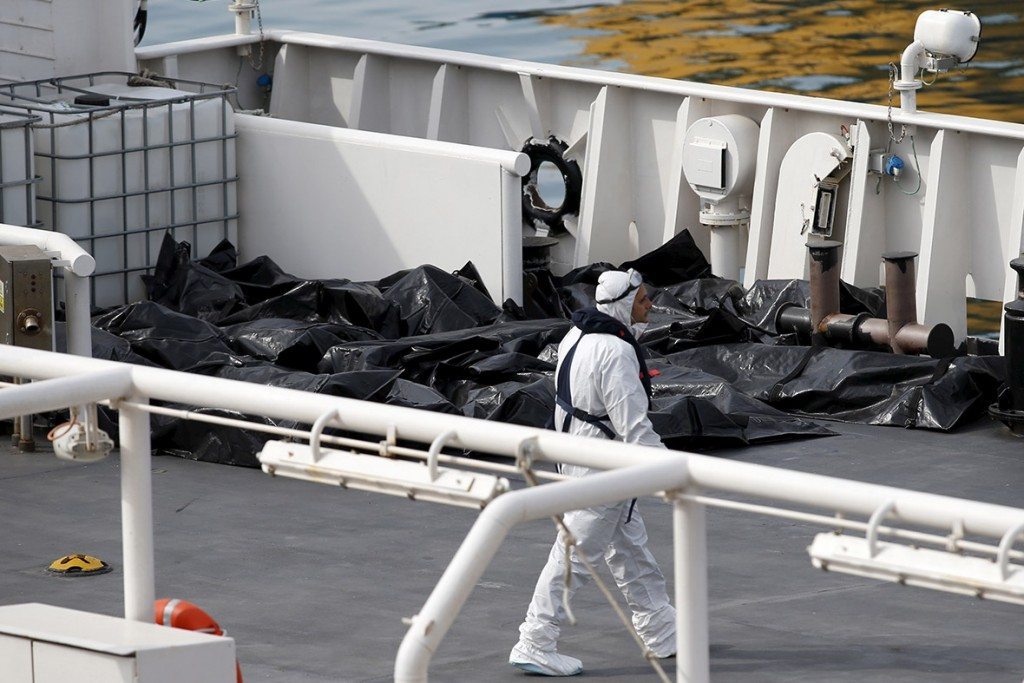 When we move abroad, we are desperate. Desperate enough for surgeons to become baristas at Starbucks. Not because we dream of making it big in your countries, but because we don’t want to die senselessly back home. We don’t want to die because our governments were strong armed into supporting your war on terror. Or if they cozied up to the Chinese and were suddenly destabilised by terrorists.

To my fellow migrants who have made it, we have a responsibility to those we have left behind. We left thinking there is nothing we can collectively do to save our countries. So we must do the least, and that is to help those still trying to get out. If the governments fail at providing them with facilities to assimilate them into Western societies, then we should create such institutions.

We should come together and create training institutes that give our comrades a fighting chance at making a life for their families and themselves.

Some of us found a lifeboat off of the titanic, not all of us were so lucky.
By Zeeshan Rasool
PrejudiceRacismThe West