Many experts are pointing towards the fact that right-wing extremism has surged in the last 30 years in Norway, with many blaming the Muslim women at Al-Noor mosque for disrespecting the Crown Prince. 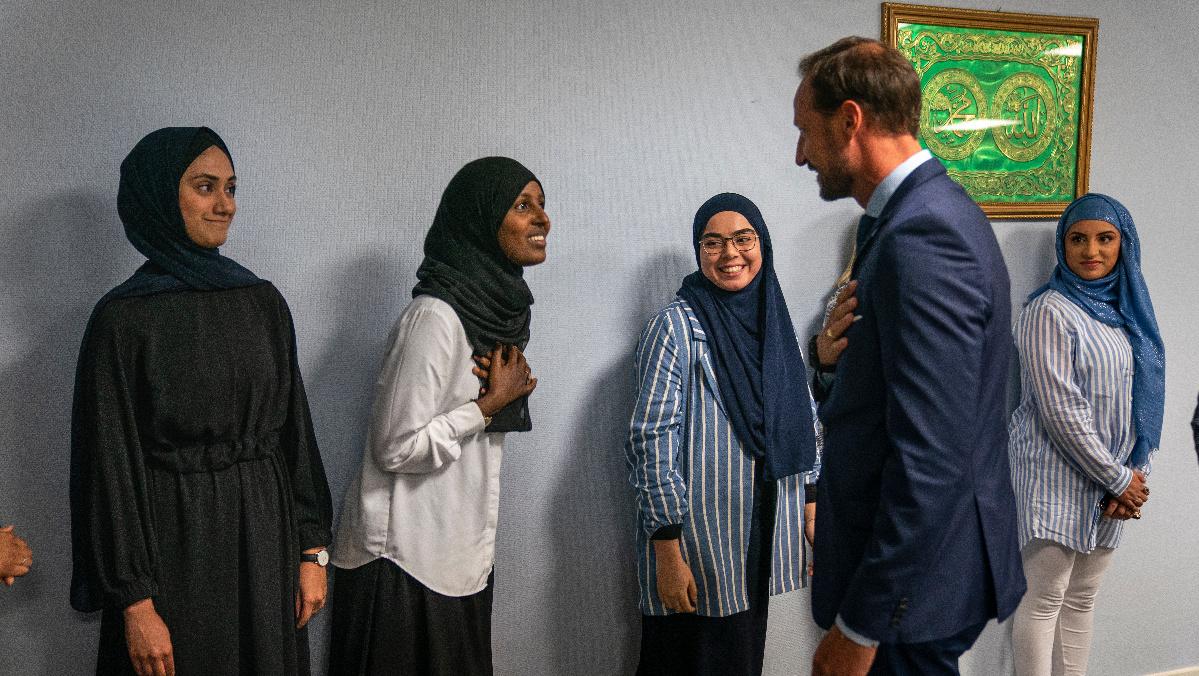 Many experts are pointing towards the fact that right-wing extremism has surged in the last 30 years in Norway, with many blaming the Muslim women at Al-Noor mosque for disrespecting the Crown Prince.

Crown Prince Haakon shook hands with male worshippers and proceeded to extend his hand to a female worshipper. She politely greeted him with her hands on her chest, as a gesture of respect. Haakon was also respectful and understanding of the situation, continuing to greet three female Muslims by copying their actions and placing his hand on his heart. 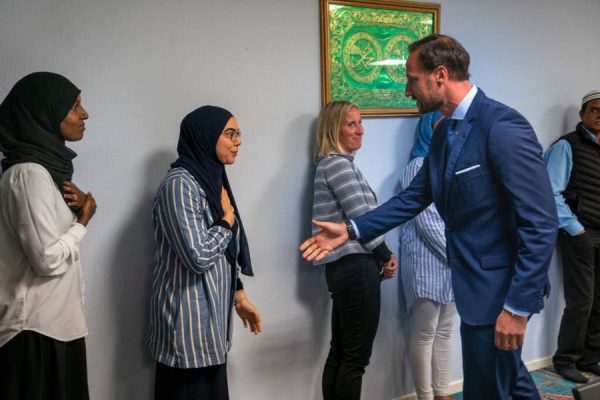 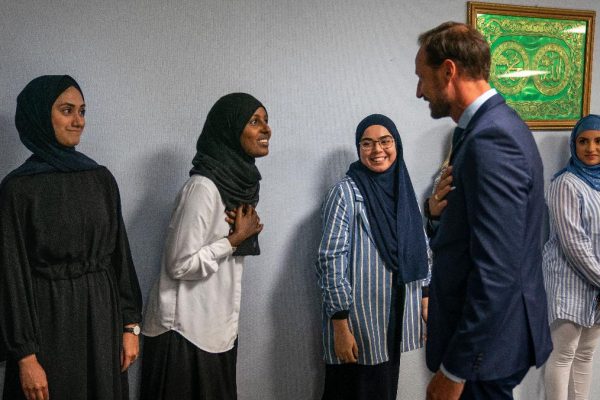 Waheed Ahmed, information officer at the Al-Noor mosque, told Norwegian broadcaster NRK they were unaware that the women did not want to shake hands, as it wasn’t a topic that had been discussed prior to his visit.

The Royal House of Norway responded through NRK:

The Crown Prince experienced the visit to the Al-Noor mosque after the terror attack as strong, and that the meeting with all the participants was warm and respectful. Together with the representatives of the Islamic Council of Norway and the Al-Noor mosque, they talked about how we can together build a society where everyone can feel safe and free.”

Zeliha Acar, one of the women who chose to not shake the Crown Prince’s hand said she only shakes hands with her father, husband, son, and brother.

“I have to do to what I feel is right. This is a value I have had for a long time. If I shook the Crown Prince’ hand, I would have given up one of the values I hold on to,” Acar told NRK.

The entire situation was completely under control and respectful from all sides involved, however many social media users blew this minor misunderstanding out of proportion. Negative and right wing rhetoric about immigration and Islam were used to target the women for not upholding “European values”. However, despite the negativity, many Muslim social media users were impressed by Crown Prince Haakon’s respectful actions.

This picture has generated a lot of debate in Norway the recent days.

I mean it's disrespectful when a Crown Prince offers you his hand and a woman refuses to greet him just because he's a man.

What do you think? pic.twitter.com/6s9hPBu5Cl

Right wing extremism in Norway has changed over the past 30 years according to Tore Bjørgo, at the University of Oslo.  During the late 1980’s, right wing organisations such as the People’s Movement against Immigration, were established and promoted violence against so called ‘national traitors.’

Bjørgo says that, “During the last 15 years the general opposition against immigration has moved towards a more specific fight against Islam and immigration by Muslims.”

According to Bjørgo, many anti-Islam agitator’s have political backgrounds from the feminist movement, who “present themselves as defenders of women’s liberation’’. Unfortunately, this has been used as an opportunity to incite hate crimes against women who choose to wear the hijab or niqab, who they see in opposition to the liberal movement of Western feminists.

Norway also experienced one of the worst ever attacks by right-wing extremist and terrorist Anders Behring Breivik who massacred 77 people in July 2011. Breivik had also been a member of the Progress Party during his twenties. Pegida, the Patriotic Europeans Against the Islamisation of the Occident, was also founded in October 2014 and has held numerous ‘anti-Islamisation rallies’.