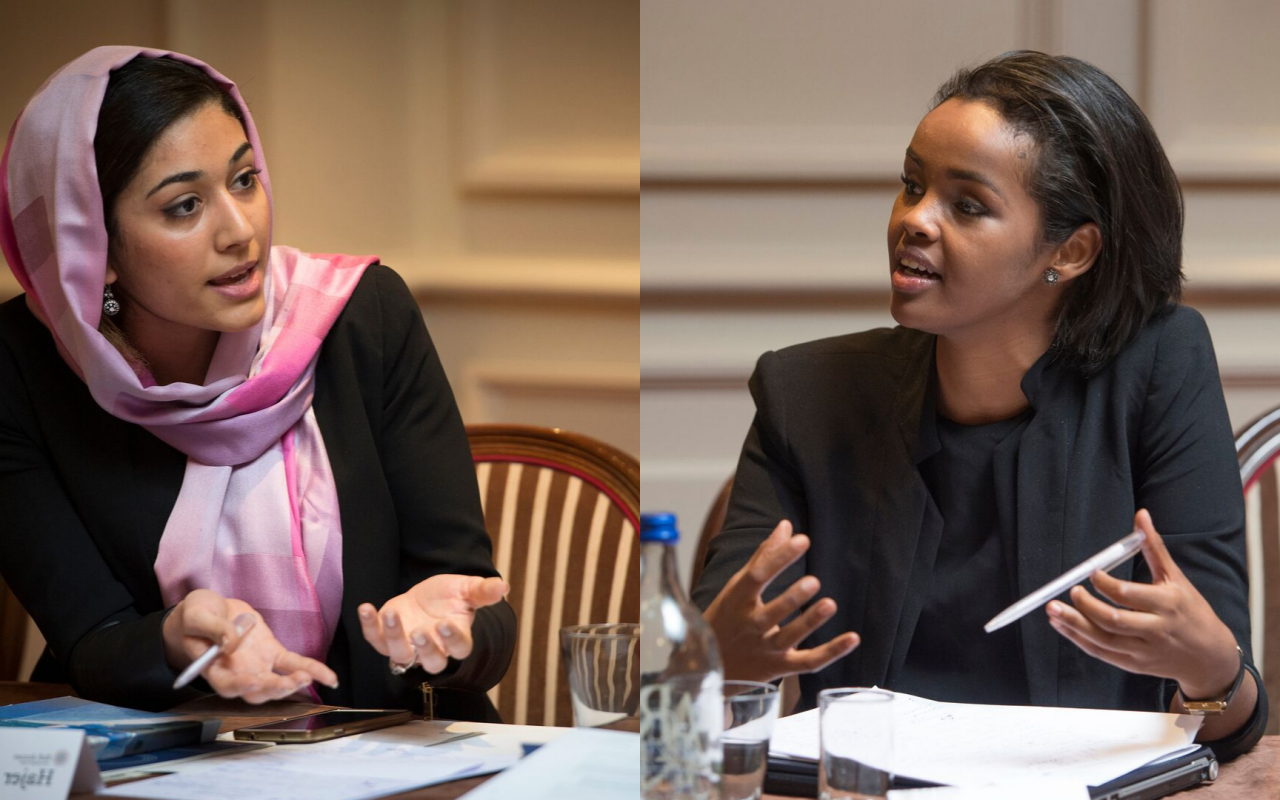 For this year’s nominations for the Nobel Peace Prize, two young Muslim women from Africa have been nominated – Ilwad Elman, 29, from Somalia and Hajer Sharief, 26, from Libya. Both are a part of former UN Secretary General Kofi Annan’s Extremely Together initiative, which brings together 10 young activists from around the world.

Ilwad Elman is originally from Mogadishu, Somalia, born to parents who were both involved in humanitarian and peace work themselves, Fartuum Adan and Elman Ali Ahmed. While her mother, alongside herself and her sisters, received asylum in Canada, her father was assassinated for being involved in youth rehabilitation and humanitarian peace work after the war of the 1990s and early 2000s. Returning to Somalia in 2010 at the age of 19, Elman worked tirelessly in both the humanitarian and women’s rights sectors within Somalia to continue the work of her father as well as to bring her own unique courage and strength for peace in her country. One of the many achievements of Elman’s work in Somalia is founding Somalia’s first rape crisis center for survivors of gender-based violence and abuse.

Hajer Sharief first began actively getting involved in humanitarian work and peace initiatives after witnessing the horrifying events of the Libyan civil war of 2011. Only 19 at the time, that same year Sharief founded her own organization called Together We Build It, aimed at supporting a peaceful and democratic transition in Libya after the war. Focusing on empowering women and the youth of the country, Sharief has continued to be an inspiration for many in both Libya and across North Africa. Co-starting the 1325 Network project in 2013, which is a collection of human rights organizations and activists from across 30 cities in Libya, Sharief is helping build a future where Libyans can come together for human rights and female empowerment. She is currently a law student.

A huge honor to be in @h_urdal shortlist for #NobelPeacePrize #libya https://t.co/71jdiG9coF

The Nobel Peace Prize, first awarded in 1901, aims to “honor the person who shall have done the most or the best work for fraternity between the nations and the abolition or reduction of standing armies and the formation and spreading of peace congresses”. Both women are short-listed from the Director for the Peace Research Institute in Oslo, which is recognized as often highlighting some of the strongest candidates for the Peace Prize.

With these two Muslim women coming from African countries which in the past decades have seen horrifying and relentless wars and gender-based violence, it remains incredibly empowering to see the nomination for the Nobel Peace Prize for both Elman and Sharief. Both women stand as living proof of the strength of both these countries, as well as the power of female leadership.