“Egyptian workers are ones with a high sense of dignity, which makes them irreplaceable. God forbid that expat doctors and engineers from Sudan or Egypt or other Arab countries be replaced by an Indian or a Bengali.” 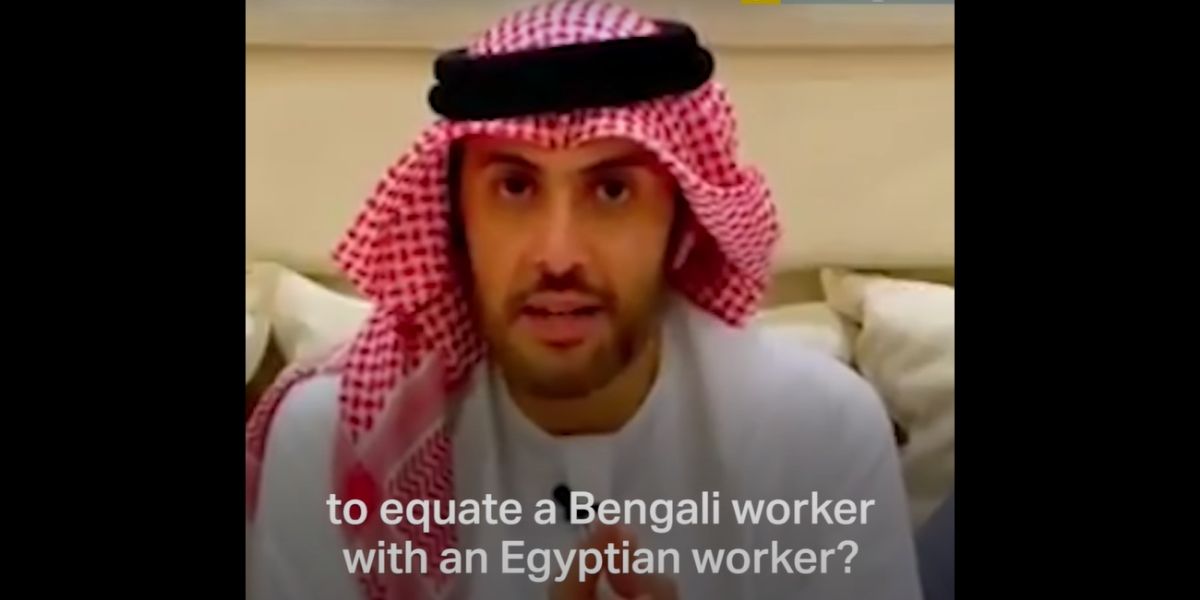 “Egyptian workers are ones with a high sense of dignity, which makes them irreplaceable. God forbid that expat doctors and engineers from Sudan or Egypt or other Arab countries be replaced by an Indian or a Bengali.”

A UAE celebrity has come under heavy criticism and has been accused of blatant racism after posting a video claiming that Indian and Bengali workers in the Arab Gulf are not seen as equal to an Arab worker. In his video, he states:

For English subtitles, click here for TRT’s report on the video. Al-Mehyas continues to say:

Egyptian workers are ones with a high sense of dignity, which makes them irreplaceable. God forbid that expat doctors and engineers from Sudan or Egypt or other Arab countries be replaced by an Indian or a Bengali.”

Tariq Al-Mehyas, a popular poet and UAE media celebrity, made the video in response to the recent racist remarks by Kuwaiti actress Hayat Al Fahad, who called for a full deportation of all foreign workers in the country. She suggested foreign workers be deported immediately or Kuwait should be “throwing them in the desert”, going on to say “I am not against humanity, but we are tired of it…If their countries do not want them, why should Kuwait take care of them? Hospitals in Kuwait cannot accommodate this number of patients.”

Al-Meyhas’ remarks, in which he attempted to defend the Kuwaiti actress’ stance, has shocked many while only highlighting the often ignored issue of deep-seated racism in the Gulf.

Translation: “Tariq Al-Mehyas only speaks for himself. It’s unfortunate that a media figure would downgrade other humans regardless of their nationalities. Indians and Bengalis are the ones who clean our streets despite low-wages. We have to respect and treat them well, not speak ill of them.”

@tariqalmehyas you should be ashamed of your disgusting remarks. Allah has created all humans equal n being Muslim you should respect all humans. You shouldn’t forget the words of the Prophet Muhammad SAWS in his last sermon. “One is not superior to another”

In a time of heightened fear and a worldwide pandemic, let us hope that deep-seated and often systematic issues of racism do not get in the way of community solidarity in times of such unprecedented crises. While his opinion and voice does not represent the whole of the UAE, it remains to be seen why and how opinions like this continue to surface in a region with a history of abuses towards its migrant workers.