If the people of Yemen are not killed by warfare, poisoned from dirty water, or starved until their bones can be seen, they will be confronted by a deadly virus, and have no support of any kind to fight against it.

Yemen faces extinction. It is the largest humanitarian crisis in the world. The five-year war has decimated millions upon millions of lives, destroyed crucial infrastructure, and maimed public services – creating hell on earth. Over half of all health facilities have been destroyed. The UN estimates that over 100,000 people have been killed in the conflict.

A similar number of people (17.8 million) do not have access to clean water, so waterborne diseases such as cholera have left 100,000s of people ill. Currently, 19.7 million people lack access to adequate healthcare. So they are left to writhe and rot with no medical assistance.

A Saudi-led blockade that has prevented humanitarian aid from reaching millions of Yemenis, with the fact that Muslims are behind such calamitous suffering, almost defies belief. Unsurprisingly, the US has contributed to this blockade up until 2017. There was a glimmer of hope in February this year, when the UN chartered a mercy flight from Sana, Yemen, to Jordan. This came after 18 months of negotiation with Saudi Arabia. However, despite this, thousands of Yemenis requiring complex surgery for tumours, cancers, and organ transplants are still waiting for assistance.

This was all before Covid-19. Covid-19 has ravaged even the most advanced economies. The nightmare scenario of Covid-19 reaching an already bruised, bloodied, and battered country like Yemen has become a reality. Yemen is completely unequipped to deal with Covid-19.

Immunity is extremely low among Yemenis. Food insecurity and poor diet worsen immunity, so mortality rates are likely to be higher, despite Yemen’s young population demographic. Some intensive care units in Yemeni hospitals are reporting a 100% fatality rate from Covid-19. Put differently, any person who has Covid-19 in an intensive care unit will almost certainly die.

This is especially frightening since a Sky News report has found that in a matter of two weeks, Yemen has gone from having no cases to hundreds upon hundreds. The reported cases and deaths are almost certainly lower than reality. The UN has warned that the healthcare system has effectively collapsed. As Covid-19 rips through the country, most will not have access to healthcare.

The economic crunch caused by Covid-19 across the globe has meant that crucial funding streams have also been cut-off. The UN warned that it is essential to have money coming in to ensure the fight against Covid-19 can continue. 30 out of 41 of its programmes could close without funding. UNICEF has said that water, sanitation, and hygiene services for four million people will begin to close in July if $30m of funding is not received by the end of June.

If the people of Yemen are not killed by warfare, poisoned from dirty water, or starved until their bones can be seen, they will be confronted by a deadly virus, and have no support of any kind to fight against it.

These are apocalyptic circumstances. There is no cause at this moment of time that is more needing of your donations that Yemen. Millions upon millions stand to perish. This suffering is caused by wretched, evil creatures, who ought not to be called human. If the problem is man-made, then so too is the solution.

We must donate with open hearts. We must raise our voices, and flood our social media accounts with awareness so that others might learn. Do whatever you can, whatever is in your power. The more you do, the more evidence you will have in the court of God.

“And they brought upon his shirt false blood. [Jacob] said, ‘Rather, your souls have enticed you to something, so patience is most fitting. And Allah is the one sought for help against that which you describe’” – Surah Yusuf, Verse 18. 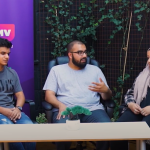 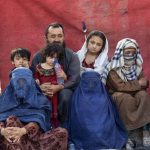 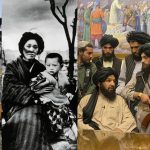 Mirrors for the Prince
|
August 26 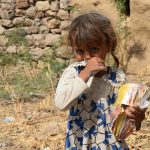