Think outside the box and enjoy the views

Have Halal Will Travel
5th March 2017

Think outside the box and enjoy the views

Europe houses some of the most amazing destinations to travel to when compared to other parts of the world. From romantic Paris to historical Rome, gorgeous Venice and even half Asian half European Turkey. But what about the other less heard of locations that are kept secret from travellers by the locals themselves? These amazing, hidden gems that have yet to be discovered that are probably just a stone’s throw away from where we actually stand?

Well, let us share with you some of these treasure troves, and make sure you visit them the next time you’re off jet setting to Europe. We can tell you, it’s well worth the extra time and effort!

The Azores Islands is an unspoiled paradise located off the coast of Portugal that consists of nine islands, all surrounded by beautiful sapphire blue and emerald green lakes, colourful hydrangeas and azaleas, volcanic caverns, 15th century churches and sprawling sunrises.

Liechtenstein is a tiny, tiny country located between Austria and Switzerland but don’t be fooled! Despite its size, it is also one of the richest countries in the world! A fairytale come to life, think mountain ranges and whimsical castles embedded deep in the Alpine wilderness! A perfect place for skiing and a winter wonderlandddd!

Another extremely picturesque fairytale medieval town come to life, Bruges is located in the northern part of Belgium, and is gorgeous with its cobblestone lanes and canals, historic churches and old school charm. It is also a UNESCO World Heritage City that has retained its Middle Ages roots in today’s modern world!

Welcome to what was once the capital of Islamic Spain, and home to one of the world’s greatest Islamic buildings; the multi-arched Mezquita (also known as Cordoba’s great Mosque). It is located in the center of Andalusia in Spain and declared a World Heritage Site. Be sure to explore the narrow streets of the Jewish Quarter (old Juderia) and Muslim quarter while you’re there for a true look at culture and history. 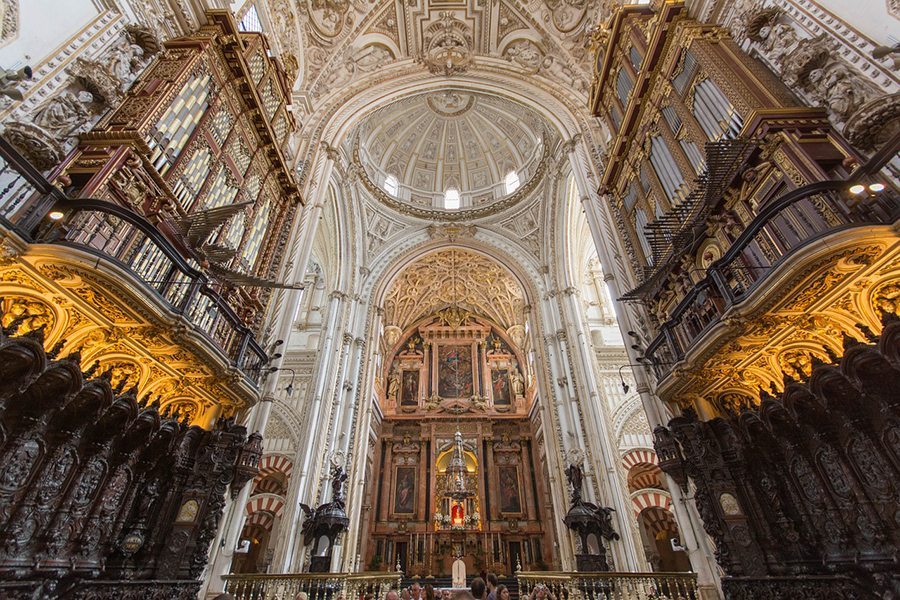 A beautiful Portuguese town located in the pine-covered hills of the Serra de Sintra, Sintra is known for its beautiful heritage buildings, exotic gardens, extravagant residences and glittering palaces. It even houses its own UNESCO World Heritage center- the Sintra Vila and is famous for its Portuguese culture and history. 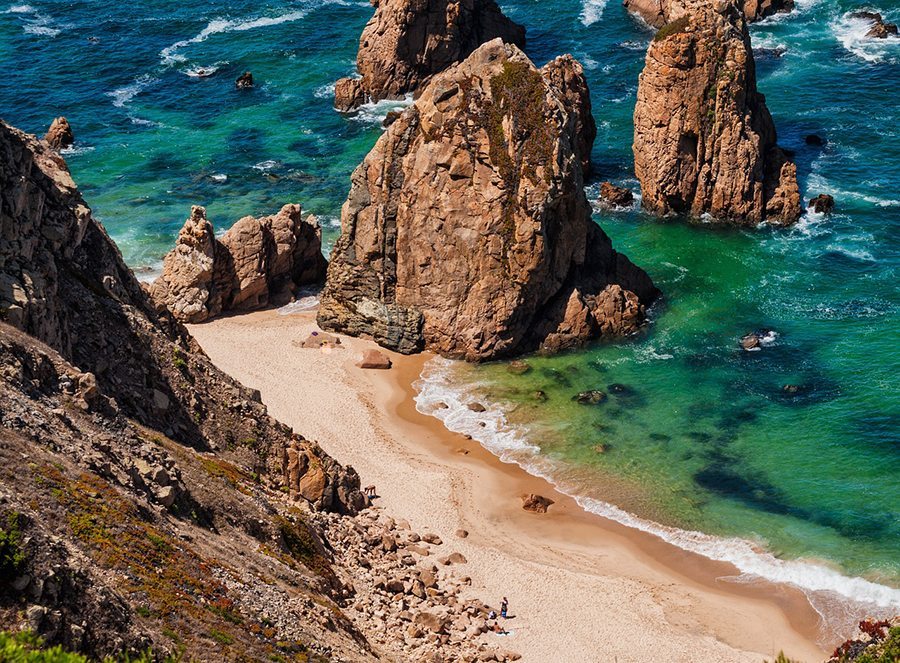 Portree is the main town on the Isle of Skye, and is a bustling port featuring a number of spectacular views and seafood restaurants across the bay. It is listed as one of the most beautiful small towns to visit in Europe, and it isn’t difficult to see why… the power of tiny but extremely beautiful places! 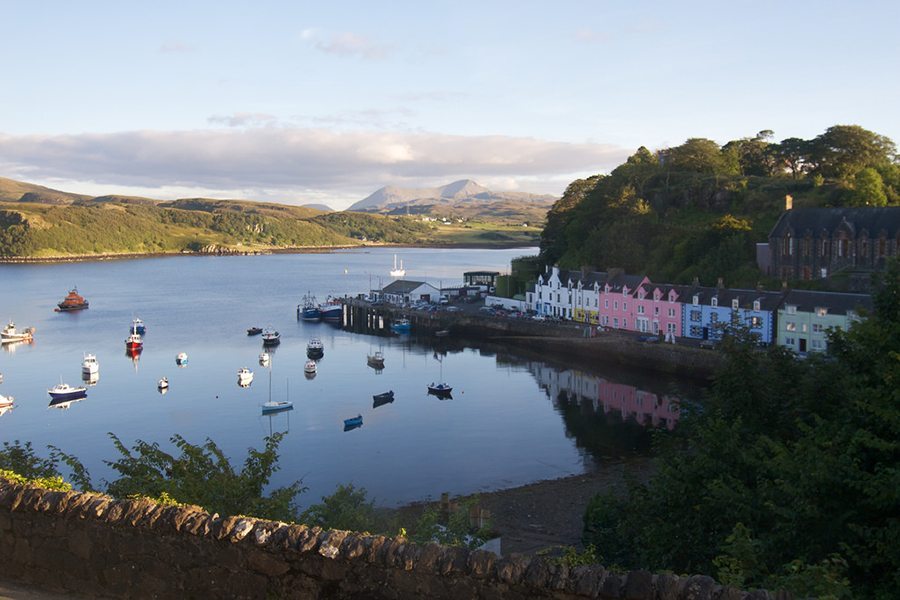 One of the famous scenic villages of the Cinque Terre coast in eastern Liguria, Manarola is the oldest and second smallest town that houses a church; San Lorenzo, and features picturesque buildings dotted down the ravine that leads down to a small harbor below. It features no beach, but has some of the best swimming holes all around! 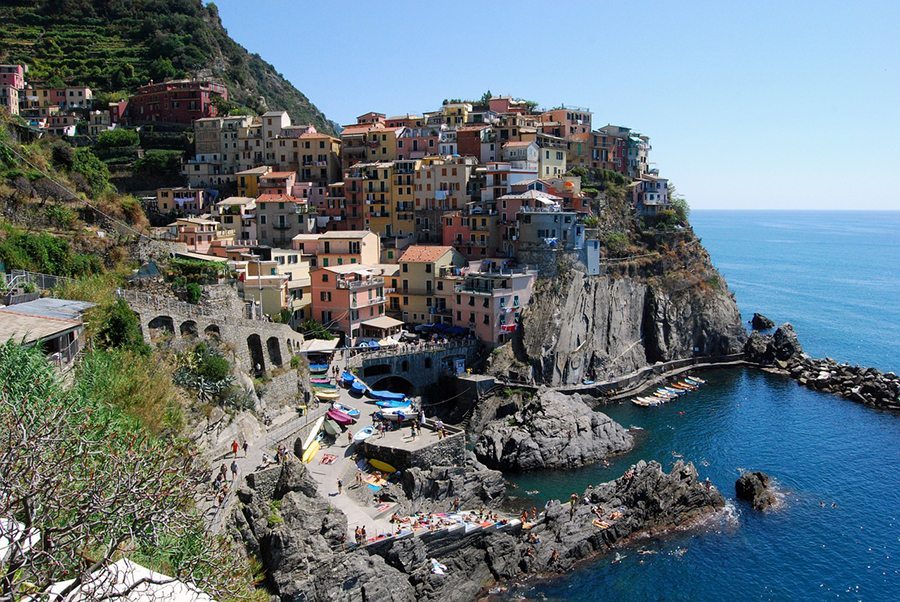 Maastricht is one of the oldest cities in Holland and is a lively and energetic place that mixes the best of Europe- from Spanish and Roman ruins to French and Belgian twists in architecture, your senses will be shocked (in a good way, of course) as it really is an affluent culture center. No trip to the Netherlands would be complete without visiting this amazing town! 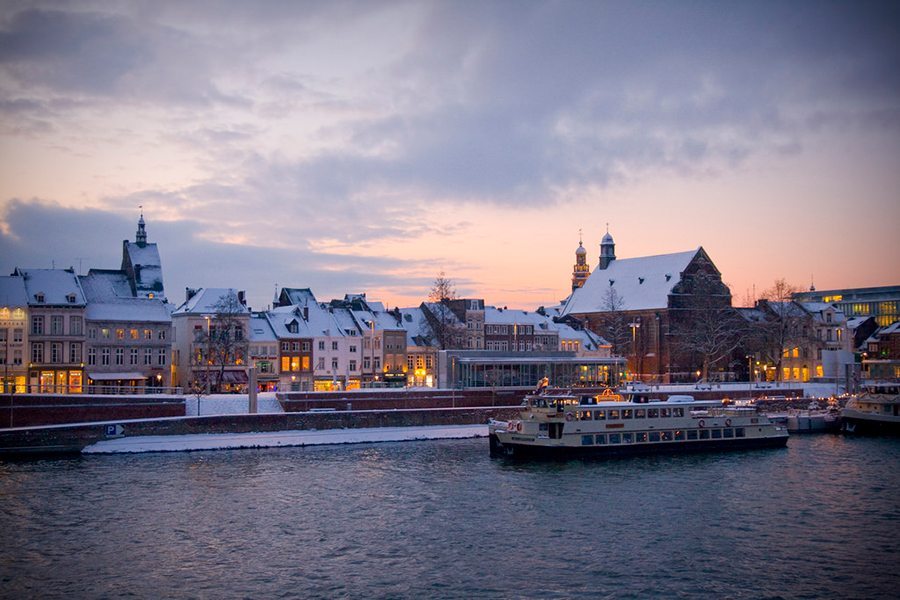 Literally translated as ‘Middle of the sky’ or ‘in the heavens above’– Meteora is the perfect name for a collection of monasteries perched on rock pillar 1300 feet above ground, built by the Greek Orthodox Church in Greece. Visitors are allowed to come and visit the last 6 of these amazing monasteries today, but be warned that the site is a wee bit difficult to access. But by golly, this is one jaw-dropping site that will be worth all the hassle! Do dress modestly though, as it is still a religious place. 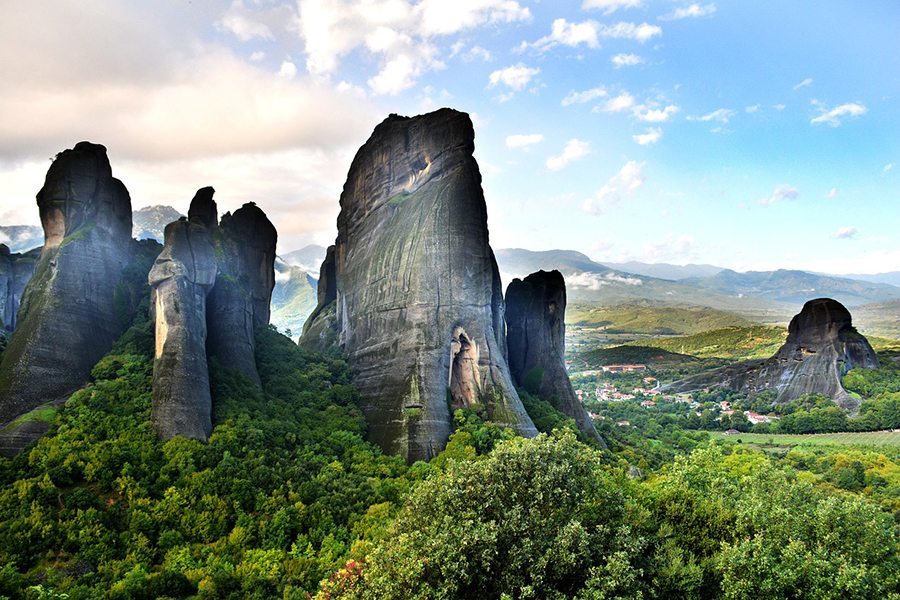 Known as the “Monte Carlo of Switzerland”, Lugano is the largest town in the region of Ticino, bordering Italy. It is one of the most important banking centers in Switzerland and offers many chic boutiques, Mediterranean-style squares, and arcades that sits by the northern side of Lake Lugano. It is a city of art and architecture and is often visited by celebrities and the elite crowd when the camellias are in full bloom. 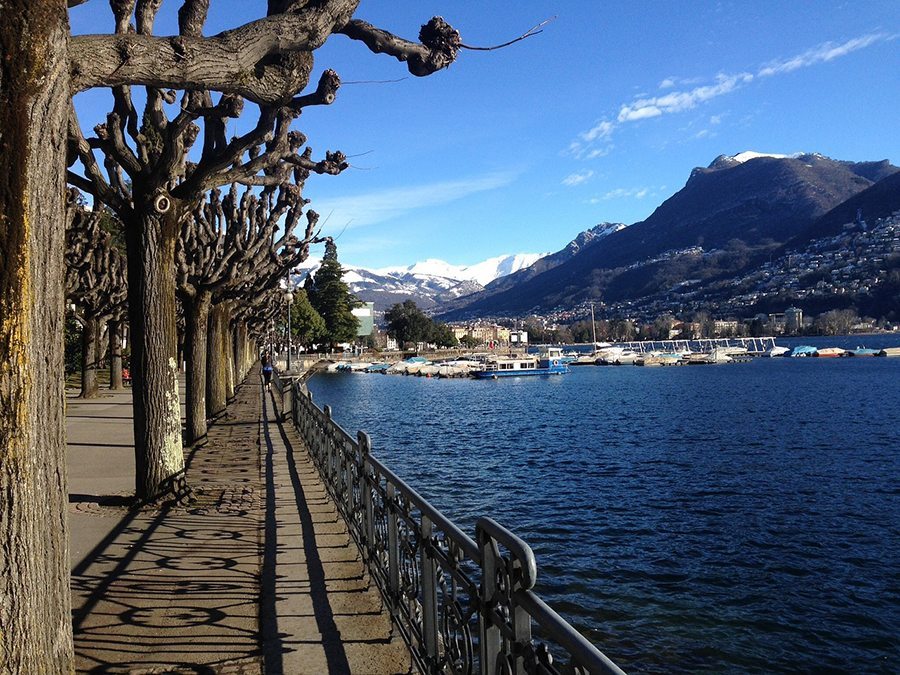 Encompassing five different, but equally glorious towns where small houses are surrounded by nature, namely Manarola, Riomaggiore, Corniglia, Vernazza and Monterosso al Mare. This is the place to go to for an utterly relaxed atmosphere, and natural contrasts of vineyards, olive groves, and citrus orchards, not forgetting the pristine blue waters down below. It truly is a harmonious mix of man and nature. Pick and choose a town, or just visit them all! 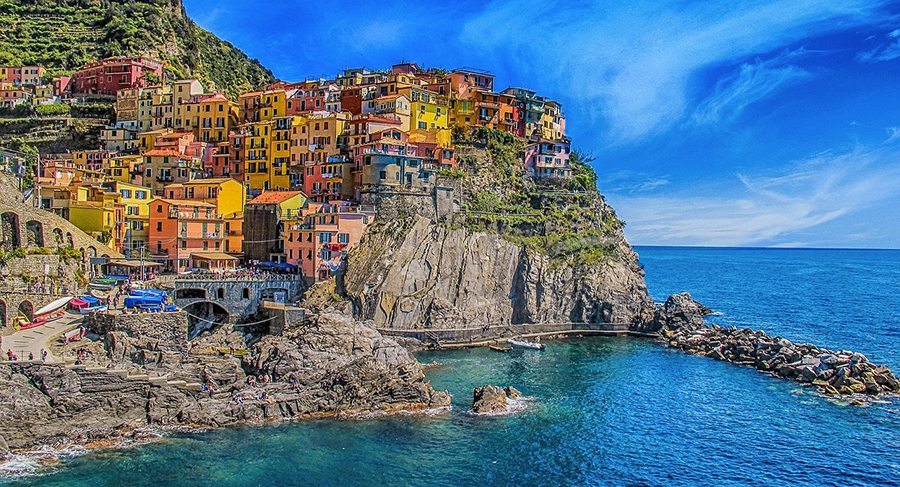 Despite the name Kotor (our Malay-speaking friends should know what this means), there’s actually nothing ‘kotor’ about Kotor at all! Instead, it is located along one of the world’s most beautiful bays and is a city of traders and famous sailors. Kotor is a middle-aged maze of museums, Venetian palaces, and Medieval architecture- making it a UNESCO World Heritage site. 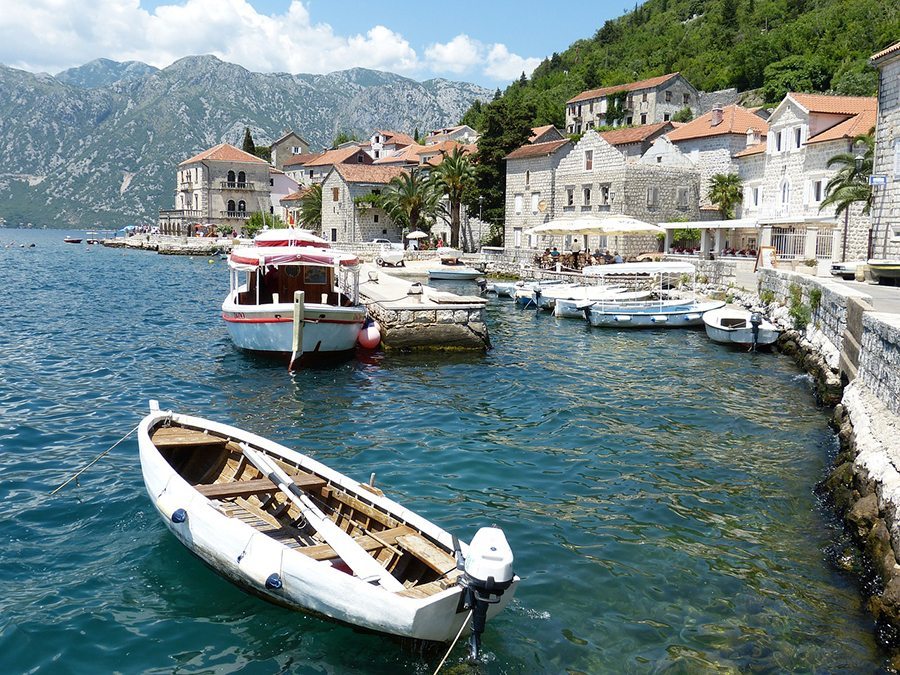 A village in Herzegovina, in the southern part of Bosnia and Herzegovina is Blagaj, a haven of peace and natural harmony. The famous Blagaj Tekija is a majestic sight among visitors- as it is a Dervish monastery situated at the base of a cliff next to the source of the river Buna. 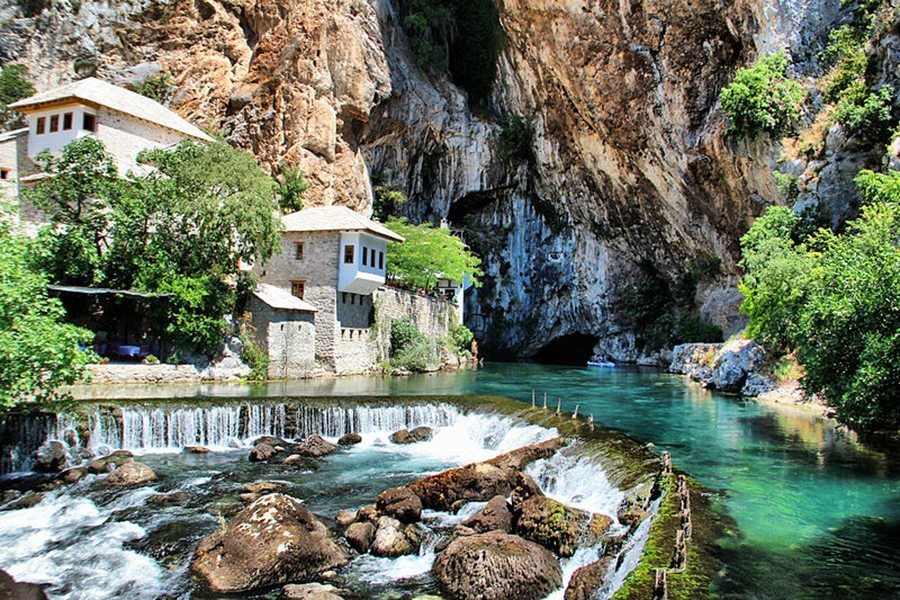 The perfect place to go if you’re looking for solitary beaches, silence and beauty, tranquility and nature at its best. There are no tarmac roads here, only serene beaches and volcanic mountains- the most serene of the entire Canarian Archipelago! 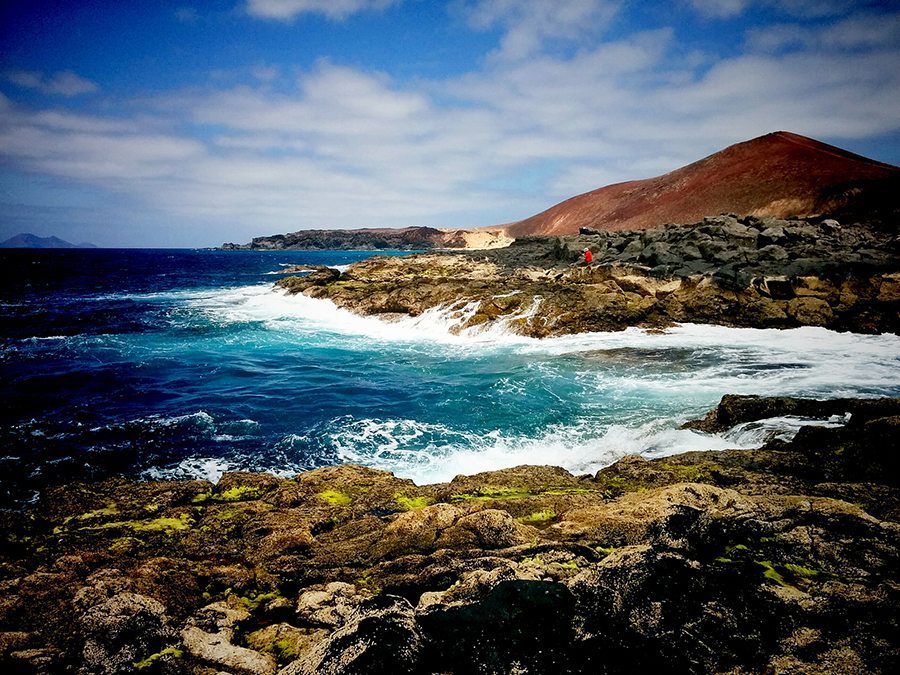 Known for its small fishing villages, Lofoten offers amazing attractions such as the famous northern lights and midnight sun, majestic mountains and long, surf-swept beaches. It is one of Norway’s best sites for surfing, and it also has a strong connection to the Viking Age. Pack your surfboards and get ready for some awesome waves. 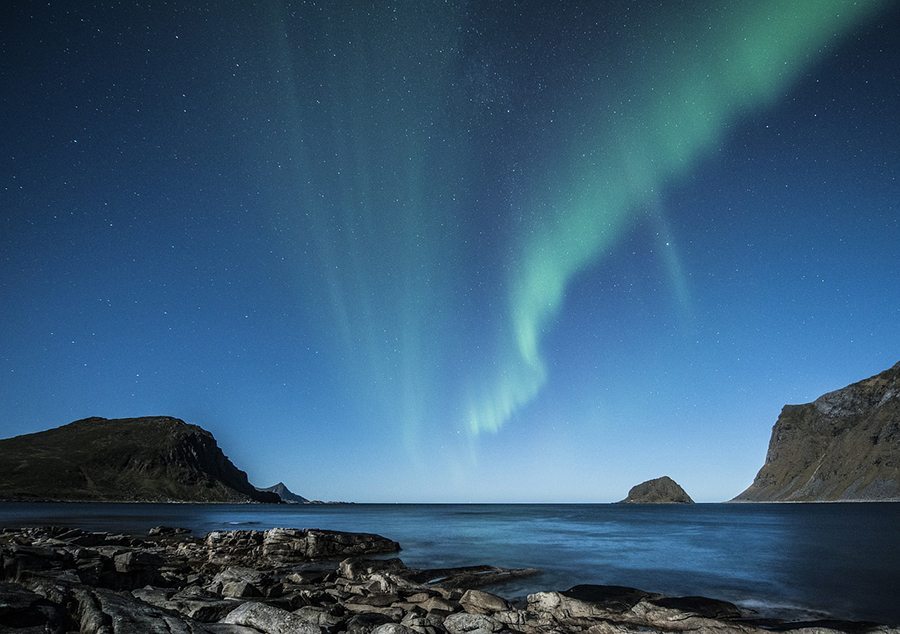 Don’t all of these places look absolutely breathtaking? So maybe for your next trip to Europe, you’ll skip the usual spots and take a detour to any of these equally, if not more gorgeous places instead. We hope you have a very happy journey ahead.

by Sufinas for Have Halal, Will Travel

If you’re new to Have Halal, Will Travel and think that we’re another halal food blog or halal blog… Well, we’re more than that! Though you’ll find lots of halal food guides on our site, we’re on a mission to inspire more Muslims to see the world by making it easier for Muslim travellers to plan their trips!

Have Halal Will Travel
If you're new to Have Halal, Will Travel and think that we're another halal food blog or halal blog... Well, we're more than that! Though you'll find lots of halal food guides on our site, we're on a mission to inspire more Muslims to see the world by making it easier for Muslim travellers to plan their trips!