Being and becoming Métis and Muslim

What does it mean to search for your roots, and make new ones?

What does it mean to search for your roots, and make new ones?

This is the first in a two-part series on the experiences of Dr. John Andrew Morrow (Imam Ilyas Islam) on his journey towards finding himself, his roots and becoming both Métis and Muslim. The Métis are people of mixed European and Indigenous ancestry, and one of the three recognized Aboriginal peoples in Canada; the use of the term Métis is complex and contentious and has different historical and contemporary meanings. For more, click here.

During the time of my grandparents, we were simply Canadians, a term used to distinguish us from the English invaders and colonizers. During the time of my parents, we moved from being Canadians to hyphenated French-Canadians. During my time, we moved from being French Canadians to being Québécois. Our identity was becoming increasingly narrow as we became increasingly minoritized and marginalized in the new multicultural Canadian mosaic.

Although my maternal family was clear that they were French, French Canadian, and Québécois, my paternal family was more ambiguous. My paternal grandfather was a Quebecker of Irish ancestry. His family had been in la Belle Province for generations. He spoke fluent French and became renowned as an expert woodsman and fisherman. My paternal grandmother spoke English as a second language – she only learned it after marrying my grandfather. I never heard her describe herself as French, French Canadian or Québécois. Her origins were obscure. She never spoke about her parents, her family, and her past. We assumed she was hiding some painful family secrets. As my father said when I asked him about our origins:

“Whatever we are, be proud of it.”

As much as my name was Irish, I knew that I was only Irish by direct paternal ancestry; not by language, culture, or identity. At the same time, I knew, deep-down, that we were not entirely French Canadian either.

My maternal grandfather, who spoke nothing but joual, a 16th-century French dialect, peppered his colorful language with indigenous words: “Grand Manitou”, something he would cry out when he was shocked, surprised, or excited. My maternal grandfather used to invoke the Great Spirit. When I asked my maternal grandmother about our ancestry, she mentioned that we descended from the coureurs des bois, the runners of the woods; they were the trappers, traders, and voyageurs who traveled North America from North to South and East to West and were mostly Métis. They were of mixed ancestry: part French and part First Nations. They typically spoke Métis French along with half a dozen indigenous languages. Among themselves, they spoke a language of their own, a mixed language, known as Michif.

“Do we have any Chinese in our family?” I once asked my mother when I was a child. “Not that I know of,” responded my mother. “Why do you ask?” “Well, we have many family members with Oriental eyes,” I pointed out referring to the epicanthic eye-folds that I noted on my cousins and maternal grandmother. I also noted that, with the exceptions of my paternal and maternal grandfathers, who were blue-eyed blonds, the rest of my relatives had thick, jet-black hair, and while their complexions varied, many of them had olive colored skin and high cheekbones. In fact, some of my uncles were so dark that some of my mulatto friends had lighter skin than my family members. Although we were proud of our Francophone culture, it was clear that we were not entirely European. If some of us appeared white, it was only on the outside.

After my family relocated from Québec to Ontario, my sense of Otherness intensified due to discrimination. My circle of friends consisted of people like me, who were different, and was made up mostly of immigrants, African Canadians, and Asian Canadians. As a French Canadian, and as a Quebecker, I was an outsider to Anglo Canadians. Consequently, I always insisted upon being Québécois. In short, I had roots dating back to the 16th century. As was eventually to be revealed, those roots traced back tens if not hundreds of thousands of years.

As a teenager in Toronto, I was fond of collecting, listening, and singing traditional French-Canadian folk-songs. Some of these songs were clearly from France, some dating back to medieval times. Others dated from the Encounter between the Old World and the New World. They were songs of voyageurs, loggers and raft-men. I literally learned the entire repertoire of traditional French-Canadian songs by heart. Apart from a few songs, which were clearly composed by Métis runners of the woods, my relatives in Québec were completely unfamiliar with the songs that I would sing. “But these are traditional French-Canadian songs that are accompanied by a guitar,” I asserted. “What kind of music did you hear at home?” I asked my mother. “There were dances every weekend,” she responded, “They played the fiddle; not the guitar. Your grandmother played the spoons. And they used to dance to jigs.” When I played French-Canadian songs to my mother, she could not identify them. However, when I played her Métis music from the prairies, it was like taking her back in time: that was the music they played in her childhood home.

From the time I was a small child, I sensed that we had indigenous roots. My grandmother had said so subtly herself: we descend from the runners of the woods. I was always at home in the forests of the eastern woodlands of North America. I would wander for days on end in the traditional territory of the Algonquins in the company of my cousin. As I child I danced in pow-wows in northern Ontario. As a teenager and a young man, I attended indigenous events in and around Toronto. As a university student, I was a regular at the Native Canadian Center in Toronto and at events organized by Mayan, Quechua-Aymara, and Mapuche Indians. I stood in solidarity with the First Nations of the Americas. Rather than lose my time and my soul dancing in discos of Western decadence, I would spend my time celebrating Inti Raymi with the Incas and other events of cultural and spiritual significance. I remember a friend of mine looking at an old family portrait of my father, his parents, and his sisters. He said: “They look Latino. Your grandmother looks Indian.” In the words of my Salvadorean friend, “If you told me this was a Mestizo family, I would believe you.”

I was of indigenous ancestry. I embraced the indigenous worldview. I celebrated indigenous culture. I devoted myself to the indigenous studies at the undergraduate and graduate levels. I completed both an M.A. thesis and a doctoral dissertation on indigenous themes: The Indigenous Worldview in César Vallejo and The Indigenous Presence and Influence in Rubén Darío and Ernesto Cardenal. I would eventually publish the former in a peer-reviewed journal while the latter was published as two separate academic monographs, Amerindian Elements in the Poetry of Rubén Darío: The Alter Ego as the Indigenous Other and Amerindian Elements in the Poetry of Ernesto Cardenal: Mythic Foundations of the Colloquial Narrative.

As much as I was indigenous by blood, by mind, and by soul, I was reluctant to assert my identity openly due to lack of documentation. (How silly is that? Did our ancestors have Indian or Métis status cards? Why do we continue to allow others to define who we are as a people?) Still, I was drawn to participate in wasipis with the Dakotas, Lakotas, and Nakotas in South Dakota, and to visit the Three Affiliated Tribes of the Fort Berthold Reservation in North Dakota. My life journey brought me from Québec to Acadia, from Acadia to Québec, from Québec to Ontario, from Ontario to Missouri, from Missouri to South Dakota, from South Dakota to New Mexico, from New Mexico to North Dakota, from North Dakota to Indiana, and from Indiana to Michigan. I realize now that I was retracing the paths of my ancestors, my predecessors, the Métis traders of centuries past. As my research would find, I have indigenous relatives in all these regions.

Dr John Andrew Morrow (Imam Ilyas Islam) is an Amerindian with Canadian and American citizenship. He received his PhD from the University of Toronto in the year 2000. He worked as an Assistant, Associate, and Full Professor of Foreign Languages for over a decade and a half at Park University, Northern State University, Eastern New Mexico University, the University of Virginia, and Ivy Tech Community College. He is the author of over thirty academic books in the fields of Hispanic, Islamic, and Indigenous Studies, including the critically-acclaimed Covenants of the Prophet Muhammad with the Christians of the World. A public figure and activist, he lectures all around the globe and acts as an advisor to world leaders. In recognition of his accomplishments, Dr Morrow received an ISNA Interfaith Achievement Award in 2016.

Dr John Andrew Morrow
Dr John Andrew Morrow (Imam Ilyas Islam) is an Amerindian with Canadian and American citizenship. He received his PhD from the University of Toronto in the year 2000. He worked as an Assistant, Associate, and Full Professor of Foreign Languages for over a decade and a half at Park University, Northern State University, Eastern New Mexico University, the University of Virginia, and Ivy Tech Community College. He is the author of over thirty academic books in the fields of Hispanic, Islamic, and Indigenous Studies, including the critically-acclaimed Covenants of the Prophet Muhammad with the Christians of the World. A public figure and activist, he lectures all around the globe and acts as an advisor to world leaders. In recognition of his accomplishments, Dr Morrow received an ISNA Interfaith Achievement Award in 2016. 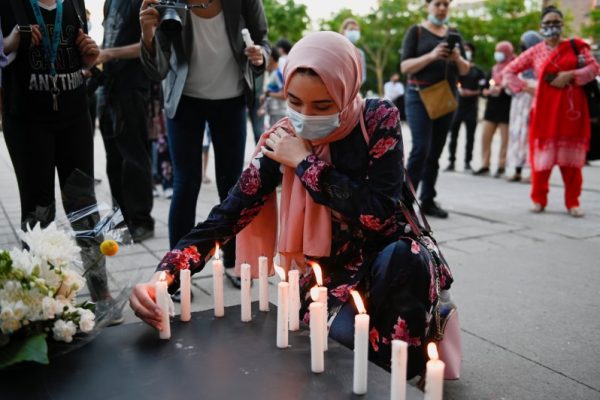 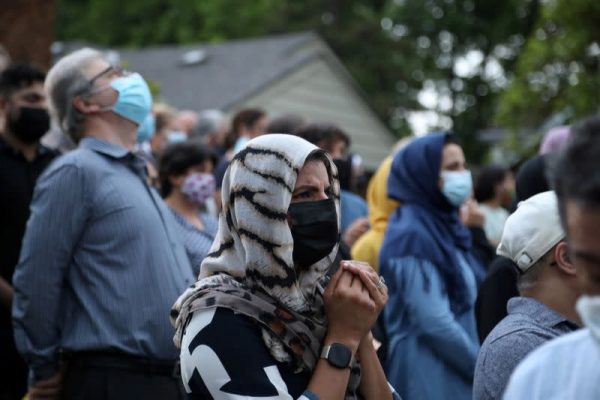 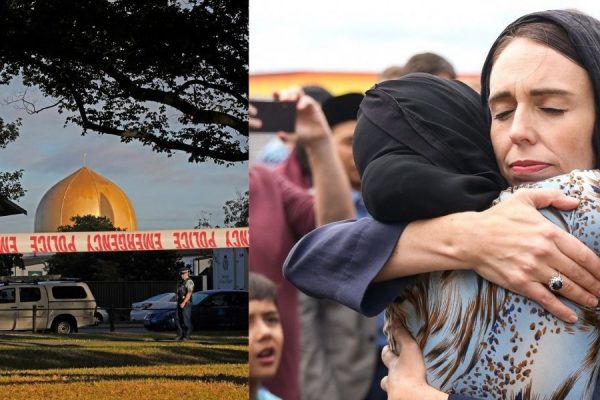