So as a maths teacher, I of course deal with boring old numbers on a daily basis, and like the kids that I teach, you’re probably already switching off! I hope not, because I honestly believe numbers are a divine system, and code if you will, gifted to us by Allah.

I mean let’s face it without zero and one, technology wouldn’t exist. Binary numbers are the basis of all logarithms, and formulate the very text you are reading. However, if it is divine, it should be more obvious to us in life shouldn’t it?

Well hold on tight, as I’m hopefully going to open your eyes to some incredible facts that ties God, numbers and creation together.

The Fibonacci sequence is a great example. Discovered in the early 11th century, by the Italian mathematician, it is a pattern which starts with zero, and the next number is the sum of it’s previous two numbers (0, 1, 1, 2, 3, 5, 8 and so on). Don’t nod off yet, you can transfer this to make a perfect spiral on squared paper. Moreover, you can see these same special spirals in real life all the time; in flower buds, vegetables, animals, an elephant’s spout and even the human ear!

Now I don’t know about you but this really makes me start thinking that Allah made Himself present in all sorts of ways, so that we could constantly appreciate his bounties. It’s at this juncture I resort to the Holy Quran:

“And if you count the favours of Allah, you could not enumerate them. Verily, God is All-Forgiving and All-Mericful.” Quran (16:18)

Now, I know there are a few places in the Quran where such a line is used to describe the One and all-beautiful creator, but not only does the idea of counting (back to numbers we go) appear here, but there is something special about the digits in that specific reference. The number 1.618… (a recurring number known as Phi – pronounced fi) is actually a very special mathematical number, it is known as the Golden Ratio.

The Golden Ratio arises when a length a is Phi times as long as a length b, and furthermore, the length of a+b is also Phi times as long as length a. Confused? Don’t be. Look at the extraordinary example of the human finger and arm below! If you do a bit more digging, you’ll even notice that the Fibonacci series approximately follows the Golden Ratio too!! *mind=blown* 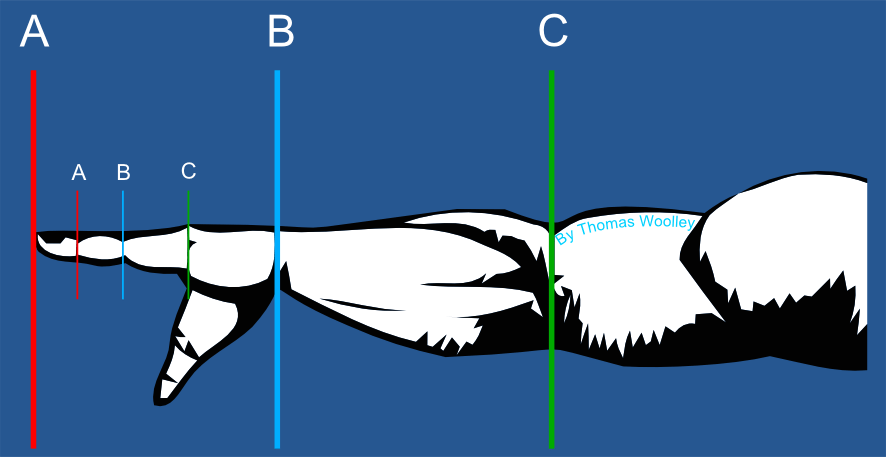 The same Golden Ratio can be seen in all sorts of weird and interesting places, including hurricanes, faces (apparently the closer your facial features reflect the ratio the more attractive you are), insects, works of art and much more. Check out this link for more

Lastly, and we have to end on a jaw dropper, using a golden ratio, guess where the centre of the world is? Yes, it is that very holy site that approximately 1.7 billion people pray towards it five times a day! I’m usually a bit sceptical, so I did my own calculations and research using www.timeanddate.com for longitude. Sure enough, the distance from Mecca to the south pole, compared to the distance of Mecca to the north pole, is in the golden ratio [note – it was 1.62 as the distances are themselves rounded! I couldn’t check the latitude as it’s more tricky due to the lack of an East and West pole – perhaps homework for all you readers?!]. If all of that was a little confusing, then hey just check out the video below which summarises most of what I’ve said.

There are lots more numerical/natural phenomena, some fabricated on various websites, but other proven by Muslims and non. Ultimately I can’t help but believe that in numbers, there is a sign of God.

A Conversation on Growth-Focused Relationships (Part One)