Muslim men need a lot more patience if they’re going to keep their wives happy, without losing their mums

Muslim men need a lot more patience if they’re going to keep their wives happy, without losing their mums 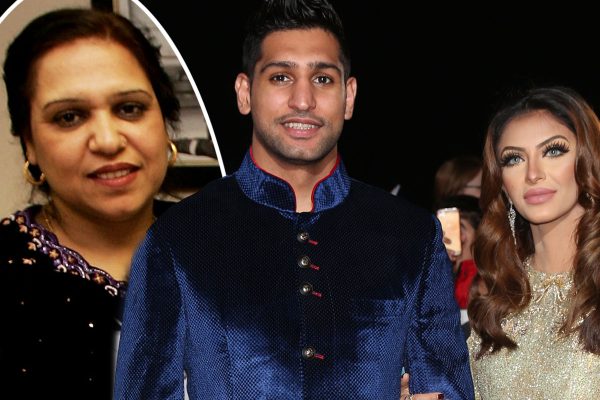 Boxing champion Amir Khan is revered by many young Muslims for being an unapologetic British Muslim Pakistani sporting sensation, with a glamorous life to match. His marriage has been the subject of much public debate and whilst it appears to be back on track it would appear that it’s now cost him his relationship with his parents. Balancing these sensitive family boundaries, it seems, is going to be the fight of his life.

Being successful, Muslim and in the public eye makes you, whether you like it or not, a British Muslim influencer and it’s no understatement to say Amir Khan and his wife Faryal are one of the most influential Muslim couples around. How the couple wrestle with their personal problems outside of the ring has just as much impact as how well Amir does inside the ring.  Their public profile means the decisions they make and the stories they put out will inevitably be perceived through the lens of their culture and religion, and will have an impact far beyond their family circle.

Like many young Muslim men, Amir has struggled to draw a clear line between the deference he has to his parents and the responsibilities he has to his wife. The balancing act can go very sour very quickly, and trying to give everyone what they want, even with the best intentions, is a recipe for disaster. In order to have strong relationships and build strong families, you have to be willing to make strong decisions, and in an extended British Pakistani family, that’s no easy feat.

Running SingleMuslim.com and having worked with thousands of couples, it’s genuinely heartbreaking to see how many Muslim couples have their relationship tested to the limit because of the outside pressures put on it.

We want happy marriages, but we also want happy extended families,  It’s difficult to imagine one without the other, so it’s no wonder if they often end up on on a collision course.

I’m proud that our faith and culture protects families, in the widest sense of the word – not just our partners and children, but our parents, uncles, aunts, grandparents and so on. Those extended family networks are not just a South-Asian or a Muslim thing, it’s been the norm for most of human history. It’s part of our fitrah, our primordial nature. In fact, a century ago or so, living in extended families would probably have been sold as one of those infamous British values we hear so much about! There are still parts of Southern-Europe where it’s the norm.

Extended family networks provide social services, welfare, therapy, marriage counselling, childcare, transport, accommodation – in short, everything that is now handed to us by a website, an app, or the government. It worked, because couples understood that you needed so much more than romance to raise a happy, thriving family.

But a lot of the Muslim newlyweds and nearly weds I’ve met simply haven’t spoken, or even thought, about this. They’re so focussed on the falling in love bit, they’ve not really spent much time thinking about what happens after you’ve fallen. The effort spent on learning and discussing how to build a successful marriage pales in comparison to the effort spent picking dresses, drafting guest lists, and keeping their Instagram game on point. Just imagine if the same amount of money that was spent on the big day (like Amir’s £1 million bash) was spent on the big relationship that will define you till death (or divorce) do you part?

We live in confusing times. With so many competing ideas and narratives out there, it’s crucial that couples, and ideally prospective couples still courting, invest real time, energy and emotion in understanding the challenges and pitfalls that every relationship will face. It doesn’t matter how in love you are or how much you trust the other person, you will trip up. And managing your extended families is one of the biggest obstacles young couples will face. There is no one size fits all solution. Some women would rather die than imagine living with their in-laws, others might be excited at the prospect of living with a large family.

So what does our faith say about his? Islam is rooted in fairness, justice and mercy and sets out some key guiding principles that provide the framework for a thriving relationship. The bride, in the first instance, always has the right to her own private living space as part of any marital relationship. That’s means, just as importantly, an emotional as well as a physical space.

Whilst she may choose to forgo a private home and live with her in-laws, she can, according to Islamic law, change her mind whenever she chooses and the husband is expected to provide that home at least at the standard of living that she was used to prior to being married. And remember just because you live in a separate space doesn’t mean you are immune to emotional incursions from wider family members.

At the same time, our faith stresses the importance of maintaining ties of kinship and honouring and serving our elders. The secret is defining clear boundaries at the beginning of the relationship and the onus of this typically falls on the new groom to make clear to his parents that he’s no longer a young child and his private space and his marriage should never be intruded upon. Remember, whatever proximity, service, time and energy that is invested by the couple into serving the husband’s family should equally be spent on the wife’s family. Her parents have no less a status and must equally be honoured and respected.

South Asian cultural practice doesn’t trump our faith. Of course, everything is on a case by case basis and typically in South Asian families the bride moves closer to the groom’s family, but that doesn’t make her family obsolete.

It’s important to remember that a marriage can only truly thrive when your relationship is part of a community – and that community begins with your extended family. Islam is a communal religion just as much as it is a private one. We are tasked with praying in the middle of the night and equally tasked to join the community for Friday congregational prayers. Key life events like marriage contracts can only be conducted with family and social involvement.

I imagine for Amir Khan, it’s easy to lead with your best foot and put on an image of perfection when you’re on the red carpet or posting an Instagram selfie. But there’s a reason why marriage in Islam is half your faith: It’s not easy! Your closest family members know the real you. You can’t put a filter on real life. It’s messy and gritty and it’s hard work – but it’s worth it.

Amir has proven he has the dedication, patience and perseverance to become a champion on the world stage. It’s those very same skills that he must draw upon to become a champion in the eyes of his family too. You can’t win championships on your own; you need help, support, guidance, mentorship and community. The same goes for a successful relationship; you hit a rough patch, it takes real strength to know when to ask for help, support and guidance.

Regardless of the dramas unfolding in the Khan household, I’m certain if they’re able to return to the principles and guidelines set out in our faith, they will find the antidote to the challenges they face, and turn those despised outlaws back into loving in-laws

Remember, just as a mother in law is adapting to a shift in her role in life, her daughter in law is adapting to the rigours of newlywed life – both challenging transitions. Throw in health challenges for the mother-in-law and kids for the daughter-in-law and you can see how both of them need support. They both need love and care from the same man and so men must step up and realise a successful marriage is one that is rooted in the service of his household.

That’s the real fight, and winning that battle is what real champions are made of.

Adeem Younis
Adeem Younis is a Muslim relationship expert and the founder of SingleMuslim.com 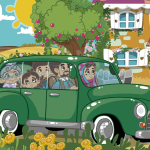 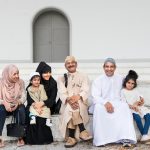 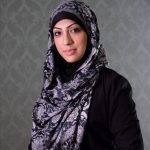