For Muslims, every day is Mother’s Day

The Holy Quran realizes the hardship the mother endures during pregnancy, and commands people to be good towards their parents, specifically their mothers.

The Holy Quran realizes the hardship the mother endures during pregnancy, and commands people to be good towards their parents, specifically their mothers.

Mother’s Day falls on different days depending on the country in which it is celebrated. It is held exactly three weeks before Easter Sunday in the United Kingdom, which is why the date keeps changing. Australia, Canada and the United States all celebrate it on the second Sunday of May.

Although I really value the idea behind Mother’s Day—recognition of your mum and everything that she has done for you, keeps on doing for you and will always do for you—I think that mother’s day should be celebrated everyday!

So yes, visit your mum and get her flowers and a gift today. A week later, say you appreciate her. After a month, don’t forget to tell her that you love her and thank her. Make it “mothers day” as often as you can!

Islam is often portrayed negatively in the media when it comes to the treatment of women. It is time that we paint a new picture of what the reality genuinely is. This article will not be discussing so-called ‘Islamic countries’ or ‘traditions/cultures of the Arab world’. Instead it will focus on what Islam as a religion says about mothers. 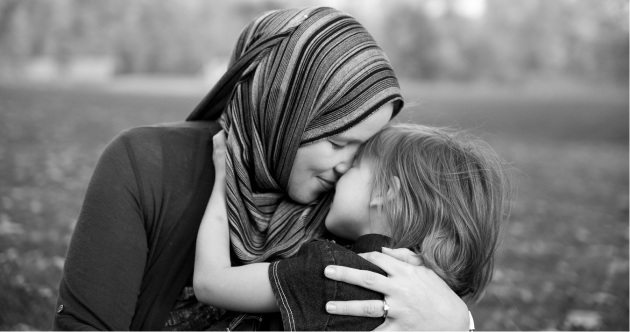 It could not be clearer in the Holy Quran, it is written in black and white that you should “Worship Allah and join not any partners with Him; and be kind to your parents…” (Noble Quran 4:36). Allah is giving out a command that starts with a straightforward headline to worship God, which is immediately followed in the same sentence with ‘be kind to your parents’. The Quran has been written in a very precise manner, with specific words put in very specific places to mean something very unique. It is no coincidence that Allah commands his worship to be followed immediately by a command to be kind to your parents. This theme is repeated within the Quran.

The Holy Quran realizes the hardship the mother endures during pregnancy, and once again commands people to be good towards their parents, specifically their mothers.

“And We have enjoined on man [to be good] to his parents: in travail upon travail did his mother bear him and his weaning was over two years. Be thankful to Me and to your parents, unto Me is the final destination.” (Noble Quran 31:14)

Some scholars interpret this hadith as saying the first answer is in appreciation of your mother’s pregnancy, the second is the appreciation of the pain in labour while delivering the child and the third is to appreciate her breastfeeding you.

Another hadith that is narrated to us, is that one day someone came to Prophet Muhammed and said, “I want to perform Jihad in the way of Allah.” The Prophet asked, “Is your mother alive?” He replied, “Yes.” The Holy Prophet then said: “Cling to her feet, because Paradise is there.” Of course, there are two types of Jihad, the lesser outer jihad (al-jihad al-asghar) is the physical act of war but only in terms of self defence (we can discuss this on another day) and the greater inner jihad (al-jihad al-akbar) is a personal struggle of self-improvement against the self’s base desires. 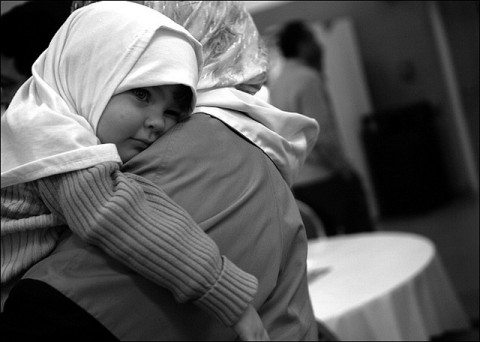 Imam Ali bin Hussain, the great grandson of the Prophet, said: “Coming to the rights of relatives, it is the right of your mother that you should appreciate that she carried you [in her womb] as nobody carries anybody, and fed you the fruits of her heart which nobody feeds anybody, and protected you [during pregnancy] with her ears, hands, legs, hair, limbs, [in short] with her whole being, gladly, cheerfully and carefully; suffering patiently all the worries, pains, difficulties and sorrows [of pregnancy], till the hand of God removed you from her and brought you into this world.”

“Then she was most happy feeding you, even if she herself had no clothes; giving you milk and water; not caring for her own thirst; keeping you in the shade, even if she had to suffer from the heat of the sun; giving you every comfort with her own hardship; lulling you to sleep while keeping herself awake.”

“And [remember that] her womb was your abode, and her lap your refuge, and her breast your feeder, and her whole existence your protection; it was she, not you, who was braving the heat and cold of this world for your safety.”

“Therefore, you must remain thankful to her accordingly, and you cannot do so except by the help and assistance from Allah.” (The Charter of Right, p.18)

Thank you super mums, for everything that you do.

The original article can be found here.