Can you fight depression with religion?

Can you fight depression with religion? 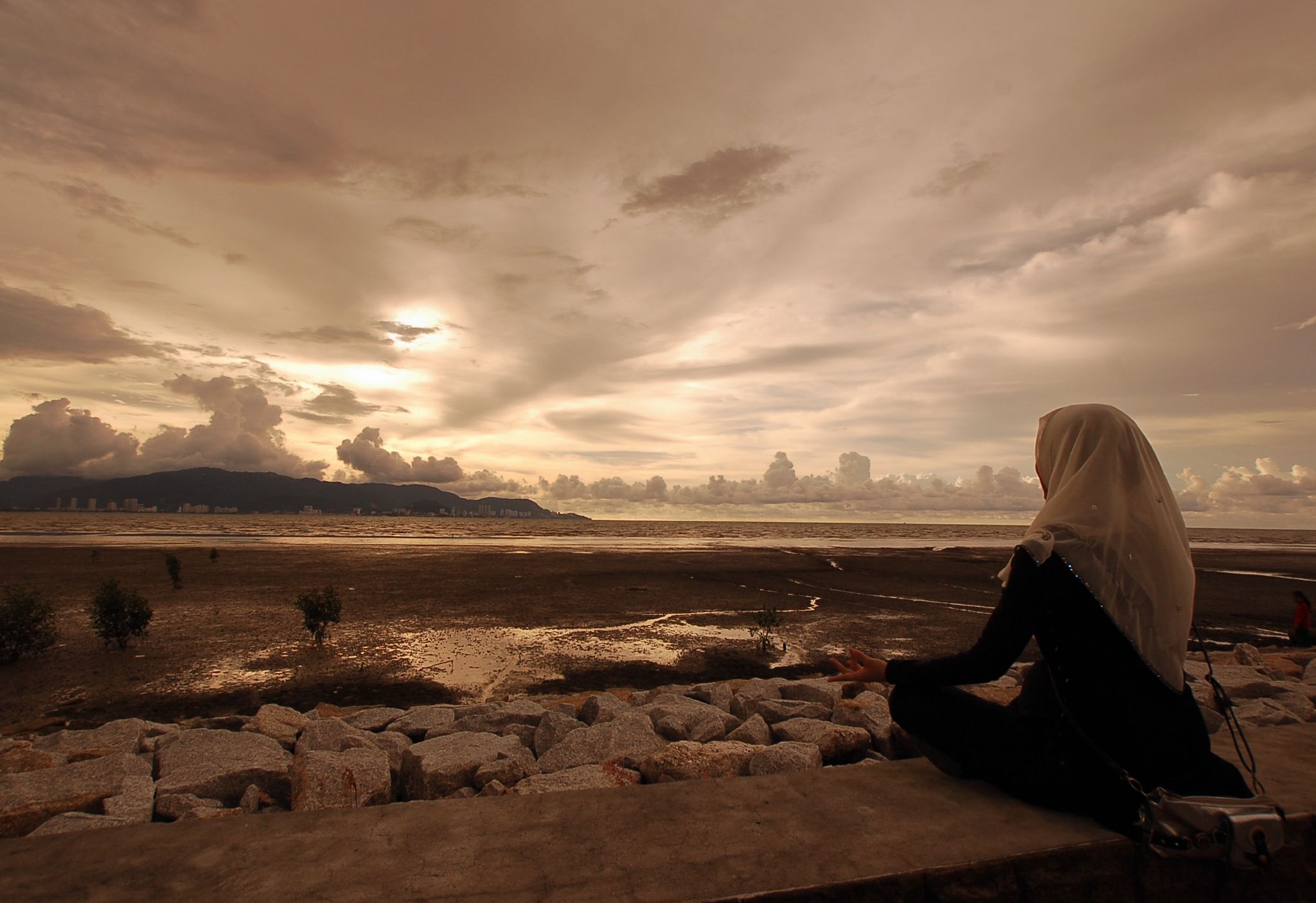 Mental health is a real issue. But the question that most commonly arises is: can you fight depression with religion?

Within my culture, the approach towards the matter of depression and mental health is rather blunt. With religion and sacred beliefs firmly rooted inside them, there’s very little room for science and psychological understanding to broach this subject. If one was feeling sad or subdued unhealthily long, holy text and sacred words get blown in their face and, God Willing, they will feel better.

I thought about this a while back when I witnessed people’s reaction towards a person who suffered from depression. “They lack God in their life” they’d say, as if that was the sole reason why the waves of hopelessness and self resentment were crashing into their soul. Could it not be that the Merciful Creator that had moulded that very soul had stepped away from it in its most desperate time of need? Surely that simply cannot be the case. God is the one who is closer to you than your jugular vein, the One who said:

I pondered this situation of depression and its ties with religion and didn’t find its answer until months later when I went through my first real depression. No life changing experience or traumatizing circumstance, but one thing lead to another and I got extremely depressed seemingly overnight. Bouts of anger and resentment and self-loathing would fill my waking moments, bad dreams would fill the rest. I would feel hate towards my parents, my siblings, even my little nephew and niece. All the aforementioned here are actually the most dearest human beings on this earth to me, but in that dark pit I found my feelings and emotions reversed. I’d throw tantrums which would result in me crying, something I really hated to do. I’d fuss around banging stuff and breaking things that were destined to be thrown away anyway. Looking back, I’m surprised I had the decency to be considerate and be recyclable. In one of my bouts I strained my knee, which pained me so much that it prevent me from sleeping. I had to wrap it and keep it elevated, which forced me to stay in bed and rest.

That made everything worse. Sitting still made my depression boil over and work deep into my bones. I wouldn’t eat nor drink, and with my lips chapped and my face getting visibly paler, I caught the attention of my loved ones (but in the state I was in: hated ones). I begrudgingly assured my mom it was because of my knee that I was sick, begrudging here because she (a mother) didn’t deserve to know why me (her baby daughter) was physically and mentally perishing before her eyes. I would feel rage towards everything and everyone. I would shut my eyes hard if my four year old niece would come into my room and show me her drawings, explaining what the scribbles were in that high pitch voice of hers. My nephew would join her and they’d both start monkeying around my room which was easy enough to zone out, except when my nephew would call my name repeatedly, setting my teeth on edge. Eventually I’d kick them out with orders to never return, orders that they’d break ten minutes later when they’d come back to ask permission to take a paper from the abundant library of notebooks I had. Their innocent souls should have impacted me in the state I was in, as there was a reason why I loved them so much, their good manners being one. But I just turned them down, snapping and pointing at the door, screaming for them to close it on their way out. Looking back, I was very much like the Grinch trying to intimidate Cindy Lou, but the kid kept coming back unfazed.

I would try to waste time, scrolling through my phone, trying to dull my senses, only to look at the clock and find the day still wasn’t over. I’d sigh roughly and hobble my way downstairs with my bad knee to the kitchen, not really hungry, but still ventured there anyway to try and look for a way out of my bad mood. I wouldn’t find anything, in fact it only made me worse.

Rage and nausea took over next and eventually, when the nausea overcame the rage, I threw up. They say that the epitome of sickness is when you throw up, after that the pain would ebb away. Nothing was ebbing within me. I just laid in bed clutching my chest, hoping the pressure of my hand would keep the acid down. I stayed like that for some time, scrunched in a ball, waiting for the pain to go away, when I heard my sister calling my other sister, who’s in Europe, on the phone. Their conversation was muffled to my ears, but it only cleared when my sister living with me talked about her dream she had last night – There was a snake, a huge one, slithering in our house – At the sound of her words, I opened my eyes squinting at her as she continued to talk on the phone. So many things went through my mind at once that I actually uncurled myself and sat up slowly, rubbing my eyes.

Satan. His favorite form to be in was a snake. In the garden of Eden, he came to Adam and Eve as a form of a snake. It’s Satan. That’s the answer I was looking for when I pondered about depression and its ties with religion a seemingly long time ago. It is not the matter of God not being in your life, it’s that Satan took His place almost eagerly when I pushed God out of my life.

Did I call on to God when I was deep in the pit of blackness? I paused, looking into myself trying to recall the last time I mentioned God’s name. It had been a while. The habit of me beginning my day in God’s name and ending it in God’s name and talking to Him five times in between completely left me. What was scarier still is that it never crossed my mind to even call to Him or read some verses of the Quran I have memorized that I would usually read if I felt a little off. Those thoughts of religion and observance completely left me. That realization made me sit up straighter, widen my eyes and look up, my inner vision going past my ceiling, past my roof, going up up up to the clear blue sky I imagine to be God’s domain.

I asked God to help me. Help me. Remove Satan from my head, remove him from my heart that hardened so much that I forgot Your names. All 99 of them. I looked down at the state I was in, looking closer at my knee injury, finding it not at all that serious and in fact almost healed. The ache I was feeling just moments ago vanished as I ripped the velcro wrap off, realizing that the discomfort was a mental thing. I got up, showered, did ablution, and for the first time in a while I prostrated to my Lord. It stunned me how I could possibly forget the Hearer of all, the Seer of all, in my darkest times. How did I let myself fall so deep in that pit wallowing in self misery when there He was, with me all along, closer than my jugular vein.

I don’t want this to sound like a miracle because my recovery wasn’t perfect. There were times when I’d hear or see something that revive my old dark feelings, but I’d just stop and shake it off (sometimes literally). It’s just so comforting knowing that you are not alone, that there is Someone who is the Most Compassionate with you every step of the way, who Hears your every thought and complaint better than any therapist or shrink. I would look forward to my prayer, for the chance to speak to God and release all my pent up worries and thoughts and plans for the future. And God would speak to me, through His holy book –

Indeed, mankind was created anxious: When evil touches him, impatient, And when good touches him, withholding [of it], except the observers of prayer, Those who are constant in their prayer. [Quran 70:19]

He knows all that lies open before men and all that is hidden from them, whereas they cannot attain to aught of His knowledge save that which He wills them to attain. His eternal power overspreads the heavens and the earth, and their upholding wearies Him not. And He alone is truly exalted, tremendous. [Quran 2:255]