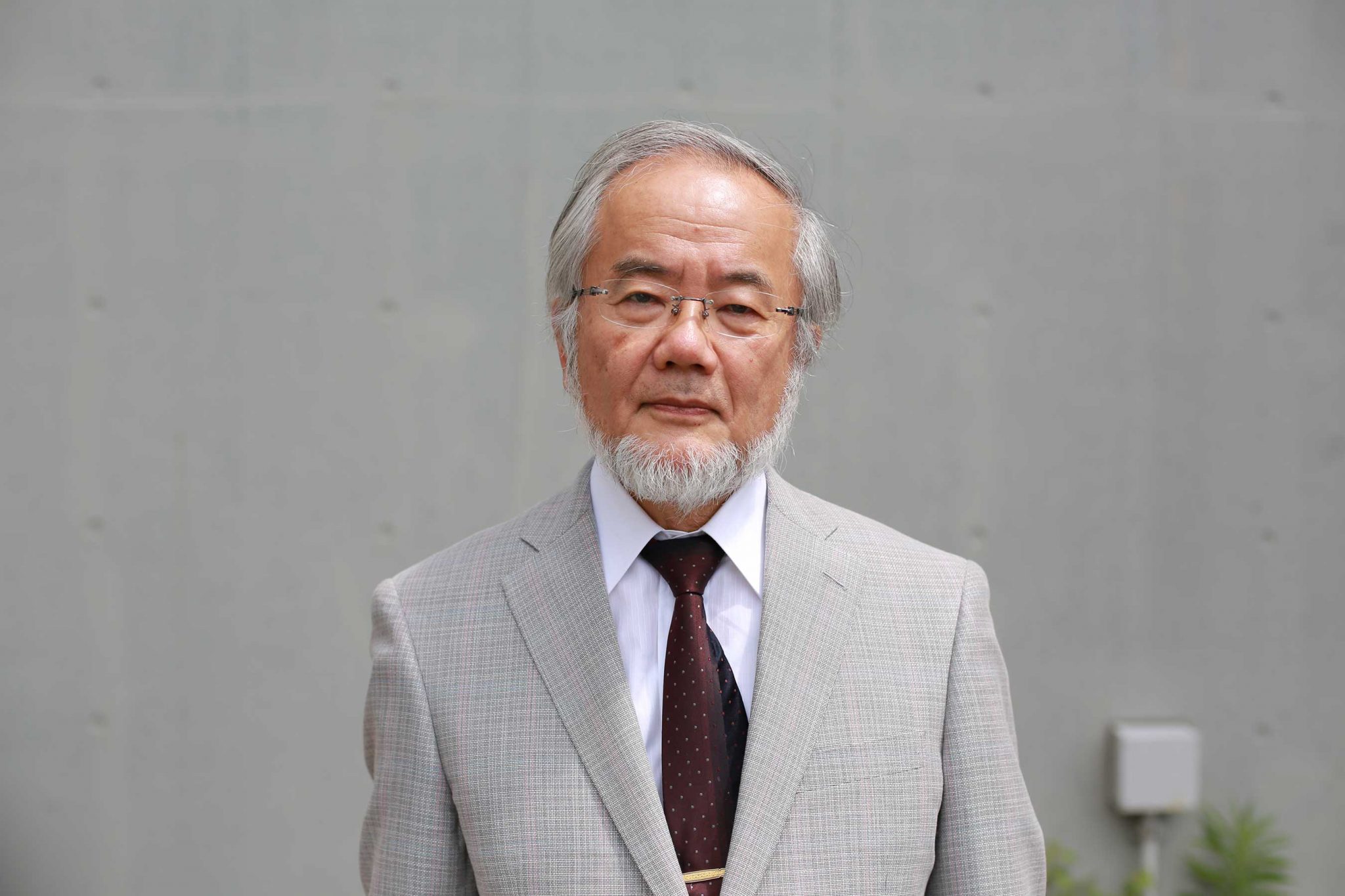 The winner of this year’s Nobel Prize in Medicine or Physiology has been announced as Professor Yoshinori Ohsumi. The 71 year-old Japanese cell biologist is being awarded the prize for his outstanding work in the field, having been a pioneer in the study of autophagy. 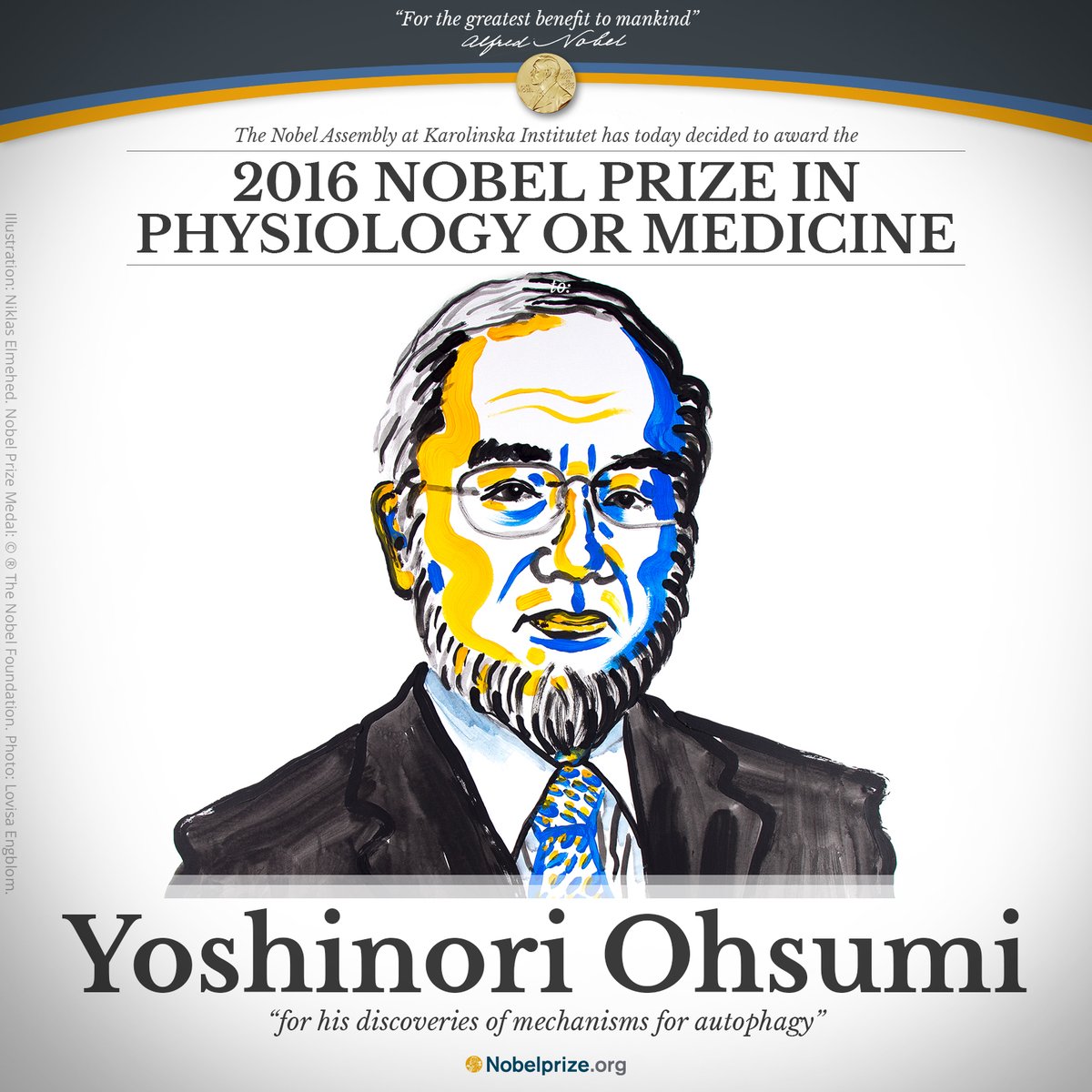 Autophagy is the process by which living cells breakdown and recycle dead, diseased or unused cellular parts, rendering them available for use again in a more effective way. Put in layman’s terms, it is like stripping down an old car and reusing the parts that might still be of use elsewhere. While Professor Ohsumi’s work began by looking at the process within yeast, over the course of the last three decades researchers have found that autophagy plays a crucial role within most living organisms; this crucially includes humans.

Why is it important?

Where this gets exciting is that researchers believe autophagy plays a crucial role in helping the body fight the onset of a wide range of diseases and ailments, including neurodegenerative disorders like Parkinson’s, Alzheimer’s and Huntington’s disease. This field of research has exploded since the time that Professor Ohsumi began looking into the area 27 years ago. It now represents one of the most promising leads for researchers who are desperately attempting to develop cures for debilitating neurological disorders. Part of this urgency is due to the fact that incidence of these diseases are rising at a rapid speed.

The Michael J. Fox Foundation, started by Back to the Future star from whom the foundation takes it’s name, is but one of the big organisations putting money into research that is attempting to find a cure for neurodegenerative disorders by way of a better understanding of autophagy. Michael J. Fox and the late Muhammad AIi were both stricken by Parkinson’s disease. Beyond these conditions, autophagy has also been found to help rid the body of inflammation. High levels of inflammation has been scientifically linked to heart disease, cancer, arthritis, lung damage, skin damage and depression. 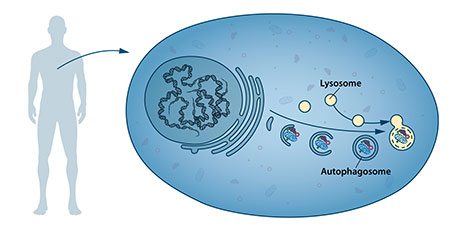 Our cells have different specialized compartments. Lysosomes constitute one such compartment and contain enzymes for digestion of cellular contents. A new type of vesicle called autophagosome was observed within the cell. As the autophagosome forms, it engulfs cellular contents, such as damaged proteins and organelles. Finally, it fuses with the lysosome, where the contents are degraded into smaller constituents. This process provides the cell with nutrients and building blocks for renewal.

Why is this relevant to Muslims?

This gets more relevant when we consider the ways in which scientists have found people can help bolster the process of autophagy within themselves; exercise, lowering carbohydrate intake and most interesting for us, fasting. Going through the sometimes painful process of depriving ourselves of food for 12 hours or longer, as Muslims are obliged to do during Ramadan and recommended to do twice a week, is a potent motivator of our internal autophagy processes. Not only does fasting help induce autophagy in the body’s cells in general, it has been found to be specifically potent in helping the brain’s cells engage in this process. This potentially makes fasting one of the ways in which we can stave off neurodegenerative disorders such as Alzheimer’s and Parkinson’s. This highlights but one more benefit of fasting for our bodies and minds, and this is a list that continues to grow.

Engaging in regular fasting can be a potent way in keeping ourselves healthy by way of many avenues, not least of which are increasing self-control, resting our digestive systems and stimulating the process of autophagy. For those who are still not convinced, take note of this fact: autophagy, this powerful force in renewing our bodies cells and keeping us in shape, has also been shown to slow the ageing process. Next time, try skipping the mango, cucumber and coconut oil facial mask and opt for a day of fasting instead. It is always interesting when science supports revelation; it can almost feel like the source of revelation knows the human body incredibly well.

Learn more about autophagy in this video: