It is a common belief amongst Muslims that the solution to mental illness is to be observant and pray more. This is partially incorrect as there is a saying of the Prophet “Tie up your camel and then trust in God” (Hadith). The message is to ultimately trust in God, but to make all possible efforts as well.

In Islam, the two main sources of law are the Quran and the Hadith. The Quran is believed to be the verbatim word of God and the Hadith are the words and actions of Muhammad(s).

Many Muslims believe that mental health problems are caused by Jinn possession. In Islam, the Jinn are believed to be spirits who live in a parallel world.

Unfortunately, oftentimes this belief stops mentally unwell Muslims and their families from seeking professional help and treatment. Rather, they contact spiritual healers who recite verses of the Quran to the patient.

There have been rare cases in the UK where the patient has faced violence. Unfortunately, violence towards the mentally ill is widespread in some countries including Bangladesh and Pakistan.

Defined by a label?

Stigma is another reason why Muslims are wary of approaching mental health professionals. Many people believe that when a person is defined by their illness they are no longer seen as an individual but as part of a stereotyped group. In the Muslim community, stigma not only attaches itself to the individual experiencing mental health issues but also to their family.

Muhammad(s) the Prophet of Islam faced stigma himself after receiving revelation; he was labelled a “madman” by his enemies because of his claim that an angel was bringing revelation to him from God.

Mental health problems are thought to be associated with “weak” people, but the reality is that mental illness is not a sign of weakness.

There is also a feeling in the Muslim community that non-Muslim doctors and mental health professionals do not understand Muslim culture and that it is wrong to seek help from them. There is also an ambivalence towards medication which may leave patients feeling dull and drowsy.

Accessing mental health support is not turning away from God but is a step towards a healthy and more educated life, which Islam encourages. The Prophet said, “Make use of medical treatment, for God has not made a disease without appointing a remedy for it” (Hadith).

Medication may sometimes cause drowsiness and other side effects, but the benefits can outweigh the negatives. Everyone’s experience with medication is different. The phrase “There emerges from their bellies (bees) a drink, varying in colours, in which there is healing for people” (Quran 16:68-69) directs believers to use honey as medicine. This suggests that medication usage is not wrong morally.

Historically speaking, some of the earliest psychiatric wards were created in the Islamic world, with sources suggesting the first one to have been established in Baghdad in the ninth century under the Caliph Harun Rashid. Psychiatry actually complements Islam.

It is a common belief amongst Muslims that the solution to mental illness is to be observant and pray more. This is partially incorrect as there is a saying of the Prophet “Tie up your camel and then trust in God” (Hadith). The message is to ultimately trust in God, but to make all possible efforts as well. Islam teaches Muslims to seek medical help when it is needed but encourages Muslims to both pray and seek treatment at the same time. For instance, if a person has a broken arm, they will see a doctor to make sure the bones heal properly and pray for complete recovery. The same premise applies to mental illness.

It is a common belief that marriage is the antidote to mental illness. This is potentially disastrous for the individual – male or female – as the added pressure of life with a spouse may increase distress for some.

What needs to be done

Muslims need to be educated about the comprehensive teachings of Islam; it is a vast religion with rulings on every possible scenario a Muslim may face, including what to do if someone becomes mentally ill. Mental health professionals as well need to become more educated about Islam in order to be able to approach this community sensitively.

To change perceptions there is a need to recruit more Muslims into the mental health service. There is a pressing need for Muslim psychiatrists, nurses, counsellors, and volunteers. It is also important to create a positive presence in the media to counter prejudice and stigma.

Whilst an inpatient in a psychiatric rehabilitation ward I still visit the mosque in order to stay in touch with my culture. My friend and I started a weekly Halaal cookery group which was popular amongst other patients. We would travel by bus to a Halaal shop and prepare lamb or chicken curries with boiled rice or chapattis. Prior to coming here I never attempted to cook, but while on the unit I have been encouraged to learn. Initially, I learned to make basic curries from my mum but I gradually became proficient at cooking a number of different dishes, from Bangladeshi omelettes to pasta and sardines.

Muslim leaders and scholars have to educate their community to counteract the stigma faced by mentally unwell people and their families. Their message should be that there is nothing wrong with having mental health problems and that it can happen to anyone. They need to persuade the Muslim community that it is okay to utilise mental health services, just like going to see a doctor for a physical illness.

This article was republished with the author’s permission from it’s original here.

Muhammed Khan
My name is Muhammad Khan, I am an aspiring fantasy writer with an interest in journalism and Muslim affairs. I also write about Mental health issues. I am a graduate of English and Politics and love writing. I am currently working on my first book. Follow me @Mohammed Khan 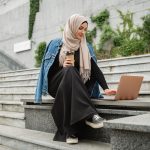 Intuitive Working as a Form of Excellence and Getting Stuff Done 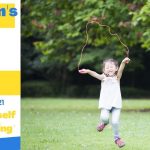