“We reached out to a bunch of physicians in Athens, and we got a lot of ‘nos’ and ‘good lucks’ but eventually we found a good core group of physicians,”

“We reached out to a bunch of physicians in Athens, and we got a lot of ‘nos’ and ‘good lucks’ but eventually we found a good core group of physicians,”

Hamzah Ali is one of five University of Georgia seniors involved in the creation of Shifa Clinic Athens, a new free health clinic in the Athens community. The team began organizing the clinic in April 2016 as sophomores and continued working for the next year until the clinic opened in March 2017.

Shifa Clinic Athens is a branch of the Islamic Circle of North America (ICNA), a national community of Muslims in America, and is one of many clinics around the nation open to underprivileged and under-insured members of the community. The clinic is open every Saturday and offers a variety of health care options aside from primary care, such as psychiatry and neurology.

The students involved in organizing the clinic are Ali, Faiz Saulat, Vraj Patel, Abdus Subhan and Ummar Jamal. Ali, a biology major, said the team began the process by asking local physicians to work with them in the opening and running of the non-profit clinic. 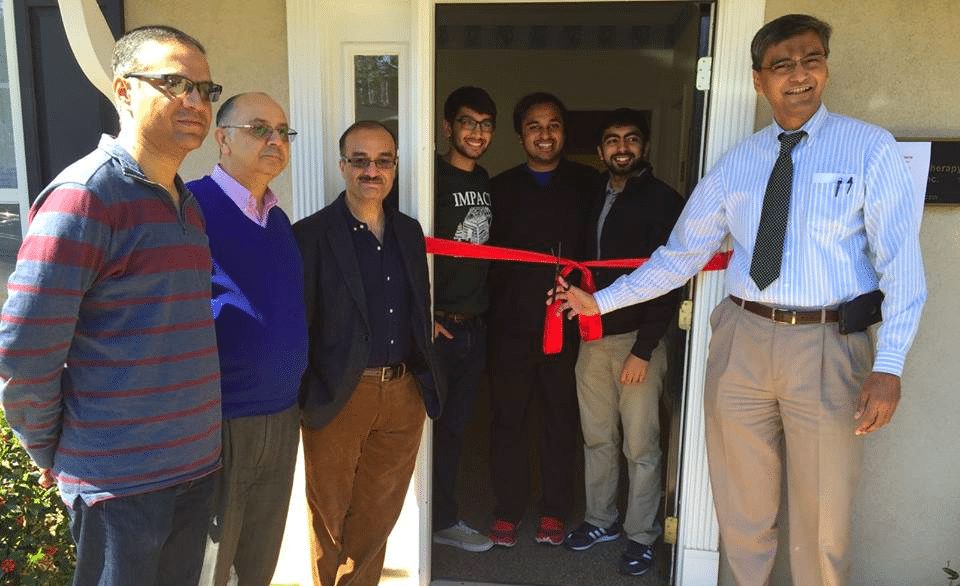 “We reached out to a bunch of physicians in Athens, and we got a lot of ‘nos’ and ‘good lucks’ but eventually we found a good core group of physicians,” Ali said. “It took a full year to gather resources, find the property, fill out paperwork for the state, get insurance, and get approval by the city.”

Ali said he and the other students involved are all members of the board running Shifa Clinic, along with three physicians, Fareha Rahim, Adeel Rahman and Zaighum Butt. The clinic also has around 20 volunteers and nine total physicians volunteering.

The group of students set to work on the clinic after feeling constricted by regular volunteering opportunities, and wanting to make an impact on the community. Ali said he and Saulat originally developed the concept and involved the other students as the project grew.

“We wanted to step out of the bubble and try something an average student probably wouldn’t think about doing,” Ali said. “The goal was to be a part of the solution to access to health care at an earlier age than what we’d typically be allowed to. We wanted to show others that you can take a step now to try and make a difference.” 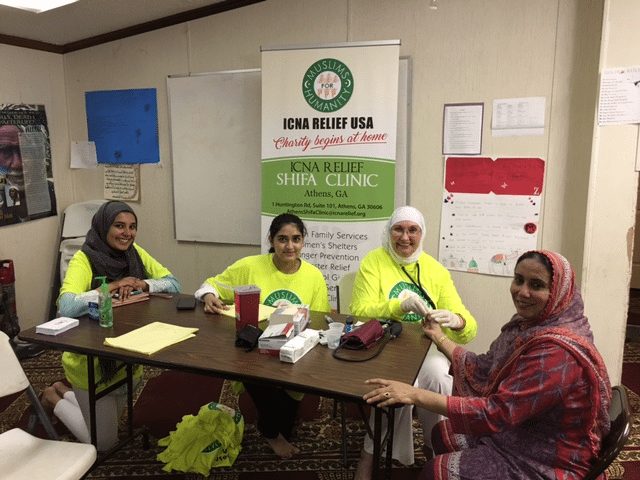 Saulat said the clinic was also created as a means for relieving some of the pressure from Mercy Health Center, a Christian free clinic in Athens.

“We had been talking about how Athens has a large population of underserved people,” Saulat said. “Currently, Mercy Clinic has quite a backlog of a lot of those patients, and so to ease that backlog and better serve our community we opened the Shifa Clinic.”

Funding for the clinic is provided by the volunteering physicians, and insurance is provided by the State of Georgia. However, Ali said the team is hosting an open house on August 26 to both spread the word about their clinic and raise money for supplies.

“The physicians are generous enough to pay for the utilities and rent,” Ali said. “We’re having a sort of open house, and we’re going to invite officials from the hospitals and the mayor is going to be there. We’ll hopefully make it a big event.”

While the clinic is under ICNA, Saulat said the clinic itself is non-denominational and is a part of the Muslim community’s mission to be more transparent.

“In this political climate, a lot of people don’t get to meet daily life Muslims who are trying to do something good,” Saulat said. “That’s definitely a part of what we do here, just showing people that we’re all the same and everyone is just trying to help each other out.”

Both Ali and Saulat agree the project exceeded their initial expectations but said they are excited to see what the future holds for Shifa Clinic Athens.

“It’s bigger than what we ever thought it would be, and it’s worked out pretty quickly too,” Ali said. “Having to balance this with other priorities is very difficult. We definitely bit off more than we could chew but we’re really happy with the way it turned out.”

Registration for the Allamah Tabataba’i Awards Are Now Open!