How I combat my kingdom of self-denial

They’re out there. The people who almost instantly got weirdly fascinated by my home country the second they found out where I’m from. I don’t hate it though – it was strangely satisfying to debunk the typical stereotypes attached to Singapore. Well, it’s not a ‘Chinese’ country although they do make up the majority population now. As a matter of fact, the national language of Singapore is still Malay, our national anthem is in Malay and all military drills are commanded in Malay. That’s not what this article would be about, though. Just thought I should give a little heads up to defend the multiculturalism of Singapore. Maybe.

Academically, I was performing well but mentally, not so much.

When you set foot in somewhere new, everything is exactly that – new, unusual, sometimes even weird and confusing. I came to London to do my undergraduate degree about a year ago and frankly, I didn’t think it would be that hard for me to be immersed in a new culture because from my past experiences I learnt that I genuinely enjoyed being a part of a ‘fresh’ lifestyle.

So, this leads to State of Denial #1: The ‘London would be like Japan’

I’ve had some experiences studying abroad when I stayed in a student accommodation in Japan as I was involved in an overseas programme. I thought I knew exactly how it was like being thousands of miles away from my family and familiarity. London won’t even be that hard for me – not a bit. (Even though I knew that my stay in London would be much longer. I still disregard this fact though, since self-denial happened)

Little did I anticipate an inevitable crash that was ahead of me. In the midst of my infinite Uni course works and assignments, social life, and major life events that transpired, my mental well-being reached an all time low. Academically, I was performing well but mentally, not so much.

This gradually brings me to State of Denial #2: The Self-Diagnosis

I adopt the idea that it was just one of those culture shock phases which I’d get through over a nice cup of chai and a good night’s sleep. Unfortunately for me, this was not the case. I diagnosed it as a ‘temporary depression’ but suddenly it stretches beyond a day, a week, a month, 2 months, well, you get the idea.

I was emotionally numb and I lost interest in all activities I once enjoyed. I constantly felt a sense of loss of freedom and control

It was exceptionally challenging for me to keep up with so many major changes that occurred which affected my mental well being, and health. I was emotionally numb and I lost interest in all activities I once enjoyed. I constantly felt a sense of loss of freedom and control, along with a series of hopelessness fused with deeply worrying thoughts, which I won’t elaborate further in case my mum is reading this. Ironically, during the time I found out I was clinically depressed, I attended an event that actually addressed issues surrounding mental health. Automatically, when given a chance to visualise depression, you might link it to images of the ‘headclutcher’ and anything of the likes, but in reality, most people who are suffering from such mental disorders don’t look like that.

Now, comes my favourite part. State of denial #3: The Brainwashing

I tried to dedicate my time entirely to studying, making use of my lecturers’ office hours, going to debates at the Houses of Parliament, and other course-related events in order to distract myself and to avoid dealing with my depression. I actually brainwashed myself to study well while being depressed. I thought about taking up a part-time job too, but finding a job that respects my working hours due to my student visa limitations is like seeking to cross paths with Queen Elizabeth II at Borough market, so at that moment this was temporarily out of the question.

So what was my issue here? The answer lies at the very beginning.

Considering my ‘living in the present’ nature, I didn’t truly understand that leaving a place that is so dear to me and moving to university represented major life transitions which can exacerbate existing psychological complication or even trigger new ones. Moreover, leaving my family and the usual peer support structures to embark on a new chapter of my life in an unaccustomed environment with more advanced academic standards than what I was used to in the past, can heighten depression or fortify anxiety.

State of Denial #4: The ‘It would never happen to me’

I’m adventurous and sporty, so I’ve tried a lot of thrilling things in the past that led me to believe that I would never in a million years fall into such a low point in my life – some people have told me that I’m always ‘high on life’. What is this depression bug, which I will never catch, which my existence will not ever be acquainted with, what is it?

So it happened. Am I ashamed of it? Of course not, why would I be? I don’t think being depressed is something I should be ashamed of, especially knowing now that it has opened up new avenues of self-discovery. I’ve grasped myself better, the way my mind and body works, the physical and the mental aspects of my existing, and most essentially my faith in God increases.

I knew I had to do something to combat this. As cliché as it may sound, all changes begin by seeing things in a new light. I sought professional help and it genuinely benefited me in ways I thought it couldn’t. My states of denial were getting in the way. Sayyid Mahdi as-Sadr had written about a narration, composed by Imam al-Hussain (AS): “If calamities of time bite you, do not seek the refuge of the creatures. Do not ask anybody except God the Distributor of the sustenance” and the next line ultimately struck me: “If you live for a long time and wander in this world from the west to the east, you will not find anybody who is able to give you happiness or remove your unhappiness”. I was wrong to result to material means to achieve this happiness (by thinking that doing x and y could potentially eradicate my depression and I’d eventually go back to my normal self after the accomplishment of these acts).

I knew that God is the ultimate truth and my faith had kept me sane. As the Qur’an supported it, He never burdens a soul beyond its capabilities. If there is something for my dear readers to take away from this article, it is to regard our setbacks and obstacles as means of purification – as we patiently endure through difficult times, our own humanness surfaces and this has been reflected in numerous stories in the Qur’an and Hadith. They help us nurture as human beings, to deal with our human frailness, to acknowledge the frailty of our humanness, and to discover our inner most nature through this very frailness. So welcome them with open arms. Acknowledge them.

Surround yourself with positive people. I can’t emphasise enough that a support system and worthwhile companions can definitely ease your burden, knowing that there are people around you who genuinely care about your well-being. There is a resolute finding that for many international students, a major setback is their failure to establish meaningful local friendships. Alhamdulillah, this wasn’t the case for me. The few close companions I have whom I’ve grown closer to throughout my first year in London, I know for a fact that they are my lifelong companions and I am eternally grateful for them.

“With difficulty, comes ease.” (Qur’an 94:6) – that’s one of the most comforting lines we should hold dear. Most importantly, always be honest with yourself. 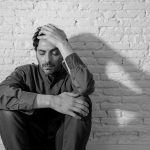 I am still strong: A tale of depression and triumph 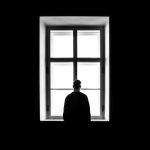 Breathing full: My journey through a ten year depression 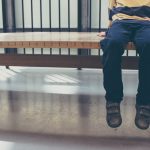 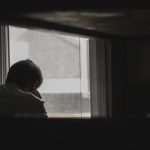 Overcoming Depression And Anxiety With Islam