5 great tips on starting the New Year the right way!

We’ve just had the Islamic New Year and in a few short weeks the Gregorian New Year will also be upon us. Muharram is one of the few months in which war was forbidden, even among the people of the time of ignorance. Most people only associate it with the event of Karbala and the martyrdom of the family members of Prophet Mohammad (SAW). However, perhaps due to divine wisdom, it is also the first month in the Islamic calendar. Therefore, it is not just the month of mourning, but a month of new beginnings.

The starting of Muharram takes place in a manner where everyone is almost forced, whether due to social pressure or self-imposed mandate, to go to the mosque, listen to the lectures, feel the sorrow of the holy Imam (AS) and therefore be a better Muslim. There’s no better way to start the new year than returning back to ones roots and hence, starting the year by being close to Allah and His holy ones.

It is important at this point to have a glance back at the year that was and be thankful for it. For all the bounties received in it and for making it through to a new year. As Imam Ali (AS) said,

“The first duty incumbent upon you towards Allah, glory be to Him, is thanksgiving for His favors and seeking out His pleasure.”

Secondly, analyze how it went for us in terms of our spiritual health. Did we achieve anything important this year? Like maybe, how much we gained from our Quran recitations, or how many books (not stuff like Harry Potter mind you, but religious books) we read, or how much of what we learnt from the Quran and books we implemented in our lives, or how many times we woke up in the middle of the night and glorified Allah through namaz e tahajjud?

3. Forgive and be forgiven

Thirdly, there is also a need to ask for forgiveness as well as forgive those who have wronged us. For all the mistakes made in the year that passed, we must beg for the numerous, intentional as well as unintentional, sometimes even those that went unnoticed by us, acts that are forbidden by Allah. This will help us to start the new year with a clean slate. However, how can we expect Allah to forgive us, if we can’t show a little mercy and forgive those who have hurt us in any way? The Prophet (SAW) said,

“Excuse the lapses of those who make mistakes frequently and Allah will protect you against misfortunes.”

Thus an important aspect of moving into the new year, and to make it blessed, is to also not hold grudges towards fellow human beings.

Next it is extremely important to set some goals for oneself for the new year. Mark Zuckerburg, the CEO of Facebook recently surprised everyone while visiting China when he spoke in Chinese. This was possible for him because at the beginning of every year he sets one goal for himself and pursues it fanatically and in 2012, his goal was to learn Chinese. We can also use this technique. We can have one goal for the year and can then pursue it with focus. Obviously, unlike Mr. Zuckerburg’s goal, the goal I mean is one that would help us be closer to Allah. This goal doesn’t necessarily mean doing something new. It can also mean removing something distasteful from our character, or staying away from something that we know is bad or forbidden by Allah.

5. Stay committed to your goals!

Finally, and this is the hardest part, we need to be mindful of staying committed to the goal we set and being better than what we were last year. It is normal human behavior to start relaxing as the year goes on. This typically starts immediately after Muharram ends, and for many people right after the day of Ashura. One should consider the days of Muharram the perfect opportunity to come back to the right ways and then staying on them even after this month is gone. 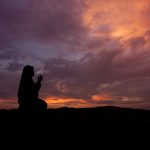 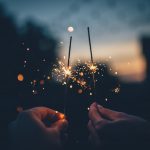