I am still strong: A tale of depression and triumph

We often dread the journey within the self for it is no doubt a place of great uncertainty and often times, immense pain. It is furthermore a journey that you must in all honesty travel alone, encouraged perhaps by the love of those you once held dear and have now made an exit from your reality for better or worse depending which way your emotional tide might be heading.

I have often wondered about the ability to make sense of it all, hoping perhaps that age, wisdom, and the mastery of words and languages would at some point substitute themselves for the chaos and the emptiness of a world where unspoken questions are met with the overwhelming and deafening silence of a particular trauma that did not subside.

Why did she leave? Why did he not want me? Why was I not good enough? Why does he hurt me, is that even love? And many more of those life-defining questions engraved into a brief moment in time and yet so eternal in the construct of the person we are striving to become. For it is, truly, that we cannot undo them, nor can we wipe them clean with the passage of time, nor can we truly pretend that we are fine and unblemished.

Overcoming Depression And Anxiety With Islam

I have had the opportunity to become more familiar with mental health and counseling over the past 5 years and while the reasons why one chooses to embark on a mental health journey remain unique and personal to the core, the feeling of anxiety and guilt that often goes with it is one that many of us have experienced and probably still are experiencing, and that in itself is part of the problem and the whole problem all together.

In the middle of a conversation with my therapist, I was once asked a question which highlighted all those biases accumulated unknowingly over the years and waiting patiently to resurface when the need to retreat made itself undeniable…

It was a beautiful day, uneventful in many aspects; I was trying to get ahead with my job responsibilities so that I could arrive on time for my counseling appointment. I usually prefer to arrive early whenever given the chance. It is one of those things, I have learned from my beautiful mother as a sign of respect for other people. I usually also look forward to my conversation with my therapist, not so much because I feel that I am in dire need to maintain my sanity but more so because of the feeling of utmost freedom achieved when able to truly speak without fear of consequences and judgments.

It is no doubt in such an environment that groundbreaking progress in the intimate knowledge of the self can be achieved or at the very least, hoped for. And so it is that I have grown to value those conversations where an alternate point of view is derived and provided in the continuous search for a better answer or even and perhaps, a different question.

I was sitting comfortably on the famous couch, made immortal and somewhat cliché in many movies and pop culture settings, in tune with the aromatherapy that my therapist carefully prepared to set the mood and the ambiance. I was fired up, ready to approach any and every topic, freed from the cultural and societal shackles of the world, or so I thought.

Breathing full: My journey through a ten year depression

During the course of a conversation that seemed to be headed in a well-defined direction, my therapist paused and looked me straight in the eyes and asked me if I was depressed. I must have stayed silent for what seemed like an eternity and then I proceeded to do the very one thing we all do when we heard a question we did not like and I asked her to repeat it. We often hope that this coping mechanism would pressure the person asking the question and push them to rephrase it with words more gentle to the ear or more so in a tone that would be more sympathetic with our insecurities.

Alas, the question came back in the same manner it was originally asked and all I gained was a few mere seconds to now adjust to my insecurities and tackle them head-on. I proceeded to have a full blown conversation inside my head as I was trying to formulate an answer to what was truly a very simple question.

The conversation went something like this: “How dare you ask me this? Do you not know who I am? All the things I have already accomplished when faced with adversity? I am my mother’s son and rise to any challenges…I am strong and I push on despite anything and anyone. I am Haitian and a black son of a proud nation where the people smile even when afflicted with crippling poverty, hurricanes, earthquakes, and a nation where we laugh about mental health and depression and believe it to be the privilege of white people who have nothing better to do. Furthermore, I am a Muslim, I believe in God and his messenger and the beauty of His message which in itself is enough to cure all illnesses. How could I then claim to believe and adorn myself with the mantel of disbelief by losing hope even for a second…?”

The question had rattled my cage and for all the right reasons. It was a cage that had no foundation in anything real, it was made of false cultural expectations and illogical stereotypes that we somehow have embraced in the name of many things, let it be nationalism, religious beliefs, cultural identity and other aspects which have the advantage of giving us a framework and a point reference to live our lives but also have the unfortunate effect of leading us to believe that it is the one and only point of reference and therefore separating us somehow from our below human beings and allowing for judgments and condescending views.

Depression and Self Harm: My Struggle with my Mental Health

I eventually composed myself as I became aware of the awkward situation my silence had caused and I proceeded to answer the question in all honesty. I mustered every ounce of the strength I had accumulated over the years and I did the impossible and spoke the otherwise unspeakable. I admitted weakness and uncertainty. I admitted that despite all my degrees and professional experiences, despite my eloquence and my poetic writing style, despite being a functioning husband and father of three, I was experiencing or had experienced various degrees of depression throughout my life.

There is probably comfort in the fact that I am not alone and that at any given point in time over half of the American population has struggled with depression. Nonetheless, depression is one of those things where the suffering of others does not somehow make yours more bearable nor does it make it any easier to manage. I truly believe that there is a lot of work to be done to battle depression and its impact on the various components of the population.

It would be naive to think that depression is affecting all of us in the same way. For example, the continuous brutal oppression of the African American population which started with slavery and endures with police brutality and other more subtle forms of economic and societal oppression has surely taken its toll on the particular group and their history of survival makes it at time very difficult to even recognize this fact let alone accept it.

The youth who are now enslaved with technology and social media has redefined what it truly means to be depressed while giving the appearance of highly functioning individuals and that in itself will be one of the single most difficult challenges parents of this new generation will have to contend with.

I don’t have all the answers nor do I pretend to know the path to a viable solution. However, I believe that progress resides in our ability to admit our weaknesses and biases and transcend our desire to retreat behind them. It is then and only then that we will be able to come up with the approach to manage a world and its challenges with the likes of which have never been seen before.

When I wake up every morning and see my reflection in the mirror, it is not always strength nor confidence that I see but I do see myself, with my shortcomings, my imperfections, my limitations, and my fears. I see my weaknesses but because of that, I see my potential and a way forward. I am depressed, but more importantly, I am still strong. May we all have the strength to continue forward with our journeys in life. 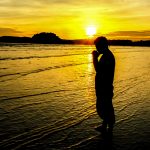 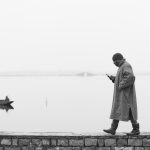 ‘Tis The Season To Hibernate And Withdraw: Coping Strategies For A Winter With COVID