Leadership and governance: A tale of Muslim-led organisations

“I didn’t want to be President, but I had to put myself forward as there was nobody else…”

If I received a penny every time I’ve heard this from a Muslim-led voluntary group or association, I’d be very rich indeed.

Whether it’s a charitable association, youth group, mosque committee, university Islamic society, professional network, or other Muslim-led organisation, the intense volunteer commitment required to successfully lead these non-profit voluntary groups or associations are often exhausting and can put off even the most ardent of community activists.

Yet the contributions of the Muslim voluntary sector form an essential part of British Muslim civil life and continue to define at a grassroots level what it means to be a Muslim in 21st century Britain. But without strong leadership and governance, the voluntary groups and associations that make British Muslim communities so rich – are more likely to wither away in periods of inactivity and stagnation, whilst new groups may spring up that merely repeat the cycle all over again.

So, why do so many voluntary groups suffer a leadership crisis? Over the last few years as Mosque Affairs Co-ordinator for the Muslim Council of Britain (MCB), I’ve met with leaders of Muslim-led organisations across the UK, from Aberdeen to Plymouth, and from Wales to Yorkshire, and the patterns are the same. And having personally volunteered with several Muslim-led groups and associations for over a decade, I’ve seen how crippling leadership crises are, as well as how empowering a successful transition to a new leadership team can be.

My observations are that leadership crises generally come in three types:

Founders – the person(s) who started the group or association – are great, and we owe a lot to their foresight and perseverance. Many will have spent years of blood, sweat, and tears to get the group or association to where it is now. However, when the founder is still the leader after a decade or so and still doesn’t want to let go of their baby, you’ve probably got a problem. At best, this lack of succession planning may stifle further growth, or at worst it may lead to a split (see below).

In this leadership crises type, nobody wants to be leader, perhaps because they know how much work is involved and how few volunteers there are to help them, or perhaps due to a lack of understanding or passion for the group or association’s objectives compared to when it first began (things are usually more exciting when they are ‘new’ and the novelty factor hasn’t worn off yet).

At best, Power Vacuums usually manifest themselves in someone (usually the most active volunteer or that favoured by the existing leader) being pushed reluctantly into being the leader. At worst, it may result in an attempted take-over, which may cause the original founders to get back involved in the group or association to ‘save’ it from those seeking to take control.

The final crisis type is where active volunteers keen to develop the organisation in a certain direction meet resistance from the incumbents or founders, and inevitably splinter and form their own organisation (often doing very similar activities, just under a different name) with themselves at its helm (who doesn’t like being called ‘Founder’, right?) This is often – but not exclusively – a corollary of either Founder’s Syndrome or the Power Vacuum. The common example is that of the mosque committee that splits, with one faction taking their community members (and thus their funds, manpower, volunteers etc) and building their own mosque (often in the same neighbourhood as the original mosque) where they feel they can now run things “their own” way (until the next split happens again of course).

You may have experienced elements of some of these in your own group or association that you volunteer for. So, what do we do? Well, the Prophet Muhammad (peace be upon him) is quoted as saying: “Every one of you is a shepherd and is responsible for your flock.”

The importance of having foresight, vision and strategy is critical in order for our communities and the wider Ummah to climb out of the abyss we find ourselves in. And whilst this may be challenging, it is not impossible – it requires, reflection, time, preparation and planning.

We must ensure the right mix of people with a range of skills, backgrounds, and abilities are involved in the running of our voluntary groups or associations if they are to survive and succeed. Indeed, strong leadership and governance are a necessary foundation for the sustainability of our groups or associations and a platform that will enable them to grow, remain true to our community’s needs, and attract more active volunteers.

But achieving strong leadership and governance means asking yourself some tough questions too. So, if you’re part of a voluntary group or association, is it prone to founder’s syndrome, a power vacuum, splitting up or anything else?

In Part 2 of this series, we will explore five key ‘tests’ you should be asking of your voluntary group or association you are involved with, to help you decipher where it’s at in terms of leadership and governance, and what it may need to improve.

This article was originally published in The Muslim News newspaper on 28 June 2019. 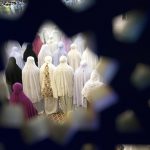 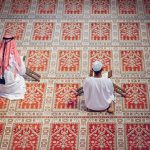 Friday Sermon: How to unite a fractured community 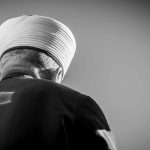 Friday Sermon: What are the qualities in a leader that Muslims should be encouraged to elect on? 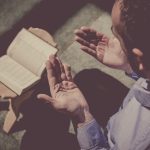