Maintaining sincerity in the Internet Age

It’s 2019, and you would find it very difficult to locate a person that doesn’t have an attachment to social media. In an era where digital content is king and applications such as Instagram, Facebook and Twitter proving as addictive – for some (arguably many) – as narcotic drugs, it’s no surprise that a staggering number of people find themselves sharing a good portion of their lives and opinions on the internet.

As a poet/spoken word artist, I often find myself wanting to write about the most relevant and insufficiently explored topics, which means I am regularly tempted to pick up a pen and cite my frustrations with current affairs. The problem is, while doing this I commit to walking a very thin line between raising awareness and placing myself in an extremely precarious position by choosing to habitually write about the newest and most relevant news items (primarily that which is impacting the Muslim community).

Now, you’re probably wondering, “what’s the problem? As Muslims shouldn’t we want to bring attention to that which is under or wrongly represented in the media?” And the answer, of course, is yes, we should. It’s how we do this, however, that is the difference between gaining mountains of reward and receiving no reward at all.

Let’s start by taking into consideration the profound and ever pertinent statement of the Prophet (may peace and blessings be upon him) in a hadith found in Sahih Bukhari narrated by Umar ibn al-Khattab: “Verily actions are by intentions, and for every person is what he intended.”

In applying this statement with every action we undertake, we are able to understand the value and lofty status of the intention in Islam. An action performed for the sake of Allah with hope in His reward is reflective of the correct intention, while an action performed under the guise of pleasing Allah, but undertaken for other than that, may very well result in a person destroying their sincerity.

As poets/spoken word artists and performers, we are constantly in the public eye subject to the adoration and applause of audience members that laud our work, as well as the disapproval and silent condemnation from disagreeable members of the same audiences. This, of course, extends to our social media platforms, which we utilise to aid our growth and maximise our reach; and as I alluded to earlier, this often consists of highlighting issues we feel either emotionally or Islamically attached to.

For years Muslim poets have taken to social media to voice their concerns over matters affecting the Muslim community, ranging from politics and war, to oppression and famine. In fact, you would be hard-pressed to find a Muslim poet today that doesn’t have at least one poem on the topic of oppression. And this is all completely fine provided these trauma-inspired pieces are a reflection of a sincere effort to raise awareness, and not a ploy to capitalise on the increased likeliness of garnering clout by speaking on that which is newsworthy (especially from a Muslim perspective).

Take the story of 21-year-old Isra Ghareeb for example (may Allah forgive her and grant her Jannut-ul-Firdaus). As soon as social media blew up with news of Isra’s tragic death, social media influencers and poets alike were immediately on their Instagram accounts sharing emotionally-charged responses to the situation; and this is where things become dangerous.

It is no secret that trauma-inspired poetry or heartfelt (at least on the surface) speeches regarding hardship or the tragic death of someone else is the most elementary way to capture attention online. This is especially the case when there is controversy surrounding the story such as there was with Isra Ghareeb. The circumstances circumambient to Isra’s death are both sordid and undeniably immoral but by immediately turning it into the subject of a poem or rant, do we risk thrusting ourselves into a predicament where we may-be benefiting from someone else’s traumatic experiences?

In this case, how do we, as poets, measure the effectiveness of our work and the message intended if the only time we are able to obtain traction from a post/story update is when we speak about another person’s trauma? This isn’t to say that we aren’t hurt or touched by another individual’s situation, but what does it say about us when we only react to atrocities when they receive attention online?

To gain perspective, we only have to consider our creative inclinations towards writing about a war-torn or famine-struck country when it begins to dominate our timelines again months after being neglected in favour of whatever else is currently the hot topic. This has often occurred with the likes of war-stricken and/or oppressed nations such as Palestine, Syria and the Rohingya crisis. More recently, however, the focus has been Kashmir.

My point is, Palestine, Syria, the Rohingya crisis, and Kashmir are longstanding issues, so why are we only inclined toward writing about these monstrosities when they are trending on our social media?

As a poet myself, I am constantly reminded of the dangers facing an individual who plunges themselves into the public eye. When we look at the great men and women living at the time of the Prophet (peace and blessings be upon him) and the esteemed scholars that came after, we are reminded of the striking contrast between their mentalities towards the concept of fame to that of a large number of Muslims today. They ran away from it while we run towards it, and subsequently, the result is an intensified battle between our nafs (desires) and ikhlaas (sincerity).

Ultimately, no one but Allah knows us better than we know ourselves, and the challenge of perfecting our intention and maintaining sincerity is one we will be faced with until we enter the graves. Until that time, it is imperative that we engage in constant reflection as it pertains to our ambitions in order to ensure our intentions remain void of corruption.

Liam Spencer
Liam Spencer - stage name Annotate - is a spoken word artist and founder of the company Just Rhyme. He graduated from London Metropolitan University in 2012, where he acquired a BA in Film and Broadcast Production. In 2018, he founded the creative platform Just Rhyme, and along with Just Nayeem, he hosts weekly episodes of The Outspoken Podcast. In 2019, Annotate was named a FLO poet by established singer-songwriter, rapper, poet and actress, 'The Floacist’ Natalie Stewart. 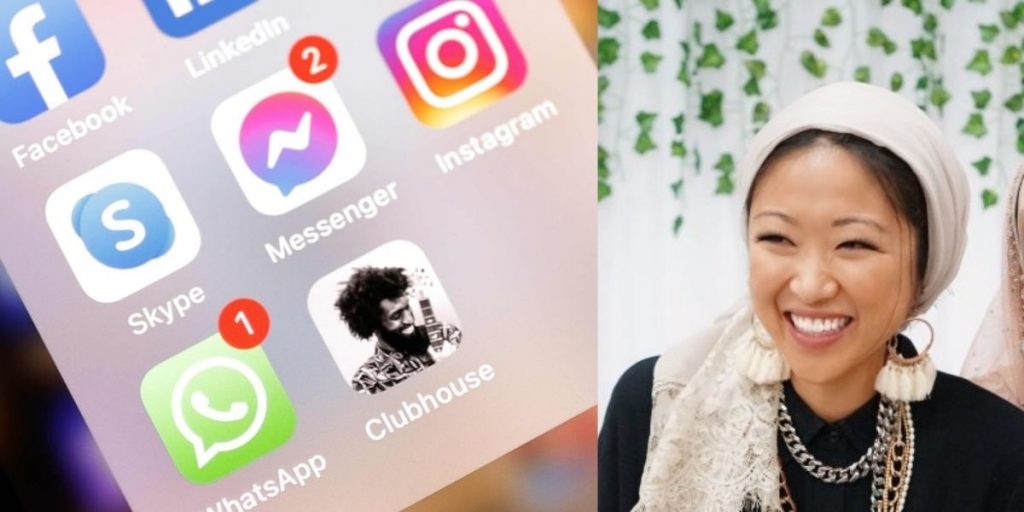 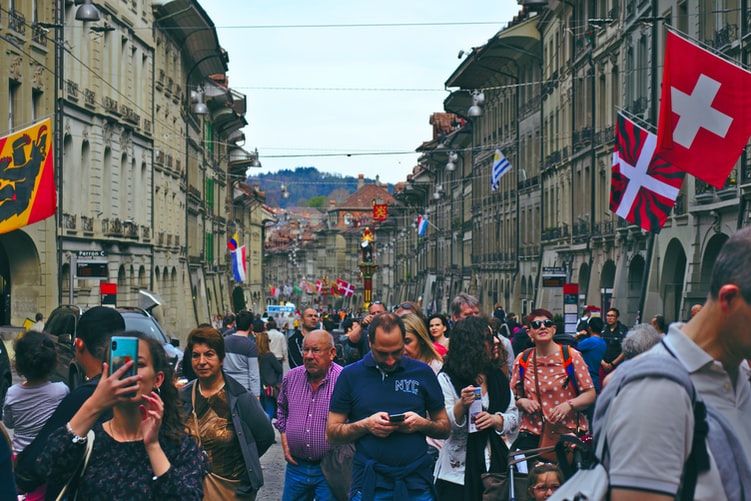 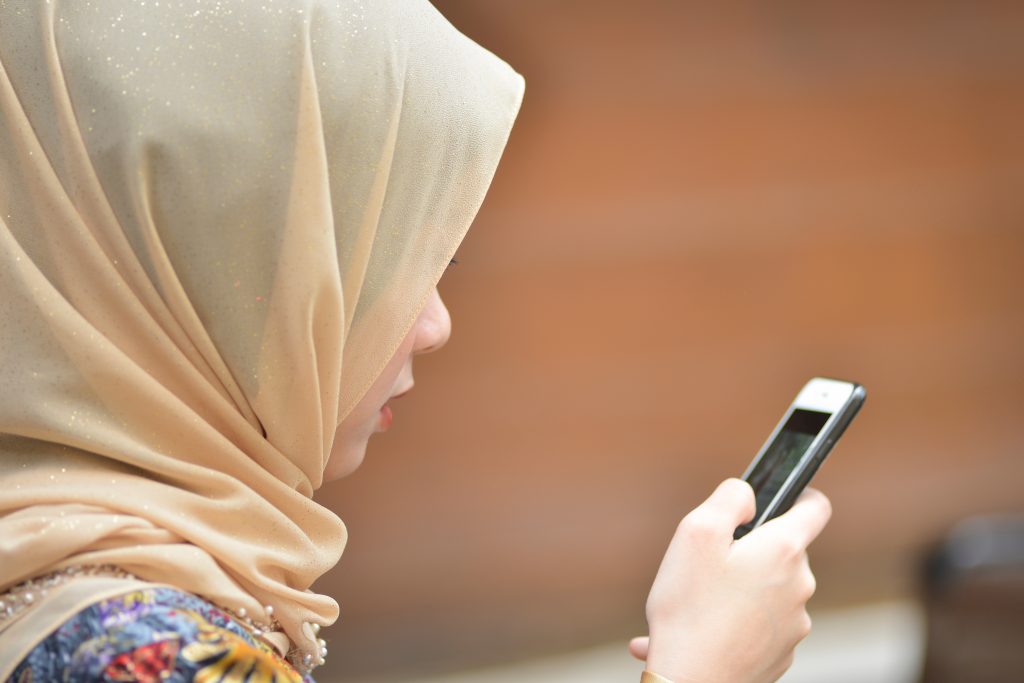