I fell in love with the man of my dreams and married him with the blessings of my family.

However, soon into the marriage, we started to have problems. I am not going to list them all here but one of the biggest was communication.

I began to ask myself: why was it that my husband refused to talk about things that really mattered, which always got swept under the carpet? Why would he not listen to what I had to say and understand how I felt? Sometimes I felt as if I might as well have been speaking to a brick wall; often left feeling ignored, invisible and rejected. This would also result in us having blazing arguments which left no respect for one another.

As time went on, our relationship got to a point where we started to become distant from each other. I began to think that I had made a terrible decision in marrying someone who refused to talk to me and understand my needs. He didn’t seem to care how I felt, which left me so broken. Many times, I would cry myself to sleep, feeling terribly unhappy and alone.

But I wasn’t ready to give up.

I was determined to find a solution, whatever the cost.

The first solution was to demand from my husband that, since he had a massive communication problem, he needed to get help, otherwise, our marriage was over. This resulted in a big argument, with him saying that there was nothing wrong with him and that I was the crazy one who should change. I painfully swallowed his words and continued with my search.

They say never share your problems with your in-laws but, hey, I was desperate, so my second solution was to pour my heart out to mine. I found out none of his family seemed to care what I had to say. My words only fell on deaf ears.

My next solution was deciding to turn to my friends and family.  I started to become a little hopeful as I had heard lots of useful advice and tips in how to make your husband listen – this ranged from cooking his favourite meals, speaking with kindness and being more patient. Being a dutiful daughter and friend, I followed their useful advice and put it all in practice, sadly, this did not seem to change my husband.

I then switched my search to the online world, hunting down all the top relationship gurus, books and tools to find the secret to marital bliss. Google and Amazon became my best friends. I found a wealth of information that offered practical advice, tools, and techniques in how to speak to your husband and how to work on yourself, however putting all this into practice was not that easy and unfortunately brought no change.

By now I was left feeling frustrated. Surely, there must be something that would work. It was then that I decided I needed to be a better Muslim. I threw myself in daily rituals of prayer, often waking up in the middle of the night and memorising The Holy Quran. It was soon after this that I began to feel spiritually connected with Allah, The Almighty, and it felt amazing. I began to secretly beg Allah to change my husband’s ways and make him a better Muslim. I prayed and prayed, hoping for a miracle from The Almighty. This went on for a while. I found myself putting all my trust and faith in The Divine, who I knew would not forsake me.

My efforts however still seem to fall in vain. There was still no change in my marriage, and the arguments and frustration continued to grow and explode. How can this be I wondered? Surely Allah could see how hard I was trying. Surely, He must be pleased with all my efforts?

It was at this point that I fell into despair. I had done everything I could think of but nothing had worked. I had completely lost the battle to make my husband listen and save our marriage. I felt helpless, exhausted and silently depressed. I finally started to accept the reality that my marriage was over, and that it was heading down the path of divorce.

It was then that the miracle came.

Now, you might be wondering, what on earth is the I’ll be happy when… trap? Let me explain.

This realisation changed everything.

I started to see more and more that my husband never had the power to affect me in any way. I realised at that moment that my happiness was never going to come from my husband as I had been led to believe all these years. I could be happy right now. The waiting game was over.

Now don’t get me wrong, being a Muslim I knew previously that nothing and nobody could give me happiness except Allah, but the difference now was that I was consciously awakened to see this truth on a very deep level. I felt so blessed for this awakening that I cried for days. Furthermore, I felt instant joy, contentment, tranquillity, and bliss without having to wait for my husband to change (which he did!).

Who would have thought that it could happen with a simple insight? An insight that not only transformed my marriage but my life in ways I never dreamed possible. I was no longer was suffering, screaming like a crazy person to be heard, and the constant blazing rows also came to an end.

For the first time in years, my husband started to be attentive and listen to me more. We were able to have meaningful conversations in a peaceful and loving way. He started to take more responsibility, show me more respect and it started to matter to him how I felt. The changes in our marriage were endless. You probably might have guessed by now, we are not divorced, but, remain peacefully and happily married. Alhamdhulillah.

If you’re feeling fed up with your spouse and want to let go of the stress and frustration, you can get a free 10 minute audio meditation that can bring the joy, love, and happiness back into your marriage here. 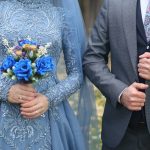 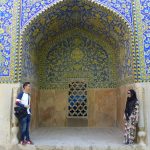 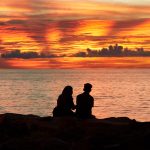 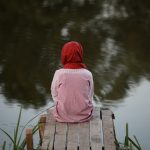