She dismissed my anguish in relating healthily with other men. I remember crying at the end of each session after leaving, walking back home, and realising that the individual I turned to help couldn’t understand my struggle.

She dismissed my anguish in relating healthily with other men. I remember crying at the end of each session after leaving, walking back home, and realising that the individual I turned to help couldn’t understand my struggle.

We can assume that everyone would agree that coercing an individual to do anything is wrong, we are reminded by the verse:

“There shall be no compulsion in the religion. The right course has become distinct from the wrong.”  (Quran, 2:256)

The Issue of Coercion

Jayne Ozanne, the leading proponent of the ban notes in her Cooper Report notes that practices which “suppress, cure or change” their sexual orientation or gender identity should be banned. Note here the shift from “conversion therapy” (a term created by gay-activists as there isn’t actually an actual therapy) to “conversion practice”. The report seemingly looks balanced at first when it states:

“Any ban on conversion practices must not inadvertently impact the ability of individuals to safely explore their sexual orientation or gender identity. Furthermore, the ban must not restrict the ability of transgender individuals to transition and to access other healthcare provisions they require. Legislation must therefore distinguish between harmful conversion practices and other practices that help people come to a consensual, comfortable, and self-accepting place with their gender identity or sexual orientation.”

The government in its consultation affirms:

“Our proposals are universal and protect everyone, whatever their sexual orientation and whether they are transgender or not. An attempt to change a person from being attracted to the same-sex to being attracted to the opposite-sex will be treated in the same way as the reverse scenario. This is also the case should a person try to change another from being transgender or to being transgender. It is important that a person experiencing gender dysphoria is able to openly explore what works for them without feeling pressured into any particular outcome. The government is determined to ensure that no person is put on a clinical pathway that is not right for them, and that young people are supported in exploring their identity without being encouraged towards one particular path. Forcing or coercing a person into this position would be considered conversion therapy.”

The Reality of a Gay-Affirmative Model

Seems great, however, this utopic vision isn’t actually the reality.

The reality of the matter on-ground is that all healthcare professionals follow an LGBT-affirmative approach, which for Muslims or other faith communities mean that individuals who have a God-centric view on sexuality are coerced into accepting an LGBT identity, and ironically any support that would affirm their beliefs would be branded by the healthcare professionals as “conversion therapy” – such that helping a client who of their own volition want to explore their potential opposite-sex attraction would be deemed as conversion therapy.

It was only recently that I heard of a Muslim in the UK who went to a therapist to discuss his same-sex attractions. The therapist recommended him a book of a Muslim who accepted a gay identity, and when he told the therapist that he didn’t agree with that worldview, the therapist mentioned a ban on conversion therapy and continued the session asking why he couldn’t accept himself to be happy.

I hear of these stories every day in our work. I remember when I sought therapy for myself in 2013, I called my medical insurance provider that I was having issues relating to my male peers and needed counselling. I had not mentioned issues around my sexuality as I knew that it would not be understood by the therapist.

They booked me 6 sessions of cognitive-behavioural therapy with a female therapist. During the sessions, I remember telling the therapist how I had issues in assertiveness, confidence, and masculinity. The therapist then dug deeper and I shared that it had an impact on my attraction towards other men due to the shame and guilt I was carrying.

The therapist dismissed my feelings and repeatedly told me that I had a “mantra” in my head that was failing to accept that I was gay and she even recommended me “pink” (gay-affirmative) therapy. She dismissed my anguish in relating healthily with other men. I remember crying at the end of each session after leaving, walking back home, and realising that the individual I turned to help couldn’t understand my struggle.

It was in the middle of our third session when she herself terminated the therapy which as you could imagine, was a difficult experience for me when I had gone to seek support.

Therefore, we see that is vitally important for a client to choose a therapist that aligns with their own beliefs and values. We all deserve the right and freedom to have choices of which direction we would want to go and for us, this is at odds with a gay-affirmative approach.

Thus, the quote we shared from the Cooper Report which encourages exploration, then adds a gay-affirmative bias:

“It is the Forum’s view that the provision of affirmative healthcare services will not be disrupted by a ban on conversion practices as these services are founded upon the belief that no gender identity, expression or experience is any more valid, ‘natural’ or ‘normal’ than any other.”

The Issue of Consent

Most people would agree that it would be reasonable to have informed consent, giving choice on the support or therapy they would want. However, the Cooper Report dismisses this by saying:

“It is the Forum’s view that it is not possible to consent to conversion practices in a free and informed manner, and that it should be no defence that victims appeared to have consented.”

“It is the government’s view that those who are under 18 are more at risk of being harmed by such counselling and as such, our proposals will protect young people regardless of whether they have freely entered such counselling. Providing such counselling to under 18s or vulnerable adults will be an offence.”

So, we see that parental concern for a child who freely wants to enter counselling addressing same-sex lust is not possible as the government considers this view harmful. This view violates European Convention on Human Rights Articles 8 (Right to respect for private and family life), Article 9 (Freedom of thought, conscience and religion), Article 12 (Right to marry), and Article 14 (Prohibition of discrimination).

Presently, the profession of counselling and psychotherapy is legally unregulated in the UK – counsellors or therapists are not protected titles in UK law. When the field of psychotherapy itself is unregulated, why is the government focusing only on therapy of sexual and gender identity exploration?

The inherent bias here reflects the magnanimity of the situation. Would it not make better sense to address coercion in talking therapies as a whole, rather than pinpoint therapy around sexual and gender identity? The government replies:

However, we go back to the original question: What is conversion therapy in these circumstances? What practices are truly harmful?

“…some forms of conversion therapy brand themselves in ways that imply they cause no harm. For example, one approach (that is advocated by a Christian ex-gay organisation in the UK) is called ‘Sexual Attraction Fluidity Exploration in Therapy’ and is abbreviated to ‘SAFE-T’. When introducing measures to restrict conversion therapies, legislators should therefore consider ways in which organisations may rebrand and alter their public-facing messages.”

Perhaps if Jowett were to see the actual definition of SAFE-T, he would have realised that it was specifically distinguished to talk of an approach in therapy that was self-determined by the client and not coercive, but exploratory in nature.

A better definition of conversion therapy or conversion practice would be where an individual is coerced or forced against their will to undertake a practice or therapy that has a result or outcome which is pre-determined by the therapist or practitioner. For example, forcing a gay-affirmative approach to Muslim clients who struggle with same-sex lust would be an example of a pre-determined outcome by healthcare professionals.

This bias in branding things as “conversion therapy” without any proof reminds me of the attack meted at the late clinical psychologist, Joseph Nicolosi. His book “Reparative Therapy of Male Homosexuality: A New Clinical Approach” was the very first book I found that helped me in the struggle, after reading plenty of gay-affirmative literature.

I cried throughout reading the book as I felt Nicolosi was describing me in the book, it was only then that I believed that there was a possibility for me to explore my sexual fluidity and perhaps if it wasn’t for the book, I wouldn’t be where I am today. Nicolosi’s ‘reparative therapy” is now considered synonymous to “conversion therapy” and is banned by Amazon.

We are witnessing a silencing and censorship of a different ideological perspective. People often misjudge Nicolosi to believe his “reparative” therapy was curing or repairing his clients, when in fact, what he meant by reparative therapy was that homosexuality was an unconscious reparative drive, attempting to compensate for a deficit, most notably a deficit of unmet same-sex needs of attention, affection, and approval.

The main claim posed by propopents of the ban is that all such therapy is pseudoscientific and harmful.

I present here facts of what we know about human sexuality and gender identity:

What Can We Do?

Therefore, we must raise our concerns that forcing a gay-affirmative approach is also conversion therapy. We must call out the bias in this debate, where our fellow Muslims who have a Quranic, God-centric lens on sexual and gender identity are prevented from getting help.

The proposals at present would prevent parents from helping under-18s access Islamic help and counselling for sexual and gender identity issues. Furthermore, they would criminalise any charitable work in this regard and promoting such services would also be classed as an offence. It is imperative that we speak up now.

The government is seeking views from individuals on proposals on a ban on conversion therapy, it is important that all God-centric individuals respond to this consultation before 10th December 2021.

Strong Support has issued guidance on how you may choose to respond to the questions.

Say, “My Lord has only forbidden immoralities – what is apparent of them and what is concealed – and sin, and oppression without right, and that you associate with Allah that for which He has not sent down authority, and that you say about Allah that which you do not know.” (Quran, 7:33)

Ali Jaffery
Ali Jaffery is the founder of Strong Support. Strong Support is a UK Muslim not-for-profit organisation for Muslims who struggle with their sexual attractions, however, do not accept or identify with a stereotyped sexual identity and wish to lead a God-centric life. 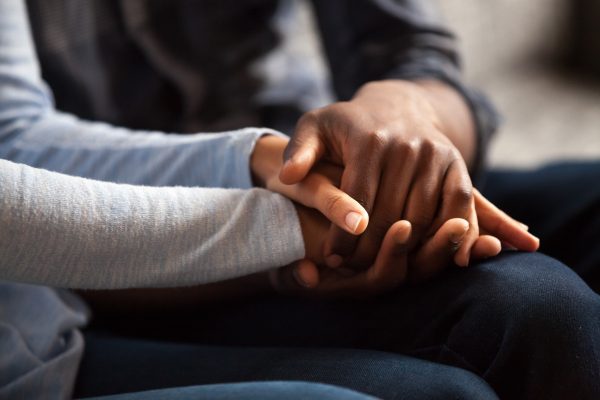 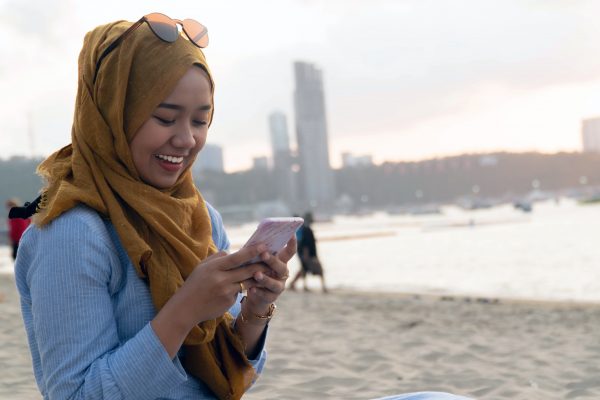 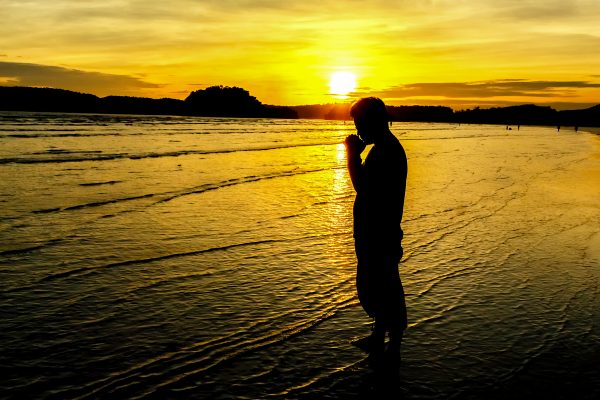