6 ways to build bridges this Ramadan

Islamophobia is rife. Sorry to start off with such a cliché, fear-mongering line but it is the unfortunate truth that in this day and age Muslims are very often getting a raw deal, and attacks on mosques and women wearing the hijab are happening all too often.

There is very little the common person can do to change the over-arching factors that fuel this. As much as I (and all of you) would like to tell ISIS and other terrorists to just STOP (to put it nicely), and the media to quit propagating their biased nonsense, chances are this is not going to happen. There are a few amazing individuals amongst us who have climbed up to places of influence, and whose articles and news clips reach far and wide, and for that we are grateful. But for the vast majority of us, that is unreachable. We tend to sign petitions, share articles on Facebook, and go to marches, but the undeniable truth is that at the end of the day, just as charity begins at home, so does sharing the true Islam. We need to work on a grass-roots level, and reach out to the people that see us and come in contact with us daily. We need to build bridges.

This gives me hope! We can do something instead of shaking our heads and wondering what next… in fact, we can do a lot. We can affect the hearts of minds of people like the Prophet did – by being the best example:

The great thing is, we can get the whole family involved! What better way to teach our children how to interact with the outside world, than role modelling it for them and encouraging them to join in.

Below are a few ideas that I’ve put together to encourage us to reach out at touch the people and community around us. These ideas are all centred around Ramadan and Eid – Alhamdulillah, Ramadan is featuring more and more in the media today, so why not capitalise on that and let people know the deeper meanings behind what we do and why. Indeed, what better month to reach out and connect with others than this one, when we are encouraged to do good and truly practise the high moral values of our beautiful faith? In fact, in Sura Baqarah, in verse 185 that was revealed about Ramadan and the Quran, it says “guidance to mankind”; Nouman Ali Khan explains this perfectly – the fact that it says Naas, i.e. mankind in general, means we should share the blessings of this month with the non-Muslims around us, whether directly or indirectly!

It is my sincere hope and prayer that by doing this, even if we have softened the heart of just one person, it has been worthwhile. So come on ostriches, let’s get our heads out of the sand, reach out and start building those bridges!

1. Give out dates in school

This idea combines several objectives in one! To reach out to the teachers and admin of school and let them know about the month of Ramadan, as well as a little bit about why we break our fasts with dates. It also lets them know that the children may be fasting, and what to expect during this time – that they won’t be taking part in PE, for example. I find giving a plate or jar of dates so much prettier and fun than just a boring old note, don’t ya think?! 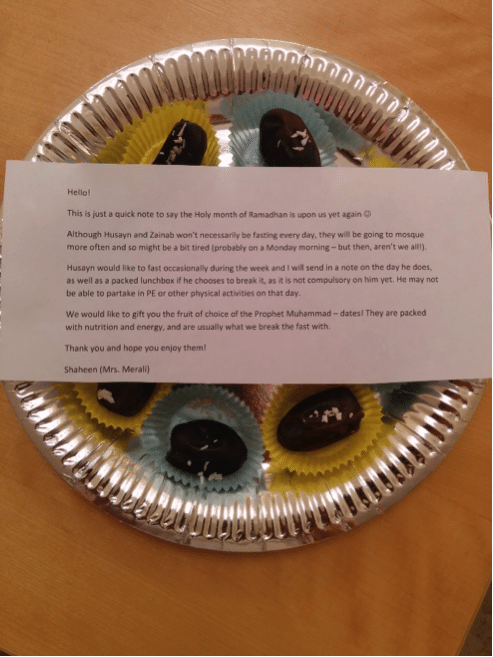 Last year, we also gave out date plates to other Muslim parents in the school – again, a great way to build bridges between us and other sects at a time when divide and rule seems to be prevalent and negativity is growing within the ummah itself.

By the way, if you’re like me and not very creative design-wise, there are SO many giveaways and freebies out on the internet for Ramadan Mubarak tags and labels – ideal for just downloading and printing off. Like this one. Here are some more examples of date jars and plates for inspiration also.

This is a great initiative that encourages people to literally ‘share’ Ramadan with others by inviting them to try fasting for a day and having them over for iftaar. I loved the concept when I heard of it, but wasn’t sure if I could try it out myself. Being a work-from-home mum, the only non-Muslims I come into contact with regularly and know quite well these days are school mums. With the long summer day fasts, I felt reluctant to ask them to fast knowing well that many of them work and have to deal with their kids, etc, and so decided not to try it. This all changed through a conversation with one of these mums at school! We were talking about Ramadan and fasting, and she said she had read about the health benefits of fasting and how it sounded great. That gave me the courage to reach out and put out feelers for this – and the response was overwhelmingly positive!

In the end I had four mums over for iftaar after a day of fasting and it ended up being one of the highlights of my month. We ate, we drank (juice, of course), we laughed, and we talk about Ramadan and fasting and much much more. Alhamdulillah, they, and others who couldn’t make it last time, are all willing to do it again this year. I had better start planning the menu!

If you’re interested, you can read more about my experience here. 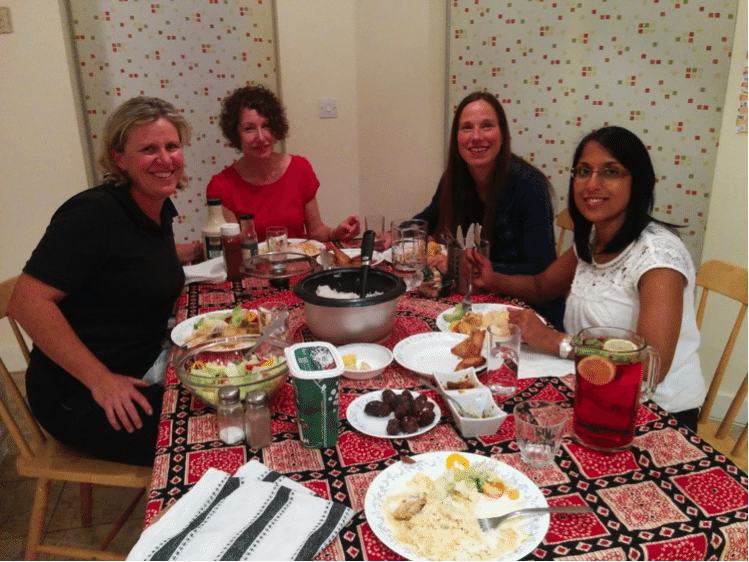 Okay so this one may sound cheesy, but it is SO important that we reach out to others through all forms of communication, including non-verbal. Charity is highly recommended in this month, and the Prophet said even a smile is charity, so there you go! Especially when we’re fasting in these long hot summer months, it is easy to be grumpy and not very forthcoming, but I always just keep this verse in mind about how the Prophet drew people to him, and to our faith:

“Thus it is due to mercy from Allah that you deal with them gently, and had you been rough, hard hearted, they would certainly have dispersed from around you; pardon them therefore and ask pardon for them…”

Smiling is such a universal form of communication, you can do it everywhere and with anyone. When I moved here from the US some odd 14 years ago, I promised myself that I would bring some of the American friendliness to the streets of London. I have to admit, it’s been hard – especially when people don’t always smile back – but hey, at least I’ve done my part. I mean, if they are going to have judgments of me being a ‘towel-head’ or a ‘terrorist’ anyway, I might as well be a smiley one!

4. Give out Eid cards to the neighbours

For many years now, we have given our neighbours cards and a little something on Eid. At first, I used to include a little paragraph on what we did in the month, and why we celebrate Eid, but I figured that by now they know all that and so we just give them cards made especially for neighbours by Buzz Ideazz that have either a verse or hadith about neighbours in Islam now. Just something small to show what the true Islam says!

We go give these cards and gifts as a family, and it has enabled us to build such great relationships with them, Alhamdulillah. They look after our house when we’re on holiday, and reciprocate with presents for the children at Christmas time. The very first time we gave such a card to a neighbour, they came by the next day and gave us a card back, and thanked us for sharing our religion with them! My sister started doing this too, and has since been invited over for tea by her Jewish neighbours. Alhamdulillah – as I said at the beginning, one person/family at a time. 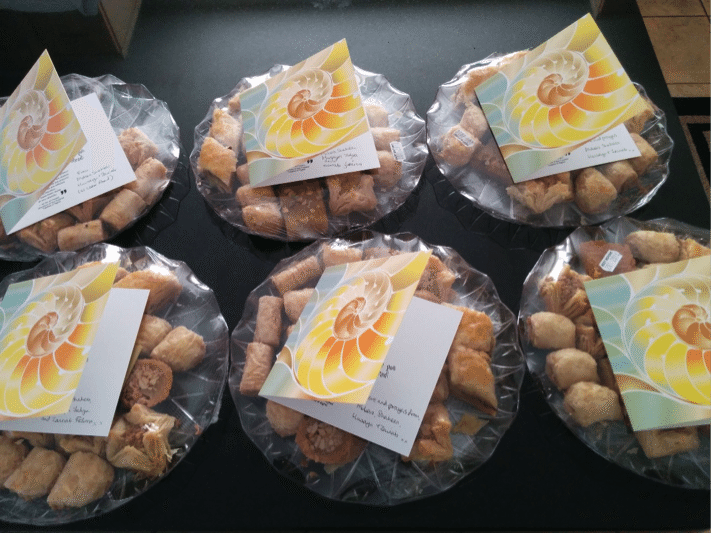 Sometimes I hear people say, “I’m not going to do that, my neighbours are awful”… to that I would say that there is even MORE reason to reach out and give them cards. To receive love and goodness, we must give love and goodness. Isn’t our history full of that? Take the example of the lady who threw rubbish at the Prophet. He responded by visiting her when she was ill and asking after her, and she, overwhelmed with his goodness, became a Muslim. Enough said.

5. Why stop at the neighbours? Give out Eid cards to community institutions as well!

Another tradition we started a few years ago was honouring the institutions in the community that serve us. We go to drop off an Eid card and box of chocolates to the police station, fire station, doctor’s office, library, and even the postman! In the card and personally, we make sure to thank them for everything they do for us. Last year, we saw our card up in the library wall for ages after – another bridge built, Inshallah! 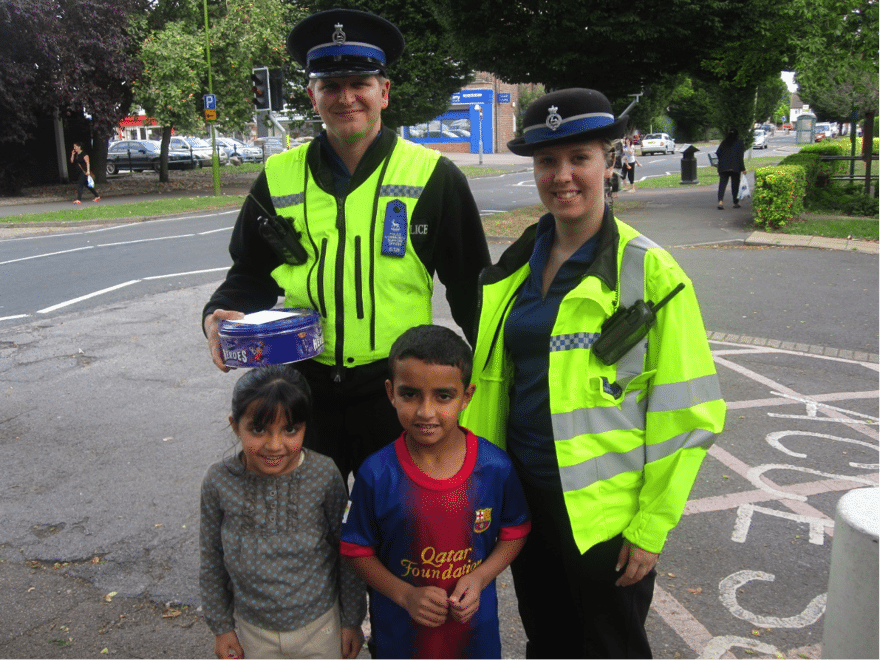 6. Let your children give out Eid cards to their teachers and classmates.

And finally, let your children start reaching out from now too! My son always used to complain that his school had a little postbox at Christmas time, and all his friends were giving out cards to celebrate their festival, and why couldn’t he? So Buzz Ideazz created little Kidzz cards which they can now give out to their classmates and teacher for Eid! There is also a range of inter-faith Christmas cards for classes too, but that’s for another article ;).

Don’t forget, anything that goes to the children goes to their parents too, so in this way we are reaching out to many more people too. I have had parents approach me to say thank you for the card and wish me, but what I will never forget is how a (non-Muslim) friend of my son’s was so touched by the card that he went home and made a card for him in return. Even more poignant were the words he had written on the front – ‘Joyful! Wonderful! Spiritual! Family time! Present time!’ Eid summarised in a perfect few words indeed! 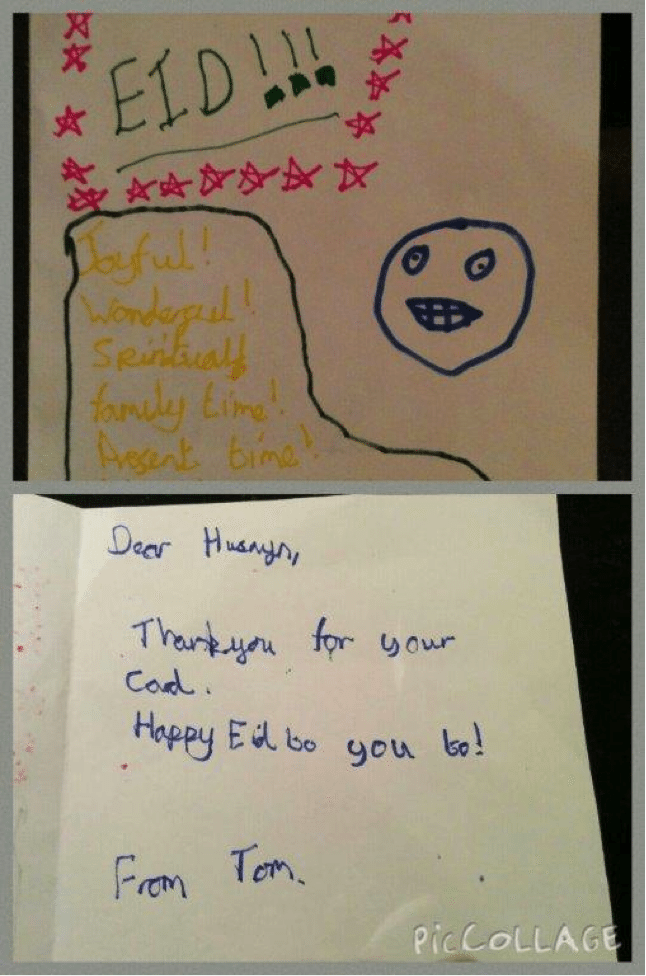 Well, that’s all for now, folks. It would be great to hear from you – if you have any more ideas to add to this list, I would love to hear it! Please comment below or drop me a line with all your ideas on [email protected].

Until the next time, Inshallah – and in the meantime, have fun building those bridges!

Shaheen Merali
Shaheen Merali is the owner of a little (ad)venture called Buzz Ideazz, where she shares productzz and ideazz to help children love, understand and practically apply Islam from a young age. To view her blog and shop, check out www.buzzideazz.com 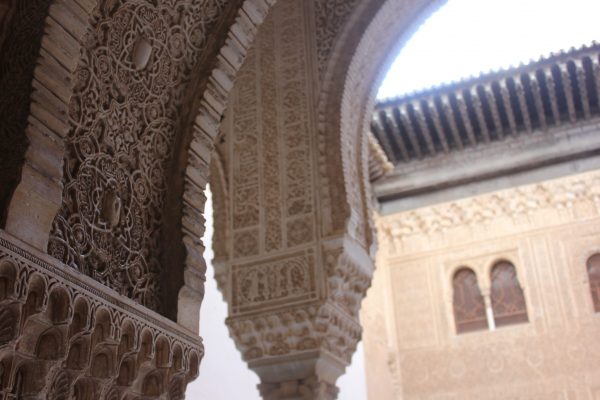