Erasure of the Muslim Superhero: The effect of Islamophobia on Muslim children

The Easter break. A time that staff and students alike look forward to, especially after a long and eventful term. As a teacher who remembers what it was like to be a student, (and someone who has a younger brother who is still in school) I know what it’s like to have a stack of homework to do and the pure hatred that is directed towards the teacher for setting it. As a result, I decided to keep the Easter break assignment for my Year 7 group short, simple and entertaining, allowing me to asses their creative writing capabilities and knowing that they would have fun with it at the same time.

Task: You are a superhero who wakes up one morning and realises that all your powers have gone. Write about your experience and your venture to get them back.

I allowed the class to get started on their stories, planning it all out and showing me their thought process. One of the boys in my class was struggling so I went over to help him oil the motors and get him on the road to writing. After a spot of planning, I asked him about the name of his superhero. I did not expect the conversation that would come next.

Me: So, final steps! What are you going to name your superhero? Peter? John?

Me (feeling silly for not having suggested any Muslim names): How about something like Ali the Awesome? Or Super Sajjad? Or Mega Muhammed?

Student: No way, miss. I wouldn’t even dare.

Me: Wait, why? If you’re worried about me marking it, I don’t mind at all – I’m giving you full creative license on this task.

Student: No, I can’t give my superhero a Muslim name.

Me (after a few moments): Why can’t you give them a Muslim name? I don’t get it.

And that’s when it hit me, a blow to the mind that left me completely speechless.

How is it that an innocent 11 year old has been so completely brainwashed that he no longer has the ability to see worth in himself or his fellow brothers and sisters in faith? What kind of world do we live in whereby we don’t value the idea that anyone and everyone can be a superhero in their own way? What message are we giving the future generations when all forms of media and literature perpetrate the idea that Muslims can only be “baddies” in this world? 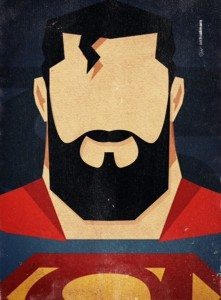 It took me a few moments to take in what he had said. Dazed, I instructed him to keep brainstorming and that I would check back in a few minutes. In those few minutes, I walked around the classroom almost in a trance. I knew I had to do something. Quickly, I drew up a plan for a short story about Mega Muhammed, a superhero who had lost his ability to fly and lift heavy weights; a character who defied all odds and all the problems sent his way and gained back his powers which had been stolen by his enemy, a villain who disliked his abilities.

After sharing it with the class, getting positive responses and getting them ready to head off to their next lesson, I’m happy to report that the student I was talking to had reframed his story to revolve around Captain Mansour; a teacher who could read the minds of her students all the time (just imagine if this was a possibility… my job would be unbelievably easier!) Truth be told, I was quite entertained by the idea that he had chosen me to be the template for his superhero, but above all, I was glad that he could see a woman in a hijab as a superhero.

On that day, I was taught something that I had never expected. I realised that it was my duty as an educator to make the younger generation value themselves, their religion and their beliefs. If they are raised with the idea that they can never be a superhero, they will never believe that they too can be destined for greatness. I realised that we need to dispel the myth of the villainous Muslim character and make them realise that as a religion of true peace, they won’t be a “baddie” just because society thinks they are.

It is time for all of us to take it upon ourselves to educate the younger generation, regardless of our line of work.

For too long we have allowed our narrative to be taken over by the likes of Don DeLillo (I mean, come one – how is Hammad an embodiment of the quintessential Muslim in ‘Falling Man’?!) as well as other mainstream authors and movies which romanticise the non-Muslim man as the ultimate superhero. We need to create our own literature and write back, to counteract the erasure of the Muslim superhero and remind our young ones that effectively, we are the agents of change in this world. We have the power to influence the minds of the younger generation for the better, and as Peter Parker’s Uncle Ben would say,