Back to school and we’re already stressing over prom

Our children are buying into the allure of the red-carpet look for one day and we’re just letting them.

Our children are buying into the allure of the red-carpet look for one day and we’re just letting them.

Is your child having a stressful final year at high school? Working hard? Spending hours researching subjects? It seems like they’ve got their priorities straight and you should be very pleased with them. But what if they aren’t trawling through quadratic equations or researching genetic engineering, and rather agonising over what prom dress/suit to buy, or spending hours on Pinterest looking at hairstyles? Are you okay with that? Because as a high school teacher and a Muslim parent, I am livid about it.

We need to talk about prom

Why are our kids, who will be sitting their GCSEs this year, dedicating so much time and energy to a frivolous party? Unfortunately, our children have been duped into thinking that prom is this magical evening, a night when geeks become beauty queens and 16-year-old girls feel like Kylie Jenner sauntering down the red carpet with all eyes on them. That’s how the movies tell it to them. Unheard of in Britain 15 years ago, the prom is now the glamorous ‘highlight’ of the year for thousands of school-leavers. Over the top ‘passing out’ celebrations for Year 11 students (aged 15-16) and Year 13 (aged 17-18) have become the norm causing an untold amount of anxiety to students and financial difficulty for parents. More than 85% of schools in Britain now hold school proms, which range from boat parties to tailor-made extravaganzas.

No wonder the UK high school prom industry is now worth a cool £90m a year.

Naïve teens get enveloped in this extravagant fantasy, and for the sake of their child’s happiness, gullible parents are quite happy to pay for it. The cost of one night of prom is shocking. A recent Visa survey showed that in 2015, the average American family spent $919 per attendee on prom night Promaholics.com, a site devoted to ‘all things prom,’ which states, “Choosing a dress for prom is up there with choosing a wedding dress.”

According to Go-Compare, the average prom cost for a UK parent in 2015 was £190 – up 23% from 2013. Typically, at my daughter’s school, girls (and by girls I mean their parents) are splashing out £150 on a dress, £120 each to share a 5 seater limousine, £35 on makeup and a thrifty £30 on shoes! No wonder the UK high school prom industry is now worth a cool £90m a year. Ever more extravagant proms create a cycle of teenagers continuously trying to outdo each other, making the evenings more and more expensive. Personally, I refuse to be pestered into paying £120 an hour for a limousine that I won’t get the pleasure of sitting in myself.

The allure and characteristic red carpet look – long frocks and limousines – that are synonymous with proms, come not only from a lifelong diet of banal Hollywood teen movies and soaps but also from a money-orientated world where schoolgirls/schoolboys measure themselves against film stars and football players. Proms are an incitement to celebrity-fantasy as they disingenuously give our kids the chance to be a movie star for the evening.

I don’t want my teenage daughter to aspire to be a superficial, self-absorbed, celebrity; do you?

As we know, exam stress is a necessary evil, while prom stress is a headache that our kids should not have to deal with. As I mentioned, I’m a high school teacher, and GCSE’s have now become more difficult to pass, so naturally students need to focus more time and energy studying. Therefore, it makes no sense for schools to encourage students to waste – yes, waste – their lunchtimes organising bake sales for their prom.

It’s no wonder that UK students are stuck in educational doldrums, according to the influential PISA report. The Programme for International Student Assessment (PISA) is undertaken once every three years and tests 15-year-olds’ abilities in the core academic disciplines of Reading, Maths and Science. Launched in 2000, around 540,000 students from 72 countries took part in PISA in 2015. The UK results were abysmal: Science was 15th place, Reading, 21st and Maths 27th. Do you think the parents of high school students in Singapore, China or Finland (these countries were in the top 10 rankings) would let their kids squander their time a few months before their GCSE exams?

You may have guessed that my daughter will not be going to her school prom – her older brother didn’t go either, and it’s not because I’m a penny pinching, kill joy. Having taken the time to study the ayah and hadith relating to socialising in Islam, I can’t find any Islamic evidence to say teenagers (who no longer see themselves as ‘school kids’), can go to a mixed party, looking absolutely gorgeous (with or without hijab) where couples will be dancing, flirting and kissing. As we all know, Islam is a way of life and therefore it has comprehensive social laws that regulate the relationship between men and women, which aim to direct and restrict the fulfilment of desires to marriage alone. These social rules also include the Islamic dress code, the prohibition of an unrelated man and woman being alone together, as well as the prohibition of the free-mixing of the genders and intimate relationships outside marriage. These laws have a tangible, positive outcome of protecting the family unit and the rights of children, as well as ensuring healthy interaction between men and women that is productive and not cheapened nor hindered by romantic distractions.

When the Prophet (peace be upon him) saw men and women mingling when they were leaving the mosque, he ordered them to separate and even made different entrances for the genders in the mosque to ensure separation. He also organised separate classes to teach men and women about Islam. For the prayers, the Messenger arranged the men and women into separate lines and the women would leave the mosque before the men in order to prevent their mixing. Umm Salamah, the wife of the Prophet  narrated:

“Whenever Allah’s Apostle completed the prayer with Taslim, the women used to get up immediately and Allah’s Apostle would remain at his place and so would the men who prayed with him.” [Bukhari]

These pieces of evidence establish that the general norm in Islam is that men and women are obliged to be separate, but there are clear exceptions prescribed by the Qur’an and Sunnah of where they are permitted to meet and interact for a clearly defined purpose – for example in education, seeking of medical care, trade, accounting the ruler, raising their political opinions within society, and so on. Essentially, gender separation is a well-known and important Islamic tradition that is part of everyday life within Muslim communities, practised in mosques, Islamic weddings, Muslim schools, and homes.

As parents, we have to take our responsibilities seriously

A hadith records the Messenger of Allah (ﷺ) as saying:

In addition, Allah (swt) says in the Holy Quran:

“O you who believe! Save yourselves and your families from a fire whose fuel is men and stones; over it are angels stern and strong, they do not disobey Allah in what He commands them, and do as they are commanded.” [66:6]

We know that Muslim teenagers face immense peer-pressure to follow the crowd, and it doesn’t help (girls in particular) when fame-hungry Muslim YouTubers misguide them with videos titled “How to hijabify your prom dress” and “Get ready with me for Prom: turban tutorial.” That being said, it is also parents that shouldn’t give in to emotional blackmail that contradicts Islam aswell. Our kids may not have enough life experience to appreciate the wisdom of the ayah:

We have the wisdom, therefore it’s our duty to explain why going to a mixed prom is haram. Our kids will plead “It’s just a harmless school party… It’s the last time I will see my classmates. There won’t be any alcohol and the food will be halal”, but that mindset shows that our kids think Islam is nothing more than a bunch of dietary rules. We have to spend time talking about our core beliefs, why we believe in Allah, why the Quran is the word of Allah and the Prophet’s (peace be upon him) life is the example we follow. We don’t want our kids to be like the people mentioned in the ayah:

“And leave alone those who take their religion as play and amusement, and are deceived by the life of this world. But remind (them) with it (the Quran) lest a person is given up to destruction for that which he has earned, when he will find for himself no protector or intercessor besides Allah, and even if he offers every ransom, it will not be accepted from him. Such are they who are given up to destruction because of that which they have earned.” [6:70]

You have to be frank with your child that you know exactly what goes on at proms and its after parties, where drinking, drug-taking and God knows what else happens. When our children leave high school they are at a crossroads, that crossroads being the restrictions of school to the freedom of college. It’s a delicate time, they’re on the cusp of adulthood and to make the right choices they need Islamic guidance. While prom may seem like the be-all, end-all of events for your teen at the moment, it is you and I that know that soon it will become a distant memory. Let’s act accordingly.

Farhat Amin
Farhat Amin is a proud Muslim mummy & has been successfully running her own Muslim business for over 12 years. She homeschooled her children for a few years and subsequently became the deputy head of the Islamic school they attended. She started The Muslim Sticker Company because she felt there was a need for positive Muslim parenting resources. She designs Muslim children's books and creates Eid decorations to help Muslim parents inspire their kids to follow Islam. You can visit her new website at: www.farhatamin.com and also listen to her Islamic podcast: A Muslim Mom here: https://farhatamin.com/podcast/ 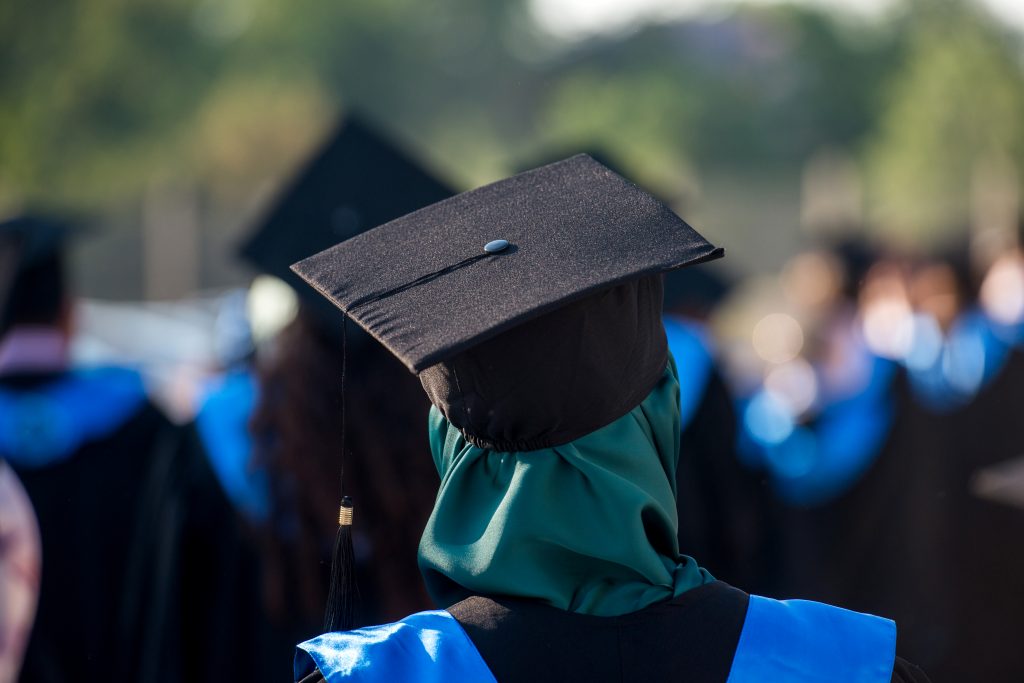 A New Semester of Opportunities: Tips on How to Return to Studying 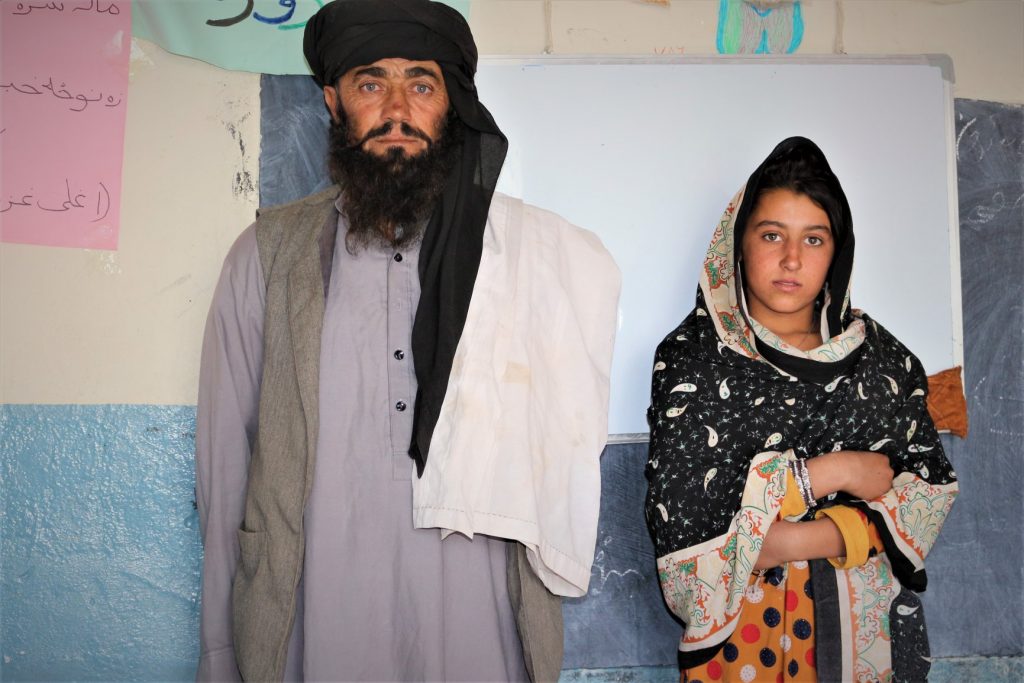 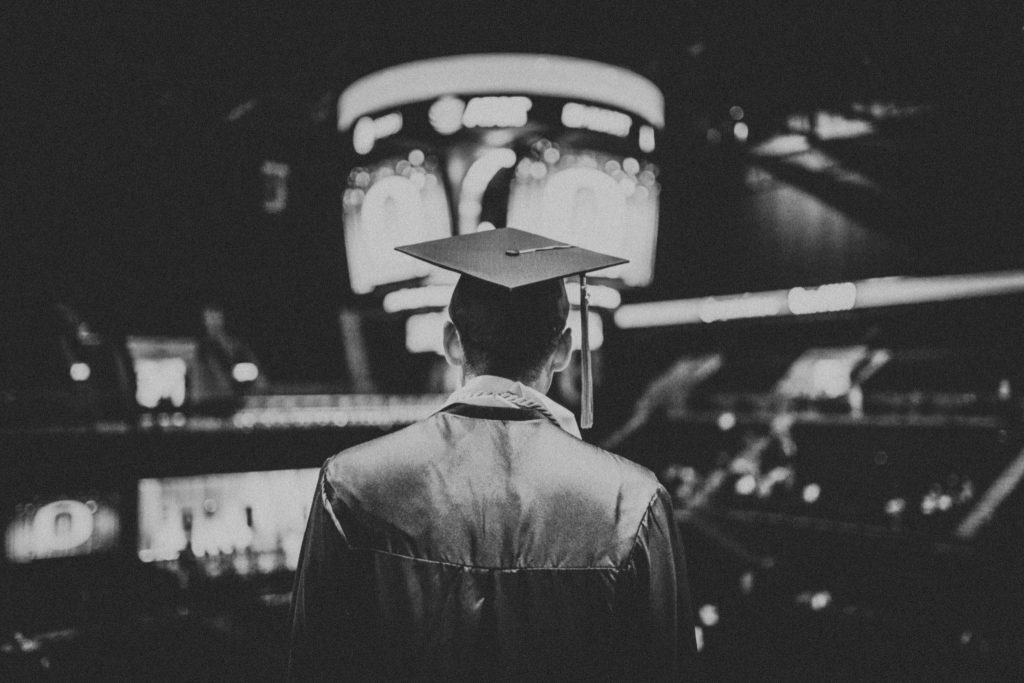 3 Ideals To Really Strive For At School