The Forgotten Ones: A Year in the Life of a Divorcee

“Divorce as we know it is a process akin to grief and bereavement, but without anything physical to attribute this to (especially in the case of divorcees with no children), very few women are looked at with the same degree of empathy or compassion offered to those who have lost their loved ones.”

“Divorce as we know it is a process akin to grief and bereavement, but without anything physical to attribute this to (especially in the case of divorcees with no children), very few women are looked at with the same degree of empathy or compassion offered to those who have lost their loved ones.”

I can’t quite believe it sometimes, but I reached a huge milestone a few weeks ago.

I’d just spent the first year of my life living as a divorced, Muslim woman in the UK, and if there’s anything I’ve learnt, it’s that there’s nothing quite like the word ‘divorce’ to stop a conversation in its tracks. The truth is, there was nothing that really prepared me for a time like this; moments where the very tapestry of my life had been pulled apart at the seams, thread by thread, little by little.

I’d often thought of myself as unique in this experience, but as it so happens, other ladies I’d had the blessing to meet and share accounts with, also bear testament to this universal feeling. Essentially, it is a real sense of being unravelled somehow, like being cast into an ocean and realising you don’t have an oar, on a boat you didn’t notice had been swept so far away from shore.

I’d sometimes described it as ‘being out on a limb’ which didn’t really do it justice, but it most definitely affected me in ways that I had not expected, on levels that were spiritually, mentally, financially, and even physically challenging.

What pleasantly surprised me and brought me a sense of comfort throughout this time, however, was that the more I shared my own story, the more others shared of their difficulties with me. It was through these sessions of mutual sharing, transparency, and openness, that I came to understand the sheer strength and resilience that women possess in times of difficulty and hardship.

No doubt, I’d always known and heard of these qualities through examples in my Islamic learning, but hearing somebody’s lived experience in the flesh was something incredibly powerful. Married women spoke of difficult, arduous marriages, the lack of identity, and the struggles of motherhood. Single women lamented the difficulties of finding a partner in a world of Instagram models and TikTokers, the standards of which were becoming increasingly hard to reach. Whilst divorced women told me histories of broken homes, stories of survival, and of old distant wounds beginning to resurface following the breakdown of their marriages. From what I could gather, women dealt with trauma in a myriad of different ways, each extraordinary in their own standing.

On a personal level, I had gradually come to recognise the uneasiness of not quite belonging in a group anymore. For the first time in my life, I was no longer on the list of hopeful mothers-to-be, and for one reason or another, I no longer identified with being a singleton having dreams of ‘The One’. Essentially, I was wedged awkwardly somewhere in between the two, but now with copious amounts of life experience, and with few to share it with.

Getting Rid of the Stigma Around Divorce

Unbeknownst to me, I had become a  member of a minority that felt ‘forgotten’ and was sadly, seldom seen or heard. On rare occasions, I would be happy to come across a kindred soul and it would feel like speaking to a far distant friend with whom I once shared a life, both of us speaking a language only the other could understand.

Between ourselves, we would laugh about our experiences of marriage apps and concepts of ‘halal dating’ (that had never been a part of courting stages back in our day) or perhaps, discuss the uncertainty of future plans and the ever-looming pressure of our biological clocks. More importantly, however, we told stories of courage, the importance of self-love, and the battle of giving ourselves internal, unconditional validation that we struggled with on a daily basis.

Knowledge of post-marriage experiences like this taught me the extent to which the implications of  divorce were grossly overlooked, despite it impacting nearly every aspect of a person’s life. It not only shaped past, present, and future relationships, but also brought into question most of the life decisions that had been made up until that point, which was all together, mentally, and physically exhausting.

Divorce as we know it is a process akin to grief and bereavement, but without anything physical to attribute this to (especially in the case of divorcees with no children), very few women are looked at with the same degree of empathy or compassion offered to those who have lost their loved ones. As one friend so aptly put it, the overall feeling was one of “we’re not even allowed to  grieve anymore”.

Periods of severe lethargy or anxiety are frowned upon or worse, wholly dismissed, whilst the suffering party is often just mustering enough strength to get out of bed in the morning to face the world (and face the world, they must). Coupled with the agonising task of mentally piecing themselves back together again, sadly, the physical impacts of divorce are rarely spoken about or understood. Unfortunately, this is even before we consider the implications of children-rearing for single mothers or the pressures of having to provide for oneself after long periods of being financially dependent.

Fundamentally, there appears to be an evident vacuum of care and sympathy for the divorced women in our communities, which requires our attention and concern. Too often had I noticed the  distancing of friends who bristled at the word ‘divorce’ and were never to be seen again, the awkward silences of a potential spouse who didn’t quite know what to say when you broached the topic, or perhaps the single women who now just saw you as nothing but competition.

Undoubtedly, for every naysayer or ‘dismisser’, there were those who rallied around, providing comfort and support when you needed it the most. But the frequency of the former is a bitter pill to swallow, particularly in the very early stages after a relationship breakdown, and even more so if you were at the receiving end of a difficult spouse/marriage.

What we fail to understand is, is that for the most part, divorce is an incredibly lonely journey (even for the most socially confident butterflies amongst us), and women will often mask or hide a genuine need for affection and reassurance they truly need.

As time goes by and life begins to make sense again, starting afresh can also feel like a mammoth task, especially when it comes to contemplating marriage and being brave enough to once again, allow someone back into your personal life and space. A huge part of this learning curve comes through realisation of the fact that there are very few people who are likely to advocate for marriage on your behalf, for one reason or another (and this can be said for marriage-seeking in general, but that’s a different story).

And so, ensues a process of venturing out and seeking new interests and hobbies to occupy your time and to establish some hope of finding a spouse amongst like-minded individuals. The benefit to this approach, however, is that it finally begins to build up confidence and zest for life in you that you had completely forgotten had existed.

Thus starts the gradual, but beautiful process of finding yourself (and having fun along the way – something else you had evidently forgotten how to do). As cliché as it sounds and as much as we wished somebody had told us many moons ago, we understand that we must first be whole, rather than believing that another will complete us in any way.

So, finally, any parting advice? Well, the following are just a few pointers of wisdom that I have gleaned from experiences (both positive and negative) through the trials and errors of this journey so far. Coupled with this article, I’ve put them together in the hope that it will help a woman, somewhere, somehow, going through what can only be described as the closing of an old chapter, and the courageous beginning of a new book.

In essence, it is a reminder to bring to the forefront of our hearts and minds, our forgotten sisters, and to give them a message of love from those who are walking alongside them, just to say that ‘we see you’.

And finally, to my dear strong sister: 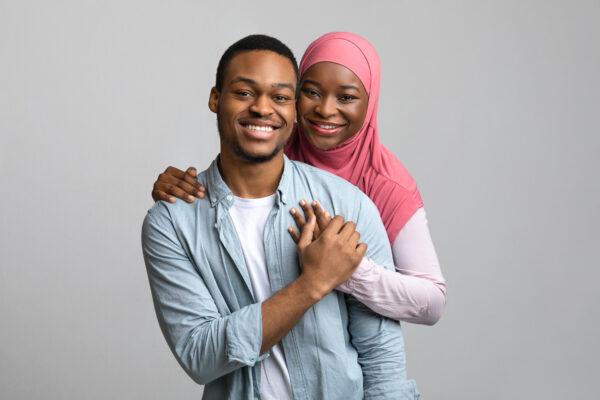