Here’s how you can use the month of Ramadan to quit smoking!

Here’s how you can use the month of Ramadan to quit smoking! 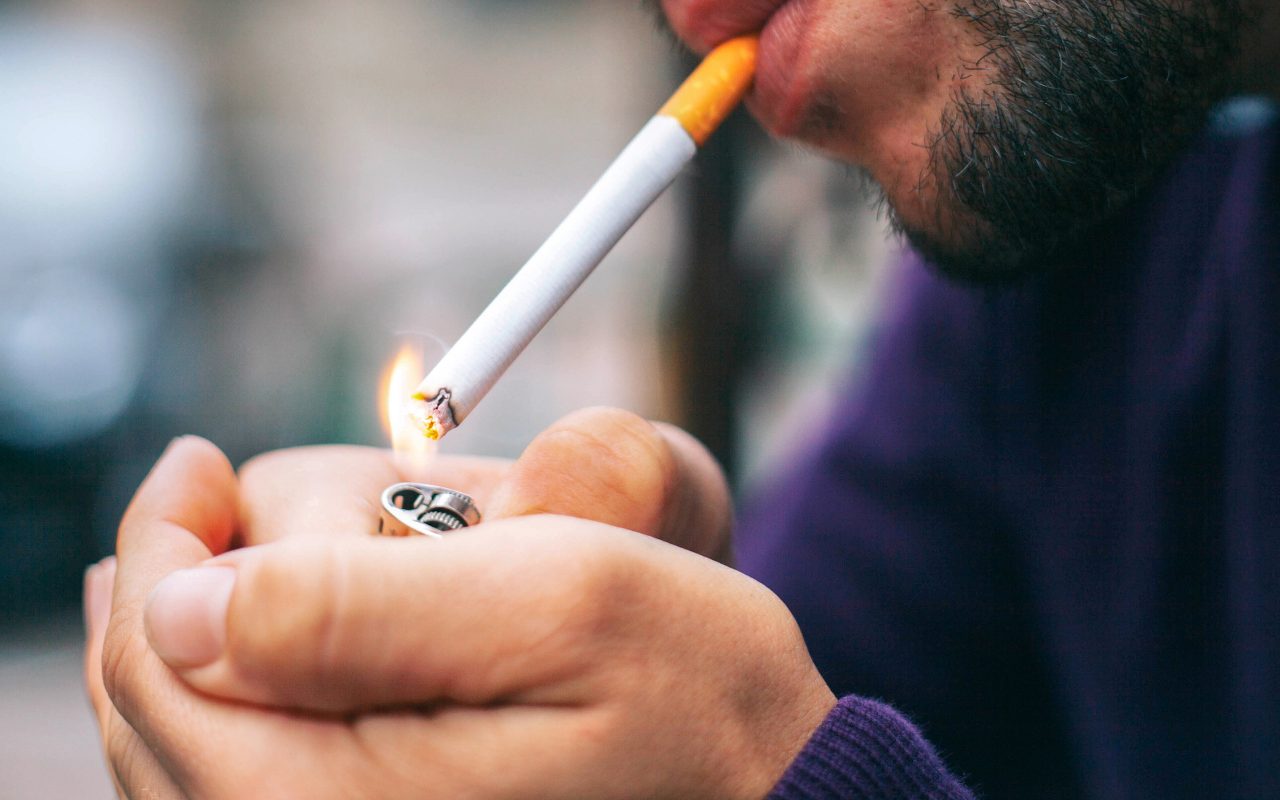 Ramadan is an incredible month. Relationships with God are strengthened, relationships with loved ones are healed, and our relationship with our selves change. It is both a month of denial and affirmation, with our abstinence denying our lower self, while our higher selves are nurtured by increased prayer, reflection and remembrance. It is certainly a month of behavioural change, with even the least engaged faster experiencing a month of significant (if not profound) difference. In this behaviour change comes an opportunity to rid ourselves of unwanted behaviours and develop desired ones in their place.

While Bangladesh and Indonesia are the only two Muslim majority countries in the top 10 smoking prevalence list, smoking is on the rise in many Muslim countries throughout the Eastern Mediterranean and Africa. Four Ramadans ago I was fortunate to break from my insidious addiction to cigarettes and wanted to take an opportunity to discuss some techniques and insights from behavioural psychology that can be useful in helping smokers break from their habit this Ramadan.

One technique used in Applied Behavioural Analysis (the practice of changing behaviour based on the Behavioural branch of psychology) is reinforcing an alternate behaviour. Just as the name suggests, this involves focusing on an alternative behaviour that is incompatible with the undesired behaviour. From the Islamic tradition, one behaviour, heavily recommended within the Sunnah, immediately comes to mind. The Prophet (SAW) so loved use of miswak that he said:

Were I not afraid that it would be hard on my followers, I would order them to use the siwak (as obligatory, for cleaning the teeth).”

and in another hadith:

Miswak is a means of the purification of your mouths and the pleasure of your Rabb.”

The religious merits are clear – so where does this fit in with behavioural psychology? When smoking, we primarily engage our mouths and our hand. Using miswak is therefore a behaviour that removes the possibility of smoking. As well as that, both our mouths and our hands will be idle and missing the activity of smoking; by engaging them both, we allow them to satisfy their urge of activity but in a healthy way. How beautiful is this replacement; from going from harming one’s mouth and hands, to bringing them benefit, and from racking up sin, to racking up hasanat. Trust me, when in the midst of a nicotine craving, it can be a great release too.

The medical benefits of using miswak are numerous, and include fighting tooth decay and cavities, being antibacterial, protecting against plaque build-up, strengthening gums, preventing gingivitis, and being anti-carcinogenic.

The use of incentives to change behaviour has been shown to be effective across a heap of studies. While the believer might want to do something only for His sake, the reality is that sometimes we need an extra push to allow us to get there. Taking the Quranic model of behaviour change in relation to alcohol, God did not ask the early believers to leave alcohol immediately; it was a phased process. This logic shows room for pragmatic thinking, and when we come face to face with our own addictions, we can see the value of pragmatism.

Incentives can come in various forms, but the most obvious is usually found in a financial reward. Reward yourself for the days, weeks, months, and God-willing, years that you stay away from cigarettes. This might be most needed during the early stages. It can be as simple as granting yourself £X amount to treat yourself for every week of abstinence. It might seem insignificant, but the research shows that this technique increases the likelihood that you’ll be able to quit. If money is not a motivator for you, find something that is; X minutes of “me-time”, a special meal to mark the next milestone, and so on. Don’t feel guilty about treating yourself – the benefits of quitting cigarettes, to you and your loved ones, are worth a small indulgence.

Tap into Your Loss Aversion

Building on the idea of using incentives, there is a key finding from behavioural science related to something called “loss aversion”. This concept, coined by researchers Daniel Kahneman and Amos Tversky, relates to human propensity to fight to avoid loosing an amount more strongly than they would fight to gain a similar amount. Where this comes in to the discussion at hand is in the use of incentives. Going further than merely being awarded an incentive, researchers have found losing something deposited is a more effective means to break a bad habit. Researchers have found that individuals who deposit £150 with a researcher, and are given £650 from the research (on completion of 6 months of smoking abstinence) were more likely to stay abstinent than those who were simply promised £800. This investment from our own pockets drives us, tapping into our aversion of losing something that is ours.

This can be applied by depositing £X amount with a (very) trusted loved one, and instructing them not to return it in the event you don’t reach your smoking cessation goal.

Prime Yourself with Dua

During the challenge of quitting, making a habit of asking for God’s help through dua is of benefit. The religious prescriptions are known;

And when My servants ask you, [O Muhammad], concerning Me—indeed I am near. I respond to the invocation of every supplicant when he calls upon Me […]”.

From a behavioural point of view, this repeated act of asking for God’s help can also serve to prime ourselves to remember the goal and work towards it. Priming is a concept that describes predisposing oneself to think or act in a certain way, usually due to a slight change in perception or by bringing something to our attention. Of course, the act of dua is more powerful than priming to the believer.

In the famous words of Muhammad Ali:

You told everybody I don’t have a chance. You told ’em I don’t have nothing but a prayer. Chump, all I need is a prayer because if that prayer reaches the right man, not only will George Foreman fall, mountains will fall!” (and boy, did he fall).

But it is worth considering the psychological benefits of this act too. In terms of priming, repeated dua, asking for deliverance from cigarettes can also serve as a continual method of priming, continually reminding your brain to be in a state of readiness against the cravings that will arise. Dua is your ally, primarily in a spiritual sense, but also in a psychological one too.

Be Mindful of Ego-depletion

Be mindful of ego-depletion. This is a concept used to describe the exhaustion of our self-control strength. While engaging in extra self-control behaviour has been shown to strengthen our overall self-control ability, in the short-term, it can mean a susceptibility to falling to other desires. With this in mind, it might be wise to quit smoking a few days before Ramadan, to give yourself sometime to compensate, momentarily, by eating, both in the face of ego-depletion, and the removal of the appetite suppression of nicotine. Once Ramadan begins, you’ll be over the worst of the cravings and depletion; studies show that these typically peak at the 48-hour mark.

If Needs Be, Use Nicotine Replacement Therapies (NRTs)

Using again the analogy of the Quranic approach to weaning the early Muslims off alcohol, using nicotine in other, significantly less harmful forms, can be an asset in the battle. Getting nicotine from chewing gum, patches or other means is much healthier than cigarettes. You’re avoiding tar, carbon monoxide and a host of other harmful chemicals. The lesser of two evils is clear. The use of NRTs is particularly useful at times of cravings. If you usually smoke after a meal, and the miswak is not proving to be enough for you, have a piece of gum ready for that post-Iftar craving. Again, the literature shows that individuals who employ NRTs are more likely to quit than those who go cold-turkey.

A slip is not a fall. You might regress into a cigarette or a few. While studies show that those who stay totally abstinent during the first period are more likely to follow through, a slip-up does not mean it’s over. Keep fighting, keep praying, and keep positive. Negativity that ensues with a momentary lapse can be incredibly debilitating if we dwell on it.

Finally, two sayings to help you along your path:

If you come to Me walking, I will come to you running.”

You will never leave something for the sake of Allah, but Allah will give you something better in return.”

To sum up, this intervention can be described as a “kitchen sink” approach – throwing a range of tools at smoking and overwhelming it. Some will appeal to you more than others, but with the right intention and assisting behavioural techniques, Ramadan can truly become a fantastic opportunity to rid yourself of smoking.