What is the Islamic view on gifting and accepting gifts? With Shahr Ramadan and Eid around the corner, let’s find out!

What is the Islamic view on gifting and accepting gifts? With Shahr Ramadan and Eid around the corner, let’s find out!

Giving and receiving gifts is highly recommended in Islam and is a sunnah of the Prophet Muhammad. In this article, I’ll look at what the Qur’an and ahadith say about giving and accepting gifts.

The qur’anic view on gift-giving

A gift is defined as “a thing given willingly to someone without payment.”

Everything we have is a gift from Allah (SWT). Our material possessions and the people we have in our life are a gift. He has also given us numerous intangible gifts such as a strong belief in Him and His Prophet, which is of course more valuable than anything else.

These are the general gifts Allah (SWT) gives to mankind at large. He also gives specific gifts to special people such as Prophets, which is the gift of specialist and divine knowledge that equips them to lead mankind. It is this gift most-referred to in the Qur’an. There are eight references to Allah (SWT) describing Prophets or highly learned people as “those gifted with knowledge.”

Other times gifts are referred to as the bounties available in heaven for the righteous people.

Is There Any Problem With Giving or Accepting Gifts?

Narrations from the Prophet speak about gift-giving in a way we commonly know it. The key difference between Islamic gift-giving and western traditions is we don’t need to wait for a reason to buy someone a gift like a birthday, Christmas or Mother’s/Father’s day.

The Prophet used to accept a gift and make return for it.”

This sahih hadith summarises the concept of giving and receiving gifts in Islam. The Prophet’s actions indicate he has no issue whatsoever with giving gifts and would even reciprocate.

Are There Recommended Gifts?

Ideally, a gift should be practical, useful and something that can add value to the receiver. There isn’t anything specifically recommended in the sunnah. Perfume and scents were (and still are) very popular in Arabia and the Middle East. As a result, the Prophet would receive and accept these:

The Prophet never refused a gift of perfume.”

It is recommended to wear perfume on Fridays and before prayer, and they smell nice, so it’s one of the most popular gifts given throughout the history of humanity.

Another gift commonly brought to the Prophet was the food of various types. He would never reject these:

When something was brought to him, the Messenger of Allah would ask: ‘Is this charity or a gift?’ If they said: ‘Charity.’ He would not eat it, and if they said, ‘A gift’ he would eat it.”

People come from different socio-economic backgrounds, which influences how often they can gift and the type of gift they can afford. The Prophet always encouraged people to accept a gift, no matter what it is:

O Muslim women! No one of you should consider insignificant (a gift) to give to her neighbour even if it is (a gift of) the trotters of a sheep”.

What Are The Effects of Gift-Giving?

The term ‘peace offering’ is used in contemporary cultures when someone brings a gift to a rival or adversary to defuse the situation and bring about friendship. This is the number one effect of giving gifts reported by the Prophet too:

Give presents to one another. Presents remove malice from the hearts.”

Aisha narrates something similar, also from Tirmidhi: “Exchange presents with one another. Presents remove ill-will from the hearts.”

What Can Someone Do If They Are Unable to Give a Gift?

If due to affordability or logistical issues, one is unable to return a gift, there is a solution given to us by the Prophet:

If a present is made to anyone, and he has something to give in return, he should offer it, and if he has nothing to give (in return), he should praise him (by way of gratitude), and say a good word in his behalf. Whoever did it, fulfilled the claim of gratitude, and whoever did not. And concealed a favour (done to him), was guilty of ingratitude, and whoever flaunts a virtue that, has not been granted to him is like a man who wears a double croak of deception.”

Gift-giving is one of the most common and important ways to show some appreciation and build strong relationships. Gifts express respect, love, and gratitude. This can help to bring two people closer together through a sense of mutual sharing and caring. As Muslims, we should aim to establish strong relationships with each other, using gift-giving as a foundation for that goal. 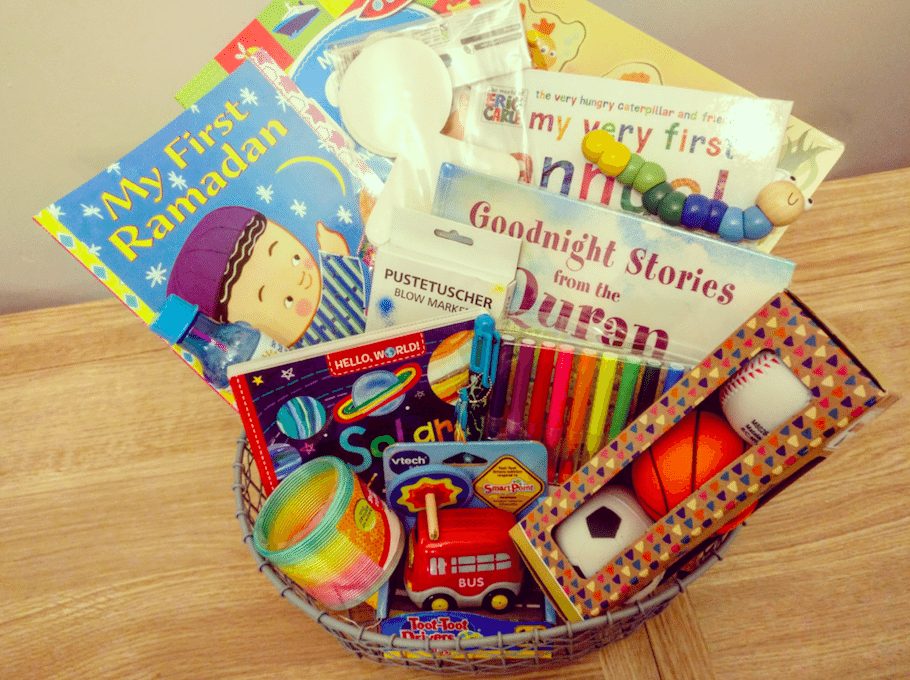 How to make the best Ramadan basket for your child!