Entering the realm of women, equality and Disney

Men and women are not equal’ is a statement that still sparks debate and makes every feminist’s blood boil. However, it’s a reality that men and women are not equal and they never will be. This is because, for these two genders to be perfectly equal it would mean that they would have to be the same in every aspect and evidently this is not the case. They differ from one another not only physically, but emotionally, psychologically and cognitively. However, the problem arises when individuals believe that being different means one is better than the other, but the fact is that the very existence of humankind depends on these differences and without them they would not coincide with the richness of God’s design.

Many verses in the Quran are considered pivotal in defining the roles of gender in Islam as they have been dedicated in explaining women’s roles, duties and rights. For example Surah ‘An-Nisa’ (‘Women’) states “Men are the maintainers of women because Allah has made some of them to excel others”[1]. However, in our modern society, our major qualm is wanting everything to be ‘equal’ or at least our perception of what that entails. An individual who submits to the one and only Creator would know that anything that defines our self-worth, happiness and success other than Allah himself has led himself or herself into a spiral of destructiveness. We often allow men to define our identity not realising that we are placing men on a pedestal and thus creating the standard that must be reached by all women. Consequently, women are forced to constantly compare themselves to men and ultimately, the value and honour that God has bestowed upon women has been left dormant.

Women are the backbone to a society and some of the greatest individuals who walked this Earth were women. Khadija, the first person to accept Islam, Aisha, considered by some to be one of the greatest scholars whom we have received over 2000 hadiths from and Khawlah Bint Al-Azwar, one of the fiercest fighters that lived. However, rather than trying to benefit from the acts of these great women, we are preoccupied with wanting to lead prayer because a man leads prayer, wanting to cut our hair short because a man cuts his hair short and joining the army simply because a man is in the army. From this being made known, we need to recognise that God created us with distinctive differences to honour us. We should not bow down to false standards that presume anything remotely feminine is inferior, like a stay-at-home mother and anything masculine reigns supreme.

The real question is: what makes a woman a woman and a man a man? Is it the skirt a woman wears and the trousers a man wears? Gender is a social construction that teaches us pink dolls are for girls and toy trucks are for boys. So why do we succumb to what society teaches us is made for girls and what is for boys; God doesn’t set these limitations, society does. Many believe the culprit behind what defines our gender roles is due to corporations like the Disney Company. The out-dated attributes of femininity and masculinity derived from Disney characters will define not just the roles future generations will lead in life but also their aspirations and potential. Disney advocates ‘for accepting one’s natural role in life’ as writer M. Keith Booker statesTop of FormBottom of Form[2]. The Disney Company illustrates that without Prince Charming we are merely hopeless beings and without the kiss of an unknown stranger our life is incomplete. However, there is no knight in shining armour or dashingly handsome prince that can help you, complete you or save you. This façade of eternal happiness, perfect men and rainbows is nothing in comparison to what God provides and honours us with.

Society has failed in understanding that setting arbitrary standards of what equality is will not bring about their objective. We need to understand that men and women are complex beings in their distinctive ways. Of course, we need to highlight that women are multi-faceted creatures and that their qualities do not lie in only domesticated roles. However, we need to stop this fixation with thinking that everything a man does or is allowed to do is superior to anything a woman does.

Is Western Feminism Oppressing Girls And Women With Hijab? 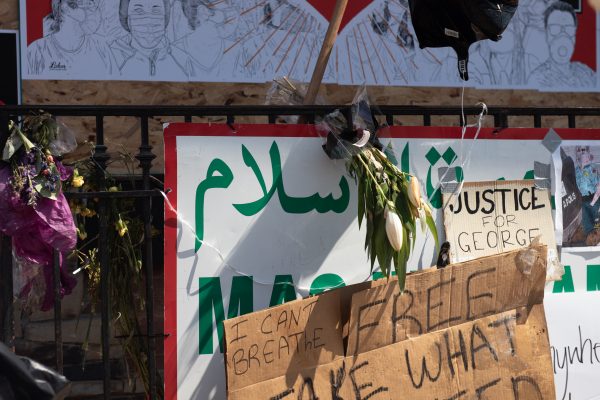