Ibtihaj Muhammad, an internationally-ranked saber fencer from New Jersey, qualified for the 2016 Summer Olympics in Rio last weekend, which will make her the first U.S. athlete to compete in the games in hijab.

The points she earned after winning a bronze medal at the Women’s Saber World Cup in Athens, Greece on Saturday have made it mathematically impossible for any other American competitors to surpass her in the rankings ahead of the Olympics.

Muhammad, 30, told BuzzFeed News she started fencing at age 13 in high school and was initially introduced to the sport by her family. 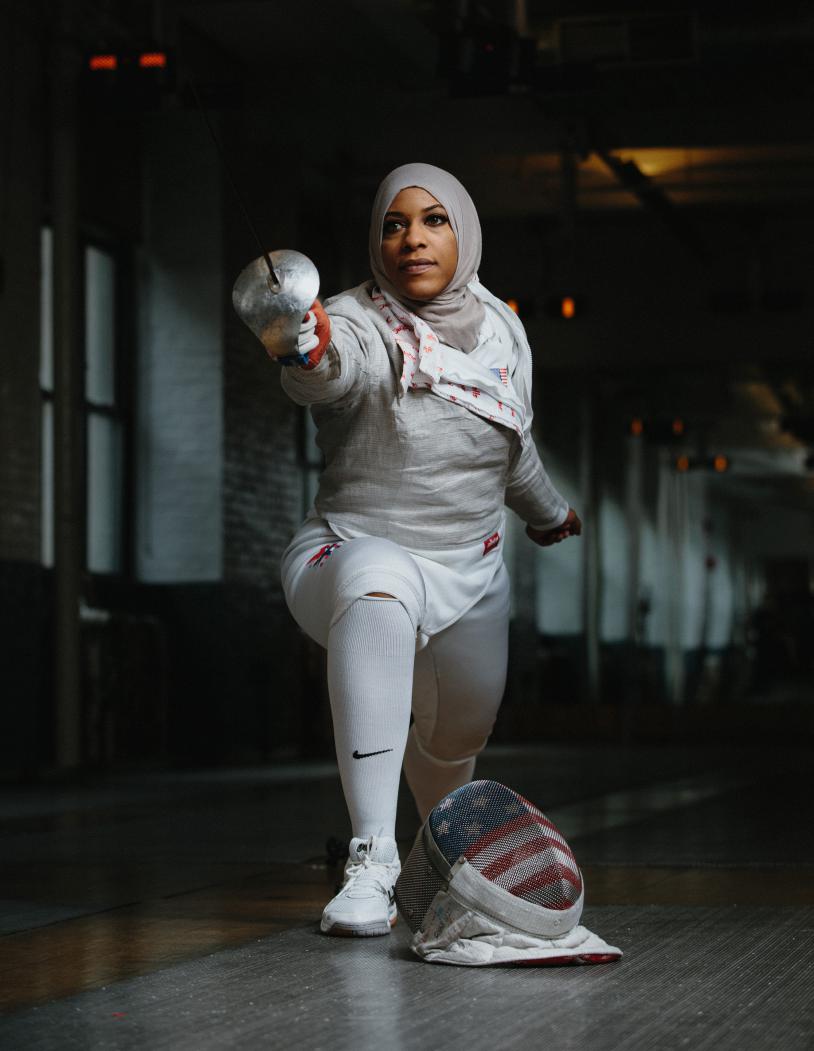 “My parents were looking for a sport for me to play where I wouldn’t have to alter the uniform as a Muslim woman,” she said, referring to the fact that a fencer’s uniform requires the body to be completely covered.

Muhammad credits her mother for supporting her, financially and emotionally, throughout her teens. She played more than one sport in high school and said that her mother often drove her from volleyball practice in Maplewood, New Jersey, to fencing training in New York City while she ate dinner in the car.

“Most parents tell their kids before matches to do their best, or to have fun,” Muhammad said. “My mom always said the same thing: ‘Don’t waste my money.’”

She was recruited to fence at Duke University and decided to continue competing professionally after she graduated.

Part of what motivated her was the lack of diversity she noticed in the fencing community.

“Historically, it’s always been a white sport reserved for people with money,” said Muhammad, who has four siblings. “I don’t think it’s a good representation of the U.S., or of society as a whole.”

Muhammad has amassed a bevy of team and individual medals since her first world cup appearance at 23. This year, she accomplished her goal of ranking among the top 10 saber fencers in the world (she is currently seventh).

She has kept a cool head about her Olympic qualification.

“I’ve been doing really well,” she said. “I felt excited to medal (at the World Cup in Athens), but I honestly didn’t think much about the Olympics.”

The complete fencing team will be officially named in April when the qualifying period ends. Muhammad said her family will not talk much about Rio until then.

“I’m a very goal-oriented person,” she said. “It’s been a trend throughout my athletic career: I set small goals, then once reached, I set a new one.”

Apart from her athletic accomplishments, Muhammad also has a penchant for fashion. She runs a clothing line with her siblings that features fashionable, modest clothing.

The Ultimate Breakdown of the 8 Hijab Types and Fabrics