You are the best people raised for the good of mankind; you enjoin what is good and forbid evil and believe in Allah…” (03:111)

Islam is a peaceful religion, with many hadiths by our infallibles, and verses from the Holy Quran not accepting injustice; so you wouldn’t expect the followers to be oppressive. Contrarily, you would think the believers of Islam would follow in the footsteps and character of our Holy Prophet and his Holy Progeny. But, unfortunately, not all Muslims understand the message of Islam, and many have merged their cultural beliefs with their religion. The rise in divorce rates, for instance, especially within the Muslim community in the West, is down to a lack of understanding the beauty of Islam and falling into cultural tendencies.

On Saturday the 31st of January, Project Zainab organised an event at Islamic Centre of England entitled ‘Suffering In Silence’, addressing various forms of abuse in the Muslim community that are often ignored. Project Zainab is an independent organisation, which emphasises on social issues that are usually neglected. Sayida Zainab has inspired them, as she went through many struggles in her life, yet stood strong and continued the message of Islam.

The event comprised of lectures and workshops, aiming to empower the Muslim community to identify the early stages of abuse and provocatively support survivors. “All the signs were there, the fear of physical violence, the isolation, the deprivation from basic necessities etc., but because of the lack of awareness I failed to see them,” one survivor said while sharing her experience with us. She continued with her powerful speech by reminding us that domestic violence is not only physical, but also that “psychological, and psychological abuse is the most dangerous, as the victims themselves do not know, and are unaware, when they are being abused” Rubab Zaidi said. However, this is where Project Zainab can help and support victims of abuse, they “work closely with many different services, so if a family or a parent decided to speak to one of our representatives we can guide them to the correct services available,” Afreen Rizvi, a member of Project Zainab, stated.

Abuse, be it child abuse or domestic, is taboo in the Islamic community, as Muslims are expected to treat their family members with ultimate respect. Some Muslim scholars fail to address abuse because they believe it may tarnish the image of Islam. Some women who experience domestic abuse may believe marriage to be their ‘happily ever after’ and completing half their religion. So being in an abusive relationship, women tend to give their husbands excuses. They “lack the confidence,” says Zain Haider Awan, in not knowing what to do next. Those who want to leave a relationship often worry about being stigmatised by members of their community.

Within our community, there are female lecturers who address divorce and advise that “females should be patient like the daughter and grand-daughter of the Prophet Muhammad (SAW), Fatima Al-Zahra (AS) and Sayida Zainab,” These lecturers would reiterate their mothers’ words; “when a female is to be wed, she would only return to her parents home in a coffin following her death, and her home was now her husbands home, and that divorce should never be an option.” The fact that one incident of domestic violence is being reported to the police every 60 seconds, explains why Project Zainab advises otherwise. “Fatima Al-Zahra (AS) and Sayida Zainab condemned abuse, they never told us to be patient about it, as abuse is unjust and our Ahlulbayt were never quiet about unjust acts,” said Ruhi Rizvi the chairwoman of Project Zainab.

When domestic abuse is spoken of, yes we are a Muslim community, but lets not brush the issues we have under the carpet. There’s a confusion within the Muslim society that “women who are being abused think it is part of the man’s role to discipline them,” Zain Haider Awan said referring back to a study. There are some in the Muslim community that have a big problem with understanding masculinity, the way some Muslim females described “the man” and “his role” are contradictory to the actions and characteristics of the Ahlulbayt (AS). Sheikh Ahmed Haneef spoke about the impact society can have on stopping abuse within the Muslim community, as Islam is a religion for “the whole society and not only for an individual.” Sheikh Haneef continued by saying that “people living in a cage, being isolated from society” tend to be abusive, because they are unstable and weak; they feel alone, hence go to abusive measures to perhaps feel they are in control of their life. Whilst the majority of domestic violence victims are women, abuse towards men takes place far more often than you would probably expect; statistics show that one in six males globally are abused in their lifetime.

Abuse thrives on silence; Leslie Morgan Steiner has said in her book Crazy Love “you have the power to end domestic violence simply by shining a spotlight on it.” Project Zainab is championing the cause when it comes to domestic violence and abuse. The event ‘Suffering In Silence” allowed us to see that it is not only the victim that should attend events or create awareness for people suffering, just like we all speak about unjust acts worldwide, we should also remember that unjust acts also take place at home. 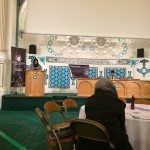 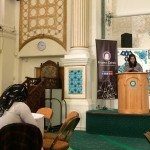 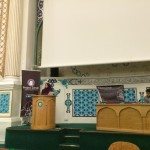 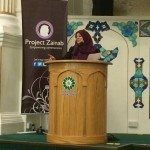 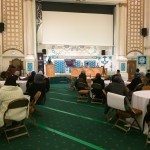 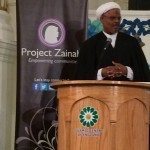 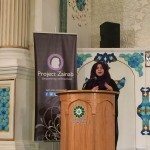 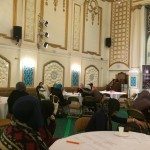 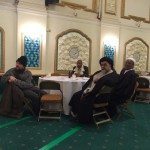 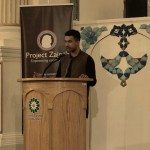