It’s not the cloth that oppresses women, it’s the illiterate mind. 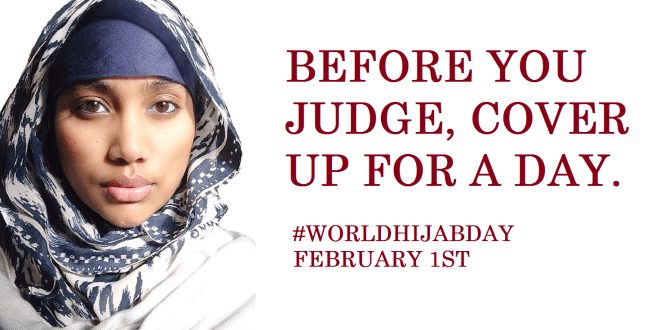 It’s not the cloth that oppresses women, it’s the illiterate mind.

February 1st, 2013,  marked the first annual World Hijab Day (WHD) in recognition of millions of Muslim women who choose to wear the hijab and live a life of modesty. The brainchild of this movement is a New York resident, Nazma Khan, who came up with the idea as a means to foster religious tolerance and understanding by inviting women (non-Hijabi Muslims/non-Muslims) to experience the hijab for one day.

For many people, the hijab is a symbol of oppression and segregation. By opening up new pathways to understanding, Nazma hopes to counteract some of the controversies surrounding why Muslim women choose to wear the hijab. Nazma knows exactly what she’s talking about. The social activist came to this country from Bangladesh at the tender age of eleven where she found herself being the only hijabi in middle school. She remembers her experience as a difficult one.

“Growing up in the Bronx, in NYC, I experienced a great deal of discrimination due to my hijab, ‘she reflects. ‘In middle school, I was ‘Batman’ or ‘ninja’. When I entered University after 9/11, I was called Osama bin laden or terrorist. It was awful. I figured the only way to end discrimination is if we ask our fellow sisters to experience hijab themselves.”

Since then, #WHD has become an international movement and is now celebrating its 5th year. Here are some of the best Tweets celebrating it!

Shoutout to our hijabi queens its hard for you to represent our ummah & suffer so much hate yall warriors, Allah make it easy #worldhijabday

Wearing hijab since the age of 11, by choice. I love to wear it as it's a part of my identity. Don't judge without knowing #WorldHijabDay

#WorldHijabDay shout out to those who wear it and those who don't but act on their values and beliefs #salute pic.twitter.com/QcV9zncHI2

standing with my muslim sisters on this beautiful day 🌏✊️💛 #WorldHijabDay pic.twitter.com/rq9MZ8Unid

RESPECT to all the women who opt to wear hijab especially those in western countries. It Takes both faith/courage #WorldHijabDay #HijabDay

Happy #WorldHijabDay. I'll never apologize for the cloth over my head. Unapologetically Muslim 💓

In solidarity. #WorldHijabDay. Two white Western women WELCOMED into this mosque to ask questions and gawk at the beauty…#nomuslimban pic.twitter.com/QVHH262jO6

Sharing this photo of me from when I lived in Jordan in 2006 to show my support for @WorldHijabDay @WorldHijabDayUK #worldhijabday pic.twitter.com/X1Gfj4odEB

#worldhijabday shoutout to all the courageous women out there! I've been a hijabi for 6 years and still counting 😌 pic.twitter.com/1o9s3dHbnG

"It's not the cloth that oppresses the women, it's the illiterate mind" #WorldHijabDay 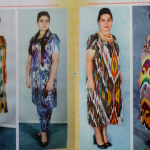