Refugees have fled their homes, but now they can’t escape the cold

A recent study, analysing 74 million deaths from 384 locations across the world, found that cold weather killed 20 times more people than hot weather did in the period between 1985 and 2012.

A recent study, analysing 74 million deaths from 384 locations across the world, found that cold weather killed 20 times more people than hot weather did in the period between 1985 and 2012.

“When I arrived, I was battling with life, left all alone, abandoned by everyone – no love, no family, alone in a strange land.
We are struggling with our health; we are struggling with our immigration status; we don’t have any money. It feels like depression is killing me.
But I have met people here who are now my family. They take care of you; regardless of your background, your religion, your race. I’m grateful to everyone.
And I don’t want to die. I want to live.”

I met Busayo in Leeds last winter, struggling to survive in a strange land. She made the difficult decision to flee her homeland of Nigeria with her baby boy, fearing the threat of violence from Boko Haram in her village at home. Busayo is one of 70.8 million forcibly displaced people (including asylum seekers, refugees and internally displaced people) around the world – the highest level of displacement in the history of humanity.

With 37,000 people forced to flee their homes because of conflict or persecution every single day, the number of homeless, stateless, and displaced individuals are growing exponentially. Many of these people, like Busayo, find themselves struggling with life.

The majority of displaced people who flee their homes remain within the country’s borders, like the 6.5 million internally displaced persons in Syria, where insecurity and conflict still massively impacts their lives. The UNHCR found that 84% of the world’s refugees are hosted by developing nations, meaning that even those who manage to escape their country’s borders are left vulnerable to poverty. 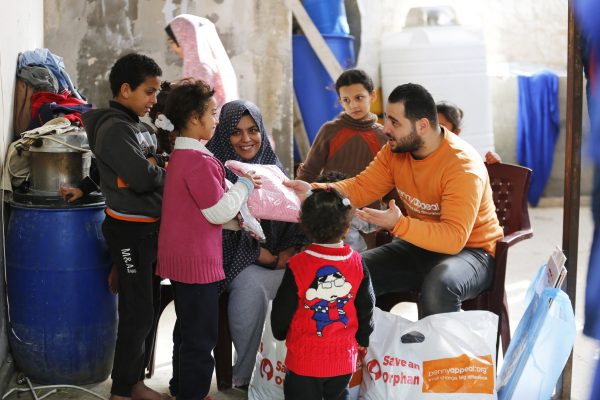 In developing countries like the UK, life can still be extremely tough. Asylum seekers are not allowed to work in the UK, and are provided with just over £5 a day to cover their basic needs. Busayo is one of these people, trying to provide for herself and her child with so little. The asylum process can take years, and people can even be detained indefinitely in places like Yarl’s Wood Immigration Removal Centre.

A recent study, analysing 74 million deaths from 384 locations across the world, found that cold weather killed 20 times more people than hot weather did in the period between 1985 and 2012. It’s difficult for displaced people to endure at the best of times – but winter can literally be a killer, especially for people in temporary shelters and refugee camps.

Without your help, I wouldn’t know how to cope through the winter.”

This winter, we’re working hard to do even more to help displaced people through the cold. We will be supporting Rohingya refugees in one of the largest refugee camps in the world, Cox’s Bazar in Bangladesh. We’ll be helping internally displaced Syrians, as well as refugees across Turkey and Lebanon. We will give vital aid to Palestinian refugees and internally displaced Yemeni people, both forced to leave their homes by conflict and war.

But there are almost 1 million Rohingya refugees living in Cox’s Bazar, 5 million Syrian refugees and 6.5 internally displaced Syrians, 5.5 million Palestinian refugees, and over 2 million displaced Yemeni people – so we have a lot of urgent work to do.

Here in the UK, we gave out over 2,500 emergency Winter Kits last winter to some of the poorest people in the country, including homeless people, the elderly, and refugee families. Our Winter Kits include hats, gloves, scarves, thermal long johns, thermal t shirts, woolly socks, wipes, shampoo, deodorant, toothbrush, toothpaste and mouthwash. We also supported countless churches, mosques and community centres to operate soup kitchens for those in need. 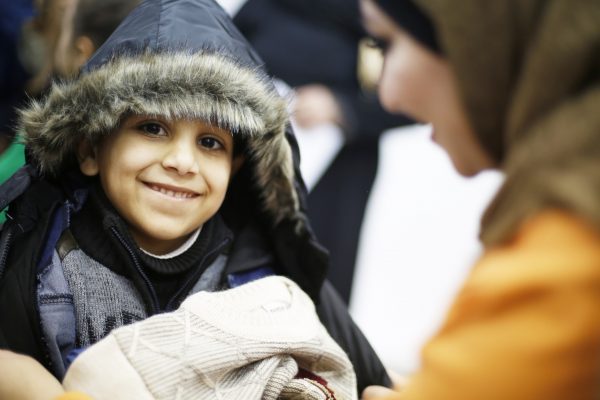 This year, Penny Appeal will continue to run soup kitchens and give life-saving Winter Kits to refugees, and we’re also planning events called ‘The Big Orange Hug’ across the UK, serving the most vulnerable in our society.

The Big Orange Hug events will be completely free and tailored towards helping homeless people and refugees in a loving, respectful and fun environment. Stands will include food, drinks, warm clothing, music, games, dentists, medical care, Winter Kits, Job Centre representatives and more. We are planning to take The Big Orange Hug across the UK; to London, the Midlands, Manchester, Leeds and Glasgow.

It makes me smile to imagine Busayo taking her son to The Big Orange Hug for free food and care, teaching her little boy to sing along to the songs. Fleeing your home and struggling to re-build a new life in a strange land is often demoralising, dehumanising and extremely dangerous. At Penny Appeal, our ultimate goal is to make these displaced people feel loved, safe and able to move forward with their lives.

To learn more about Penny Appeal and how you can help, click here!

Rowen Ball
Rowen is a writer and editor with a knack for taking complex global issues and making them accessible and compelling. She does this by seeking out and writing stories which bring out our shared humanity. Rowen currently works as a Copywriter and Marcomms Coordinator for the Disaster Response Team at global humanitarian organisation Penny Appeal. 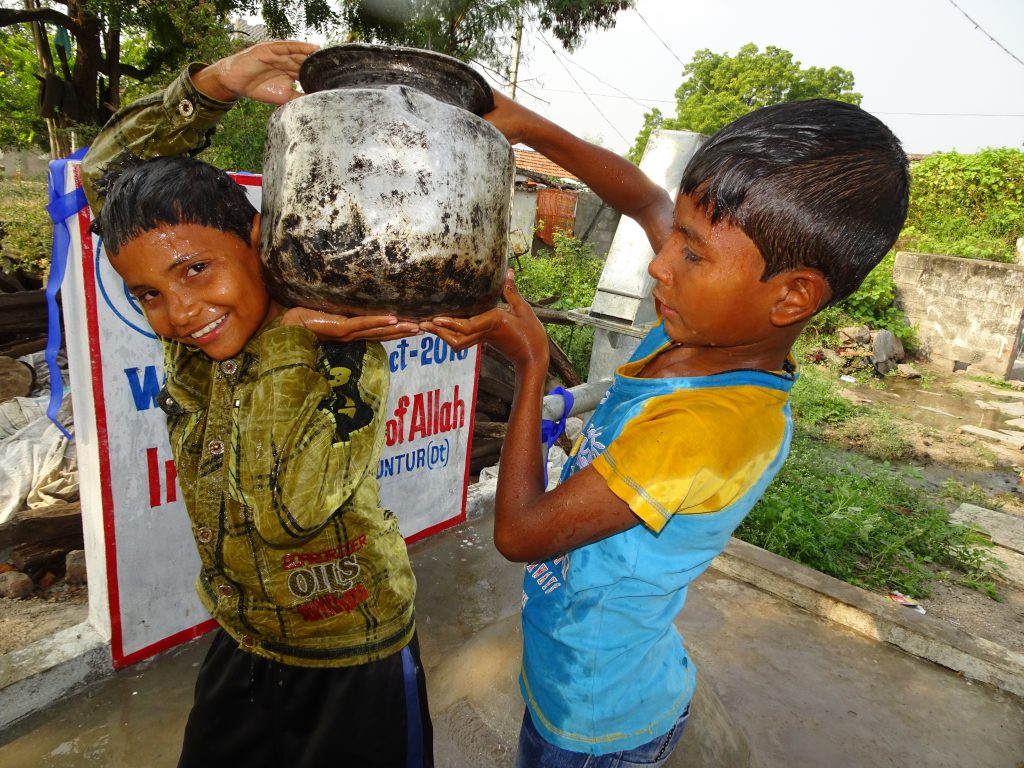