In the history of humanity, there have never been as many refugees around the world as we are seeing today – and with the coronavirus pandemic sweeping across the globe, refugees are more vulnerable than ever.

In total, the UNHCR estimates that there are 26 million refugees worldwide, over half of whom are under the age of 18. 44,400 people are forced to flee their homes every single day. That works out as one person every 2 seconds.

With such enormous statistics, the refugee crisis can seem overwhelming. We don’t know where to turn, and so we turn away. But here at Penny Appeal, we’re fortunate enough to work with refugees each day, who show us the human heart of the crisis, as they go about the everyday struggles of life as a displaced person.

Kolima*, Bangladesh: “I had to give the boatman my wedding ring”

Kolima is a 27-year-old widow and mother-of-two who lives in Cox’s Bazar after fleeing violence in Myanmar. Kolima comes along to one of Penny Appeal’s Women Friendly Spaces for counselling, support, and protection.

Like most Rohingya women we work with, Kolima’s story is one of tragedy – but it’s also one of resilience and the power of the loving communities we are creating together.

“When I feel tense or very sad and upset I come to Penny Appeal’s Women Friendly Space for peace. When I come here, I talk with the counsellors and try to manage my problems.

I have no husband; I’m living only for my children, my two sons. My husband was killed seven months ago in Myanmar.

I needed to pay a lot of money per person for the boat, but I didn’t have much money so I paid the boatmen in gold – I had to give him my wedding ring.

I’m really worried here because I have no husband and I live alone. I don’t feel safe in the camps. I feel very afraid at night. And I’m worried about the monsoons – twice my roof has blown off when it was raining very heavily.

I don’t have any friends outside the centre to share problems with. But I have lots of friends here, which is why I like coming here.”

*Kolima’s name has been changed to respect her confidentiality

Fatima*, Turkey: “Our situation is worse than a million diseases”

After almost a decade of war, nearly half of Syria’s population has been forced to flee the country.

5.6 million Syrian refugees have endured terrible journeys to try to find safety; for many like Fatima, they exchanged the fear of bombings for the constant dread of poverty and anxiety about COVID-19 spreading in refugee camps where there are little to no healthcare facilities available.

“Our situation is worse than a million diseases.

We saw nothing but a plane pass above us and begin bombing. We left with the clothes we were wearing […] We suffered a lot to get here.

What can we do? Allah is sufficient for us and the best disposer of affairs. There is nothing we can co we are all sat here with no work or nothing to do. May Allah reward the people here, there are a lot of good people Alhamdulillah.”

*Fatima’s name has been changed to respect her confidentiality

Ayman, Gaza: “We live in misery in Gaza and your support came at just the right time”

Ayman (45) and his family live in a refugee camp in Gaza. After being injured in a serious car accident a few years ago, Aymahas been struggling to support his five children.

With no way to provide for his family during this difficult time, he and his wife often rely on the kindness of their neighbours to help feed their young children.

“I’m very happy today! I want to make my children happy so I am making them some food out of the vegetables and supplies we now have.

On behalf of my family and all of the other families you have supported, thank you Penny Appeal. We live in misery in Gaza and your support came at just the right time.”

Maryam, Leeds: “We help all people; Muslim, Christian, anyone”

Maryam is an Iranian refugee who volunteers at Meeting Point, a community organisation which offers practical and emotional support for refugees and asylum seekers, which Penny Appeal has supported for years.

Maryam is an incredibly positive person, who has worked to create light and joy in her life, even after being forced to leave her family behind, enduring a difficult journey to the UK, and is currently undertaking the complicated asylum process. She is a wonderful volunteer and a caring person, with so much to give.

“My name is Maryam, and I’ve been in the UK for 8 months. Coming to the UK as a refugee was very difficult for me. I didn’t speak English, and I was so depressed.

Now, I am a refugee and I volunteer in the kitchen at Meeting Point. I’m very, very happy to help. We help all people; Muslim, Christian, anyone.”

Aygül*, Turkey: “I have not heard from my family for over a year and I don’t know whether they are in prison, in concentration camps, or dead”

Over the last three years, approximately 67,000 Uyghur Muslims have escaped to Turkey for safety from the ‘cultural genocide’ in Xinjiang, China.

We met Aygül during one of our distributions of food and winter essentials for Uyghur refugees. Aygül recently migrated to Turkey with her 5 young children. Her family was no longer able to practice their faith in Xinjiang, so they fled in fear for their lives.

She told us of the hardships her family has gone through and the fear that she still deals with today.

“My husband was an Imam who has now been imprisoned and I’ve had family who have visited me who were later imprisoned when they returned to China for visiting me here in Istanbul.

I have a sister who has been imprisoned in China who has cancer. My sister’s home was taken over by Chinese people in a similar way that Israeli settlers do in Palestine. My sister’s daughter, who is no older than 10 years old, has also been sent to a concentration camp so that they can ‘re-educate’ them both to forget their Islamic teachings.

I have not heard from my family for over a year and I don’t know whether they are in prison, in concentration camps, or dead.”

*Aygül’s name has been changed to respect her confidentiality

As the youngest of five children, Saifullah used to receive much of his parent’s attention. Recently, Saifullah became an older brother, and so he began to get less attention. Sensing this, Saifullah would leave his home, roaming the camp in search of friends and places to play.

Penny Appeal’s Child Friendly Facilitator, Nigar, heard about Saifullah during a community outreach session. With a newborn baby, his parents were finding it difficult to keep track of Saifullah and give him the attention he needed. Saifullah had at times wandered off into the jungle or up onto the hills alone, which was extremely dangerous.

Concerned about his wellbeing, Nigar encouraged Saifullah’s parents to let him join the sessions at the Women and Child Friendly Space, where Saifullah would be able to meet other children and play in a safe environment.

Even though he was really nervous to join in with the other children at first, Saifullah now looks forward to the daily play sessions and is building his confidence with the support of Nigar – who Saifullah now calls ‘apu’.

“It is magical that Saifullah wants to go to your Child Friendly Space regularly. Usually, he doesn’t feel comfortable with everyone, and he has been very tetchy after the displacement. You really played an amazing role.” – Rozina, Saifullah’s mother

These are just six individual stories out 25 million. But every story – every person – is important, valued, and loved by Allah (swt).

Thank you for taking the time to read and learn more about some of these people’s journeys. We hope you’ll continue to support Penny Appeal’s amazing work as we help and empower refugees around the world. 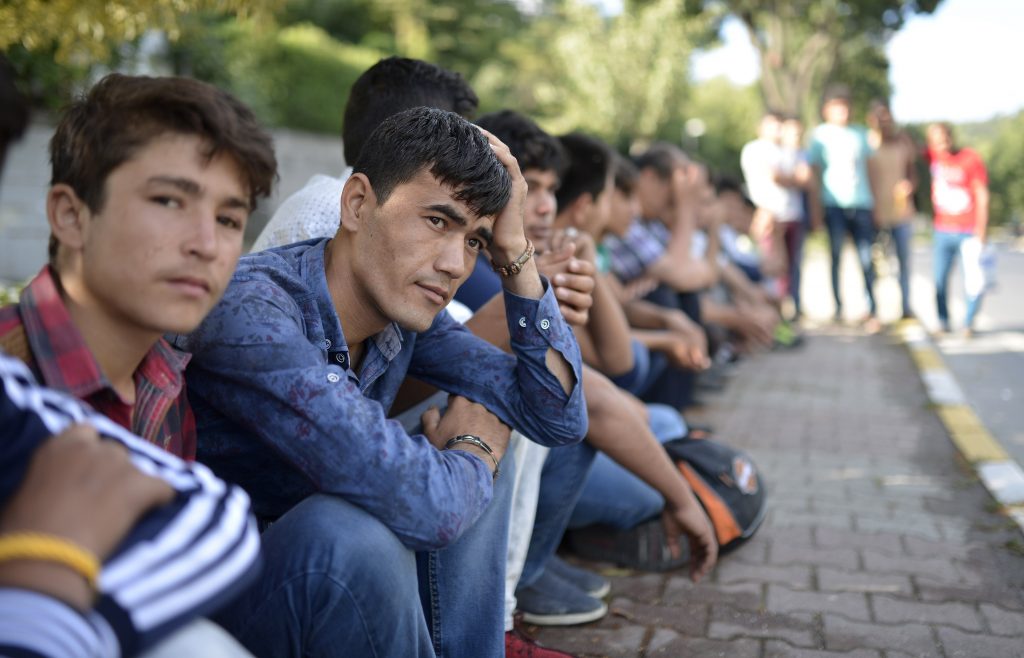