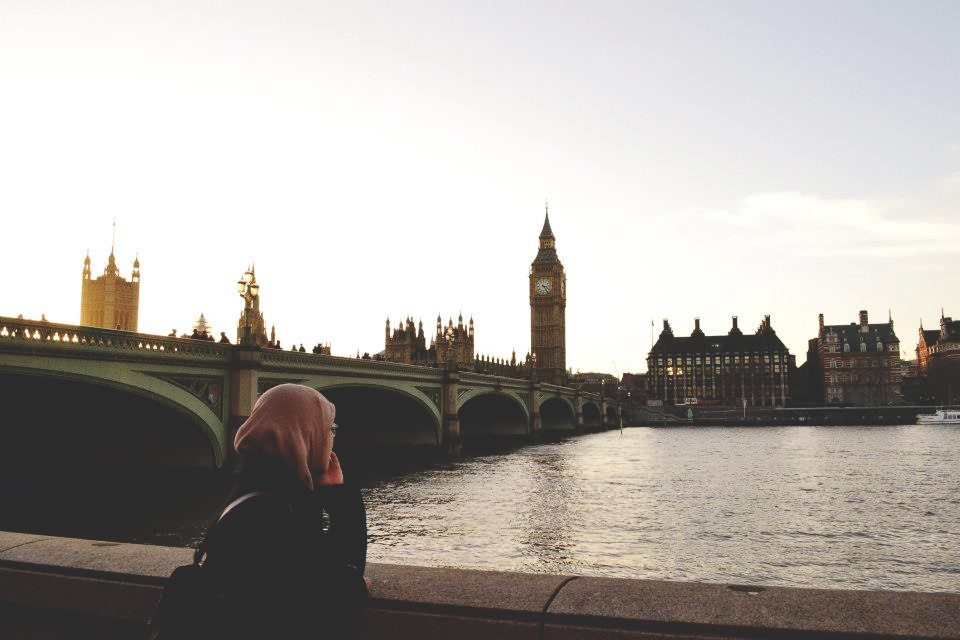 I’ve been to a several places since I was 13 years old, sometimes with family, but most of the time I have been on my own. For all the journeys I’ve ventured during the last eight years, I’ve been always wearing my hijab. I wanted to share my experiences as I understand the fear every Muslim girl wearing a hijab has to face when abroad. With the word Islamophobia garnering more attention every day, I can’t deny how scared I was when I had to go to Paris last year, especially since it was just a week after the Charlie Hebdo attacks took place.

But Muslim women with hijab are just like every other traveler in the world. We have the same right to explore the world, and there’s no stopping us, so we need to ensure that we do not stop ourselves. This is why I keep going places, why I will never think my hijab could stop me from learning about this strange planet called Earth. With this, I want to share a few things I learned about people and my hijab during all my journeys.

1 – The world is filled with so, so many beautiful souls.

I kept thinking about how many rude stares and comments I would get while in public places along my journey; I would keep playing scenarios in my head of how people wouldn’t talk to me because of my hijab. I was totally wrong. I was in Arroyo Grande, California on the Christmas Eve of 2008, and I spent it in a church because my host’s father was a Senior Pastor there. I was beyond surprised to see how everyone welcomed me with warm hugs.

This is one thing I always try to remember; that everything in the world is created in pairs. Black and white. Up and down. Left and right. So are good and bad.

2 – The way people treat me depends on the way I treat them.

I’m being totally honest here: I have never, ever experienced anybody being rude to me. Travelling solo means there’s nobody you can depend on beside yourself and that happened a lot to me when I was lost in the middle of foreign lands where nobody speaks my language. I have no choice but to ask anybody around me for help.

But the thing is, if I don’t make my hijab an issue, they won’t either. In Paris when I was looking for Shakespeare & Co, I asked a woman who didn’t look so busy with smile and polite gesture and what I received back was a friendly smile and lovely conversation. She even took me to the bookstore, something I would never have expected.

3 – The heartwarming feeling of meeting fellow Muslim travelers or locals.

This is one of my favourite things – it happens every once in a while and it warms my heart every time. It’s lovely to hear someone call out, “Salaam, sister!” in the middle of busy market in the city or being lucky enough to get a half-priced ice cream because the lovely lady was so happy finally meeting a Muslim customer.

At times, I think back to the first night I was in London; I had no idea which bus would take me home and I was stranded at the bus stop for around an hour. My phone had died I couldn’t call any emergency numbers. I then saw a man and asked for his help and he just got onto the same bus and helped me until I reached my front door. Later on, he told me that he too was a Muslim and that it was nice to know that there was a girl with hijab in the neighborhood.

4 – Some people only knew about our religion from what they had seen on TV. Some are just genuinely curious about Islam and the hijab.

With those people, it’s only us Muslims that can give them the answers and above all, our actions speak louder than our words.

On the first day at school in London, my teacher targeted me right away. She said that she had been “reading this article everywhere and I just can’t get the logical reason behind it. Please tell us why Prophet Muhammad should not be animated?” I felt very bad that day because I couldn’t answer her. Later that night, I called my mom for an answer and the next day I came to class proudly and told her right away.

At other times, people at the school asked me, “why do the other Indonesia girls who are Muslim now wear hijab?” It was a simple question and if someone did not know how to answer correctly and wisely, it could lead to a misunderstanding. And so tell them, and share your knowledge. Explain. They’re just curious and want to learn more.

5 – As we’re all on the same path, travellers are the most open-minded people I know.

Travel. Get out from your comfort zone. Book a ticket, pack your bag and go somewhere. Travelling is probably the best answer to how someone could be so open-minded.

Travellers see more things that non-travelers can only imagine. Travelers see beyond their own bubbles and can actually appreciate how diverse the world really is. They know this world isn’t only filled with one specific race and religion, and so are less likely to stereotype and think in a negative way.

No matter how much you may be scared of leaving your hostel room to the common room and meeting other travelers because of your hijab, you’ll always be surprised to see how it doesn’t stop them asking for your stories.

While in Singapore, I asked for a bowl of jjangmyeon, and the chef himself came out from the kitchen and said, “No, Miss. You’re wearing, (gesturing to my hijab) and this contains pork. You can’t.”

Another example was in New Year’s Eve of 2013; I was on Westminster Bridge watching the massive firework display in London and all around me, people were wishing me well and asking if I was okay.

I am positive that all travelers believe that we are all in this together; there’s nothing wrong with giving a hand for another as they know soon or later they will need someone’s help too.

Here I’ve learnt that nothing can stop me for being curious about the outside world. I am thirsty for more adventures, for more stories, for meeting more and more beautiful souls. There’s nothing that can stop me from doing so, especially not my hijab.