It will make you laugh, cry and help those in need.

It will make you laugh, cry and help those in need.

Finding Fatimah is, in so many ways, an unprecedented film. The hero, Shahid, is a young Muslim man who is desperate to find ‘the one’ but is struggling to overcome a taboo: divorce. He is desperate to find a wife who will not judge him for being divorced. He moves his search online with unpredictable and hilarious consequences.

The producers are satellite channel, British Muslim Television and the writer and director is Muslim filmmaker, Oz Arshad. From April 21st, you will be able to watch a Muslim-made comedy, alongside Hollywood blockbusters, in cinemas across the country.

However, for us here at Penny Appeal, the greatest gift offered by the film is the chance to let you see the film first. The film tour will visit 19 cities, in support of our OrphanKind program, which supports children in developing countries across the world. The orphans receive an education and for those who need it, there is healthcare, food and emotional assistance.

Since its launch in 2014, Penny Appeal has created 20,000 sponsorships and works across the world to provide orphans with a brighter future. Penny Appeal CEO, Aamer Naeem said: “It’s going to be an amazing evening for a great cause. Having had a sneak preview I can tell you, you will laugh and cry but most of all, be helping those most in need around the world.”

A special guest will host these events and selected venues will include a Question & Answer session with members of the film’s cast. Nina Wadia (Eastenders), Danny Ashok (Four Lions) Shobna Gulati (Coronation Street), Abdullah Afzal (Citizen Khan) and Guz Khan (BBC) are among the stars of this original British comedy.

For a limited time only, tickets will be available for just £5. To book your ticket visit http://www.pennyappeal.org/appeal/finding-fatimah-film-tour 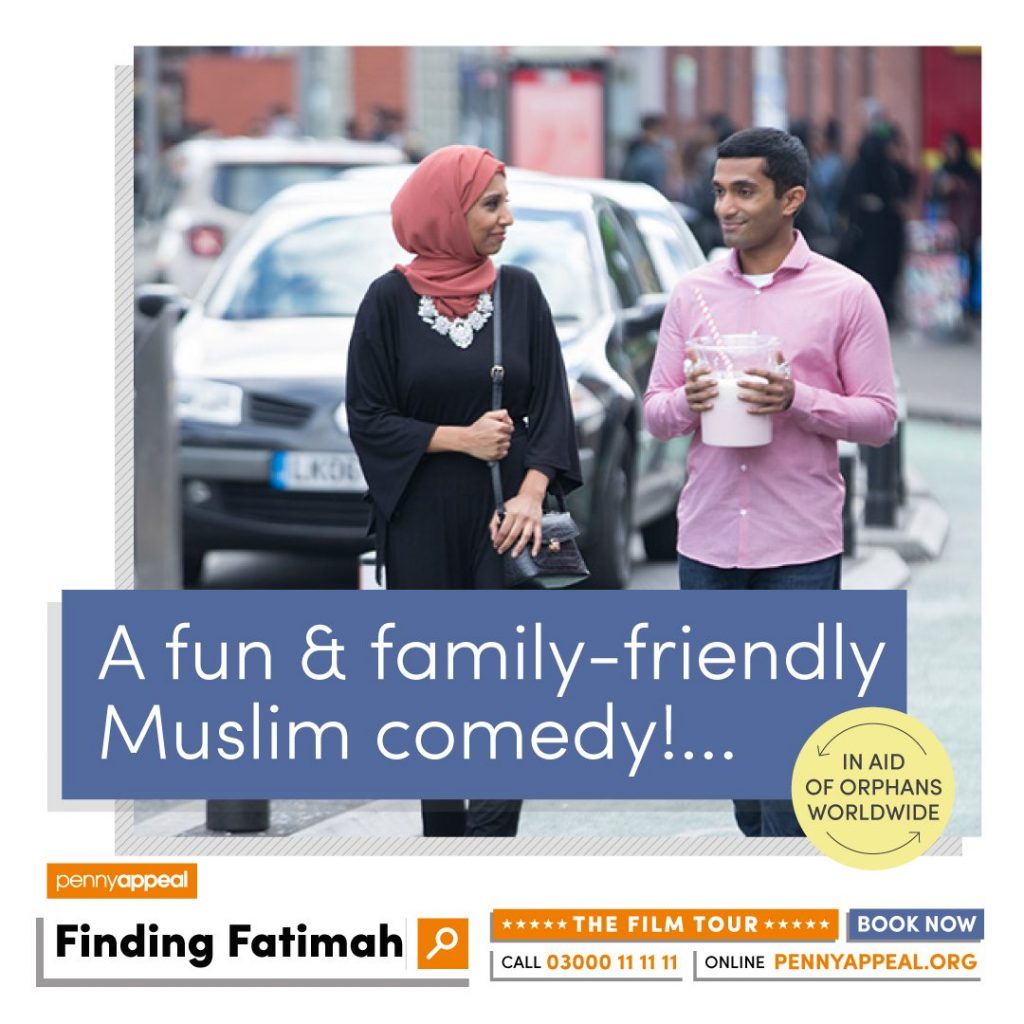