An interview with the young and inspirational independent film director, Ali Kareem

With the increased demand in reclaiming the narratives of Muslims living in the West, it comes as a delight to find a young man who seeks to do just that. Ali Kareem is an independent film maker who has dedicated time and effort into bridging the gap between East and West.

Q. Could you please introduce yourself to our readers? 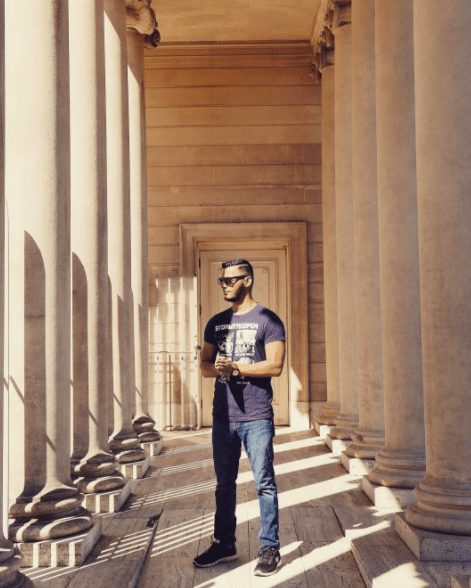 A. My name is Ali Kareem and I was born in Babylon, Iraq. Soon after, my family escaped the Saddam regime and at first we went to Jordan, then onto Syria for a few years before finally settling in Dallas, Texas. Being a refugee and re-locating often, combined with growing up in a place like Texas, gave me a unique perspective, which I’m now bringing into my film work.

Q. Can you tell me about some of the work that you do?

A. I had the opportunity to attend one of the top film programs in the world at the University of Southern California, School of Cinematic Arts. After graduating from USC, I spent some time in the post-production side of the television world at BBC Worldwide Productions. While I learned a lot during my time there, my real passion was in writing and directing my own films, not in reality TV, where I was working. I re-located back to Dallas and continued to work on my craft by making short films as well as writing long-form projects.

Q. What motivates you to do the work that you do?

A. First and foremost, it’s my passion. Secondly, growing up under the shadows of the Iraq war and seeing waves and waves of war films produced by Hollywood, with the American soldier always portrayed as the protagonist, really highlighted the fact that any different point of views were missing from the conversation entirely. I realized that we have to tell our own stories, or else they will be told for us, and we won’t like the end result. So rather than complain about a lack of representation, I find it much more effective to get involved and do things ourselves.

Q. Why did you choose the medium of movies, or short clips, as opposed to any other medium?

A. Thinking in images always came naturally to me, and I’ve been in love with stories ever since I was young. These stories came from listening to my older relatives telling stories in Iraq when the electricity went out (which happened often) or watching historical dramas and family comedies on satellite TV in Syria, or experiencing the power of cinema on the big screen after school in Dallas. Once I discovered filmmaking, I was hooked. There’s nothing more addicting than bringing the images and sounds that play inside your mind into fruition.

Q. Can you tell us a bit about the national film grant? 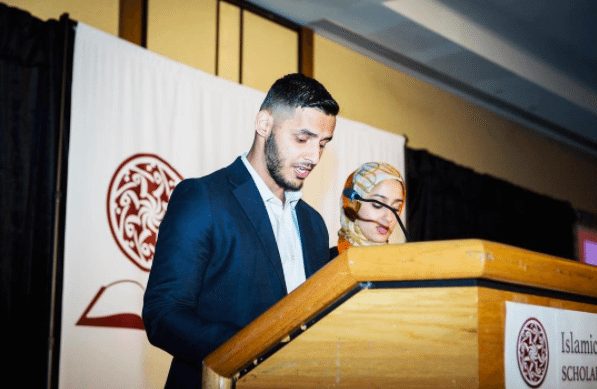 A. The Islamic Scholarship fund is a great organization that supports Muslims in non-traditional fields such as film, media, and the political sphere. The national film grant is one of their initiatives, and I was fortunate to be the first ever winner of the narrative film grant. I’m currently writing my first full-length feature film, which will focus on an Iraqi refugee family in Texas.

Q. What inspires you to do the work that you do?

A. Inspiration comes from the work itself, and wanting to improve and grow in my craft. I’m a student of cinema, so the hunger for more knowledge inspires me more than anything. There are so many stories that are waiting to be told, stories full of love and hope, stories that lift and inspire, that remind us of the better side of humanity that we sometimes forget, especially when the world we live in is filled with conflict and darkness. Cinema has the unique capability to reach millions of people, to communicate to so many different people all over the world, and remind us that in the end we are all the same.

Q. Does being an Iraqi influence the work you do, or the subject of some of your short clips, in any way?

A. Certainly, and so does being an Arab in general, or an American, a Texan, or a Californian. I’m fascinated with identity; how is it formed and how fluid can it be. If you see my short films, you’ll find that some are in Arabic about war or Iraqi people, and others are in English and are very different in the types of stories told or themes explored. When I spend months working on a film in Arabic, I usually want to do something completely different next and end up doing an English-language film set in America. The feature screenplay I’m currently writing really delves deep into questions of identity and what it means to be an Iraqi-American.

Q. As a Muslim, do you ever face any difficulties in your line of work?

A. I believe that faith is a very personal and private connection between me and my Creator, therefor I prefer to keep my spiritual life private and separated from my work. In terms of facing opposition or outright discrimination in my field, then I have to say no. Then again, I’m an independent filmmaker working very far away from Hollywood. When I’m on set shooting, my cast and crew are there to help bring the story to life and are always supportive. If I have to think of something, it’s less personal and more systematic.

Muslims don’t have a big presence in the film industry, in fact it’s nearly non-existent. So getting projects off the ground that deal with Muslim characters in a positive light, or having any connections that help get things done is almost impossible. There are a handful of us making films to begin with, and almost all the projects are happening in the independent sphere. Our community unfortunately tends to shun young people from studying film or entering these fields, and then sits back and complains about being misrepresented in movies or on television.

We have to encourage and empower the voices in our communities, otherwise who’s going to tell our stories?

Q. What are your plans for the future, and what projects do you hope to be working on?

A. The plan is simple: write, shoot, edit, repeat. I just want to keep working on my craft and getting better, and telling stories that I’m passionate about and hopefully the right audience gravitates toward my work and it gets out there and reaches who it needs to reach.

Q. Where do you envision your work taking you in the future?

A. Hopefully all over the world! I want to tell stories both in the East and West, and show the beauty of the Middle East through my camera lens, as well as exploring as much of this beautiful world as I possibly can.