The Crown, the moon landing, and the search for faith

The Crown, the moon landing, and the search for faith

That is, indeed, the beauty of faith. A faithless man can head to the moon and see nothing but “haunting desolation”, while a man of faith can achieve the same task and find “the miracle of divine creation”. 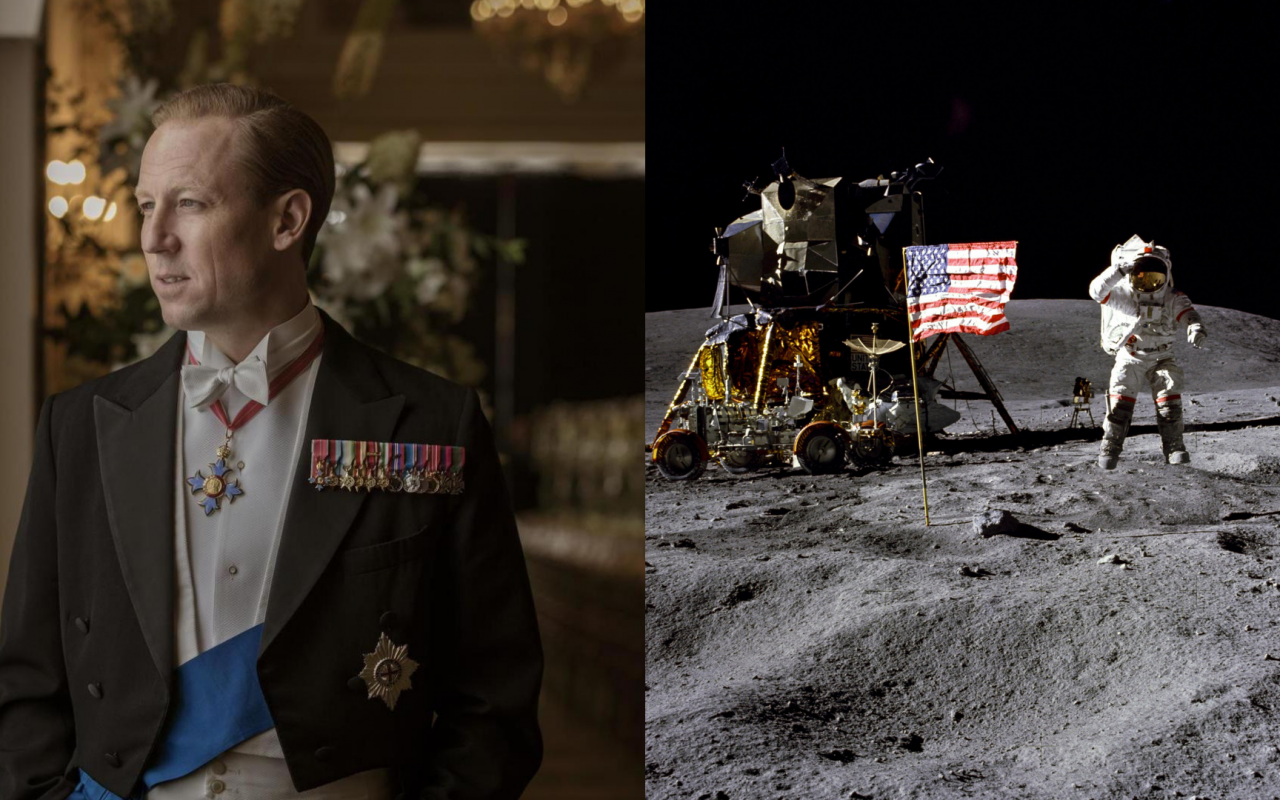 That is, indeed, the beauty of faith. A faithless man can head to the moon and see nothing but “haunting desolation”, while a man of faith can achieve the same task and find “the miracle of divine creation”.

Disclaimer: Here we are discussing the artistic achievement that is Netflix’s The Crown, and not basking in reverence of the Royal Family or the real-life figures the series, however accurate, attempts to portray.

In an age where television has arguably surpassed film, Netflix’s megalith of a production The Crown has won over critics and the public for its colossal production quality, stellar acting and near-perfect writing. One episode in particular however stood out for me, for its beautifully intimate look at something many seem to struggle with on their spiritual journeys: the search for faith.

Moondust (S3, Ep 7) focuses on the 1969 Apollo 11 moon landing whereby the first men stepped foot on the moon. Much like the rest of the world, Prince Philip, along with the rest of the royal family, is glued to the television in awe leading up to and during the historic feat. Philip is generally crass, assertive, and downright unpleasant, but here he is seen to bow before the television in a glimmer of innocent boyhood joy. It’s perhaps the first time we’ve seen his character astonished, usually unimpressed by the world of wealth and riches that commendeers his life.

Philip glued to the TV watching the moon landing / Netflix

His family, while certainly entertained, do not seem to share or understand his entrancement. Philip often tries to relate himself to them, “pilot to pilots”. In them he sees what he could have been were he not bound by the crown, later telling the astronauts, “Because of the position I’ve ended up in… I’ve not been able to achieve the things I would’ve liked to. Watching you three heroes at work – it was like watching a dream”. He sees men of true, world-changing action, and as a result, a spiritual enlightenment in man overcoming the greatest hurdles to achieve the utmost impossible. It is in this vacuum that he is lost, an onlooker of men embracing achievement, while he continues to live a life unfulfilled.

Invited by the new Dean of Windsor, Robin Woods, to a gathering of what Philip calls a “concentration camp for spiritual defectives”, Philip listens patiently while the group of priests complain about the church no longer being relevant, with the masses receiving a form of spiritualism from the moon landing that they once received from the church. When his opinion is asked, Philip loses his patience and proceeds to rant to the priests with words that I have many a time wanted to yell at our own preachers:

“What you lot need to do is to get off your backsides, get out into the world and bloody well do something. That is why you are all so lost. I believe that there is an imperative within man, all men, to make a mark. Action is what defines us. Action, not suffering. All this sitting around thinking and talking… do you think those astronauts up there are catatonic like you lot? Of course not. They are too busy achieving something spectacular. And as a result, they are at one with the world. And happy.” 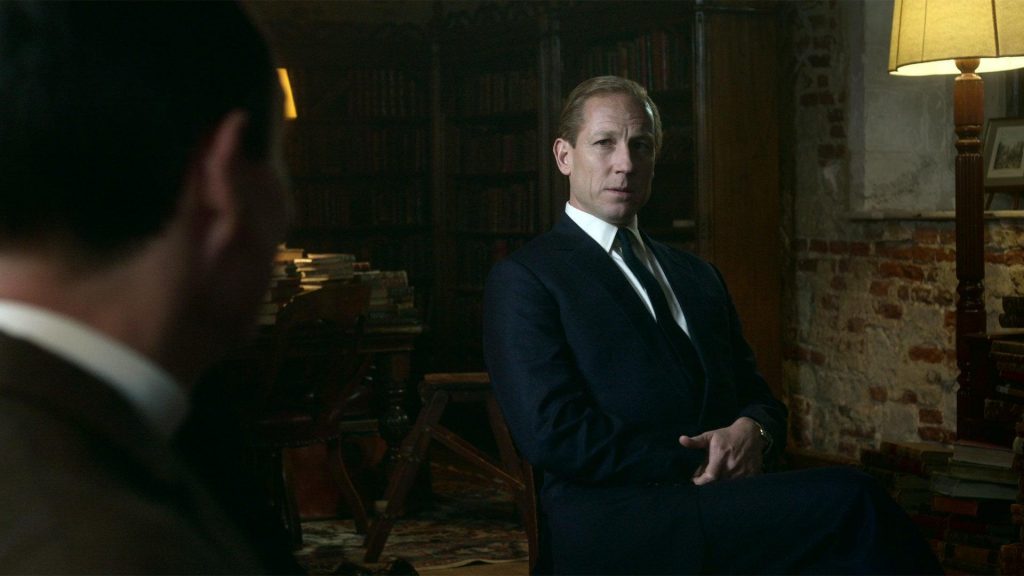 Philip lashes out at the clergymen/Netflix

His rant is not without reason. Imam Ali says in a narration:

In another narration, he says:

The best faith is [based on] complete certitude, and the greatest honour is [in] doing good deeds.”
Ghurar Al-Hakim

Action is an integral part of faith, and, unfortunately, in a seeming struggle between traditional religious preaching and scientific discovery, the clergy can often be seen by disenfranchised worshippers as outdated, out of touch, and lacking significant impact on the world. I am happy to admit that many a time I have felt very disenfranchised hearing our speakers discuss topics that don’t seem to, using a metaphor that works in this context, aim for the stars. Is it because we are failing to utilise religion properly? Or is it because we simply do not aspire for more? Should the men of God and faith not be influencing the greatest of change?

While I do not wholly believe that frustration is unfounded (and it’s worth mentioning that historic Muslim contributions to science are what got us into the depths of space anyway), I also feel like it’s a trap that many of us can fall into. Often we can forget that an essential component of faith is the ability to work on one’s self and character. The soul needs fuel to keep it going, and oftentime that fuel can be found in the simplest of qualities: patience, modesty, piety, good manners, self-sacrifice, generosity, etc. Therefore, while there is room for criticism, we (and I) should adopt a more positive state of mind and appreciation to our preachers for reminding us of these basics. Imam Ali says:

Faith is a tree, its root is certitude, its branch is piety, its sunlight is modesty and its fruit is generosity.”
Ghurar Al-Hakim

Faith is the goal, yes, but it is also the companion to the goal, or the armour to assist the soul in its struggle through immense tasks. Man can still walk on the moon, but someone who has faith would view a trip to the existential beyond very differently to one without. Imam Ali says:

Faith and (action) are twin brothers and companions who do not part ways.”
Ghurar Al-Hakim

This is what Philip comes to learn. Much to his joy, he is granted a private audience with the three astronauts in their victory tour across the world. It’s here, however, that he struggles to relay to them his emotional attachment to their achievement as part of his desperate search for something bigger and greater, and when he finally does, they don’t really have the answers he’s looking for. After asking about their perspectives and observations of man’s place in the world, they reply, “To be honest, there wasn’t much time for that.. eyes are glued to the mission protocol to such a degree, you never really get to look outside.” 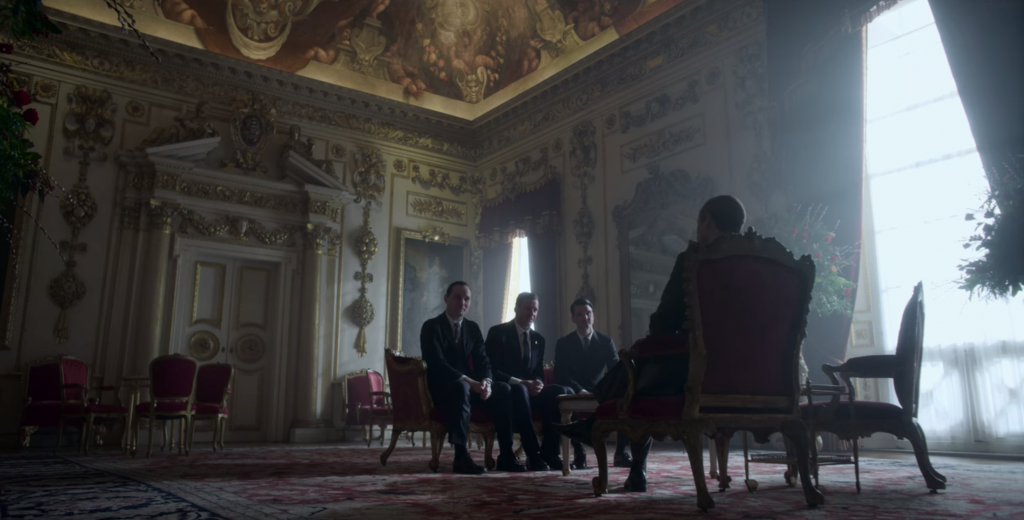 There, his journey in search of the greater answers hits a wall made of moonrock and NASA-produced metal. The weeks he spent following their journey and envious of their footsteps return to haunt him in a bitter taste of disappointment.

It’s here, after a moment of self-realisation, he returns to Dean Wood’s “concentration camp for spiritual defectives” and opens up about his own defected faith, saying:

“I’m here to admit to you that I’ve lost it. And without it, what is there? The loneliness and emptiness and anticlimax of going all that way to the moon to find nothing but haunting desolation, ghostly silence… gloom. That is what faithlessness is. As opposed to finding wonder, ecstasy, the miracle of divine creation, God’s design and purpose… I’m trying to say that… the solution to our problems, I think, is not in the ingenuity of the rocket, or the science or the technology or even the bravery. No, the answer is in here (pointing to his head). Or here (pointing to his heart), or wherever it is that… that faith resides.”

That is, indeed, the beauty of faith. A faithless man can head to the moon and see nothing but “haunting desolation”, while a man of faith can achieve the same task and find “the miracle of divine creation”. The mistake would be to look at the action as the source of faith, and not the heart and soul behind the action itself.

That is what faith is. And oftentimes, the wandering soul can remove soul and spiritual purpose from the equation of the task and be left to endlessly chase the marvel of achievement to no spiritual end.

It is here, among the clergymen, that the mighty Prince Philip swallows his pride to ask the priest for what he could previously never admit he needs: “Help. Help me.”

And that is where the true search for faith begins. 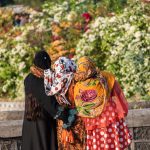 5 Verses From the Holy Quran on How to Gain Happiness 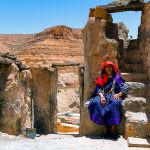 Allah Created Us, But We Can Also Invent Oursleves 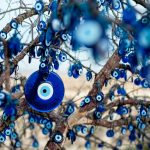 7 Sources of the Evil Eye, or Hasad