The Guardians: Portraits of the keepers of the Prophet’s burial chamber

In the exhibition ‘The Guardians,’ Adel Quraishi has produced an intimate glimpse into the individuals entrusted with the keys to the Prophet’s burial chamber at Al-Masjid Al-Nabawi in Madina Al-Manawarah- or Madina The Radiant. Keeping to themselves, the gatekeepers are revered for their service to the Masjid. Though the portraits capture eight of the Guardians, only five remain from what was once a community of hundreds in the city of Medina.

Keepers are appointed to maintain the Prophet’s Mosque, a practice that has spanned centuries, dating as far back as the 12th century. Today’s gatekeepers of the Prophets’ burial chamber originate from present day Eritrea and Ethiopia. Ethiopian eunuchs were commonly found in the fourteenth century, despite efforts made to ban the practice of castration in the country. In the Arabian Peninsula, the men were known for their roles as servitors and gatekeepers of the Masjid. This custodian role, which dates back to the twelfth century, continues today.

Quraishi documents the custodians of the Masjid for the first time in a series of photographs. Commissioned by the Governor of Medina, Quraishi delivers a poignant look at the last of the eunuch guardians, described to pursue a simple existence maintaining the burial chamber in the Masjid.

Adel Quraishi is a Saudi Arabian photographer from Al Khobar, in the Eastern province. His describes passion for portraiture through the connection he feels with his subjects: “In a very deep way there were emotions not easily expressed, but I still felt it. You feel at ease around them. They have very balanced personalities. There was light in the room- not my own lighting, but there was something beyond that. A beautiful energy.” Quraishi’s portraits deliver just that, by providing a moving insight into the eight remaining custodians of the holy burial chamber. This is an exhibition not to be missed on the premiere of the photographs in the UK.

The exhibition runs at Leighton House Museum until the 29th November as a part of the Nour Festival of Arts, with the museum acting as the perfect setting for Quraishi’s work, with its vivid architecture and magnificent Arab Hall. Leighton House showcases paintings, sculpture, tiles and furnishings from across the world and is well worth the visit. 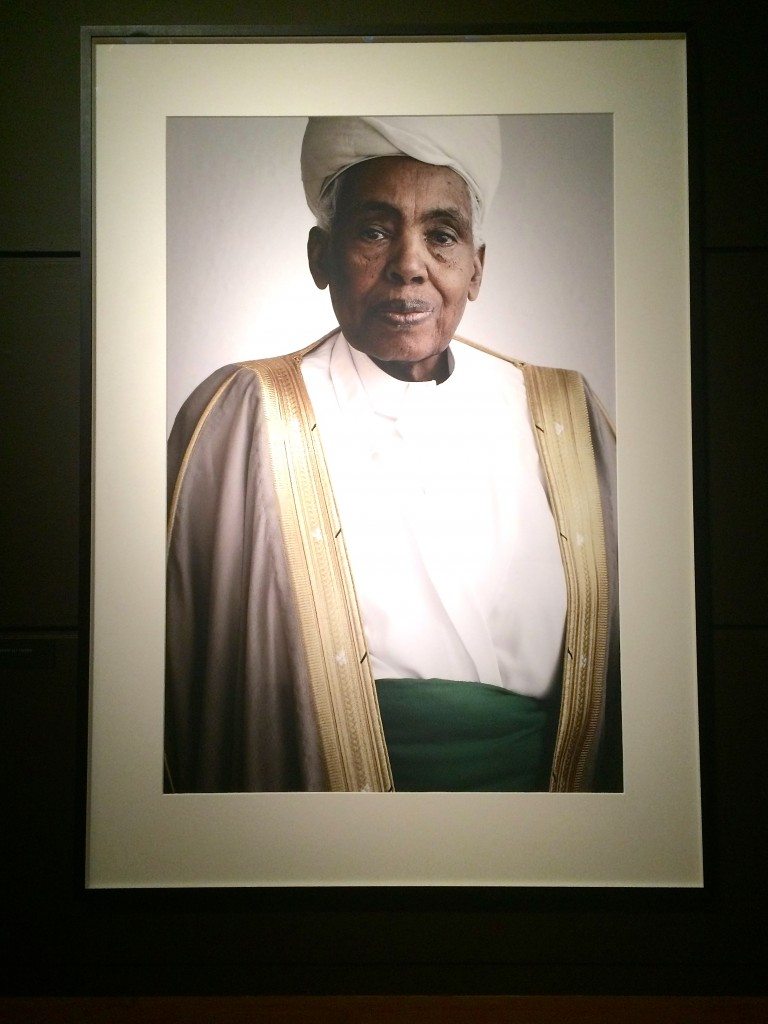