Despite already facing backlash from British tabloids and Islamophobic comments online, Nabil continues to do what he does best – to bring out the laughter and joy despite the onslaught of hate. 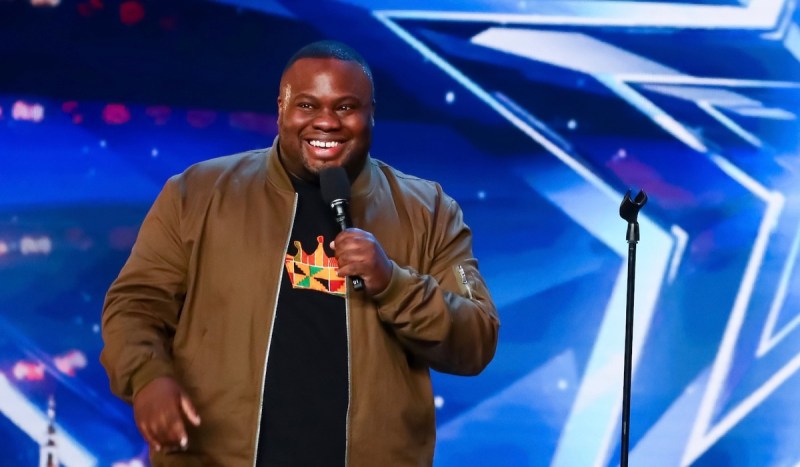 Despite already facing backlash from British tabloids and Islamophobic comments online, Nabil continues to do what he does best – to bring out the laughter and joy despite the onslaught of hate.

On Saturday night’s episode of Britain’s Got Talent, Muslim comedian Nabil Abdulrashid won over the audience and was even given a golden buzzer from Alesha Dixon with a hilarious and “edgy” stand up routine.

Unabashedly Muslim, Nabil is not afraid to point out the obvious and talk about uncomfortable truths – focusing his routine around his experience of being a black Muslim man with an Arabic name, his win over the audience even more noteworthy after winning the important buzzer during the show.

Despite his golden buzzer performance reaching over 1 million views in less than 24 hours, and facing backlash from British tabloids and Islamophobic trolls online, Nabil continues to do what he does best – to bring out the laughter and joy despite the onslaught of hate. Tabloids have already attempted to paint Nabil over as something dangerous – even going so far as to hint at a diversity quota as the reason for his being awarded the golden buzzer from Alesha.

But Nabil continues to win hearts and laughs over, and brings to the scene a fresh image of what Britain looks like today. From Croydon in South London and coming from a Nigerian background, Nabil represents what so many Islamophobes and right-wing pundits fear most: diversity.

With the rise of open Islamophobia and right-wing governments sponsoring anti-immigrant and racist ideology, many who are from ethnic-minority or religious backgrounds fear for the future in both the UK and Western Europe.

Representation and visibility have become more important than ever – and people like Nabil, who remain proudly Muslim and unabashedly themselves, continue to pave the way for those most vulnerable in society. Let us hope that he not only continues to gain traction in mainstream British media but helps open doors for other Muslims to follow as well.

Nabil has previously appeared on the TMV Podcast, talking about the problem of anti-blackness in the Muslim community. You can listen to the podcast below: