This is a real testament to the hard work and dedication of the whole team at Penny Appeal.

This is a real testament to the hard work and dedication of the whole team at Penny Appeal.

Founder and Chairman of award-winning Humanitarian Charity Penny Appeal, Adeem Younis, has walked away with two prestigious NatWest Great British Entrepreneur Awards: ‘Entrepreneur for Good’ and ‘Entrepreneur of the Year – North’ at a ceremony in Manchester last night.

Beating off stiff competition from more than 1000 business leaders who entered the awards nationally, Adeem said “I am thrilled that we have won, not just one, but two awards. This is a real testament to the hard work and dedication of the whole team at Penny Appeal who have leveraged the fruits of entrepreneurship as an indomitable force for good.”

He continued: “Winning recognises the incredible effort of our diverse staff and dedicated volunteers who carry out life-saving work here in the UK and in over 30 countries across the world. For example, we have teams of volunteers on the ground right now supporting refugees in Rohingya and have dispatched an immediate response team to Iran to help the earthquake victims, all made possible because of our incredible team.” 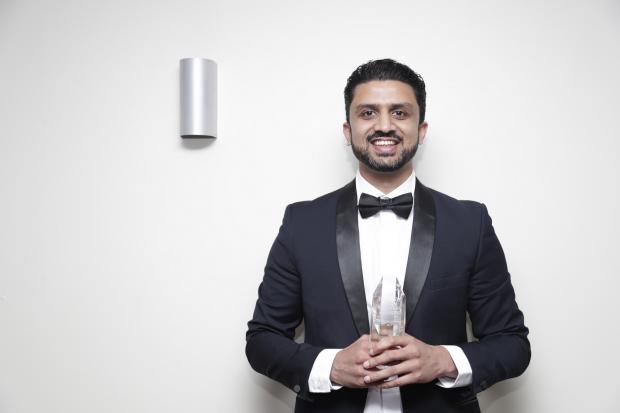 Now in its fifth year, the NatWest Great British Entrepreneurship Awards highlight the hard work and inspiring stories of British entrepreneurs and businesses in Great Britain. The awards have celebrated some outstanding entrepreneurs who have gone on to become household names: David Buttress from Just Eat; Julie Deane from the Cambridge Satchel Company and James Watt, from Brewdog, are just a few examples.

Creator of the Awards, Francesca James said: “We were inundated with some incredible entries this year and all applicants should be extremely proud of themselves. This year has seen a record number of entrants and we’ve been blown away by the strength and diversity of applications.”