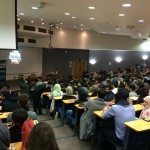 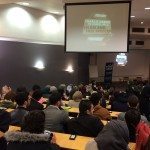 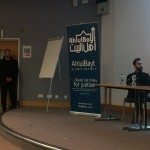 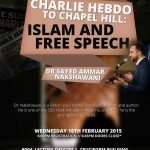 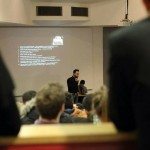 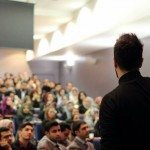 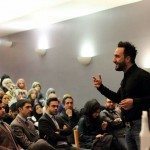 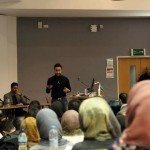 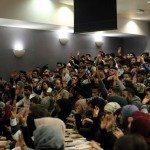 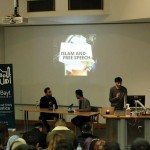 On the 18th of February 2015 over 400 people attended the ‘Charlie Hebdo to Chapel Hill, Islam and Free Speech’ event, which hosted Dr Sayed Ammar Nakshawani, and was organised by SOAS Ahlulbayt Islamic society (ABSOC). Nakshawani is a British-Iraqi Islamic historian, lecturer and author. Having served as the Visiting Scholar of Islamic Studies at the University of Cambridge in England, he was named one of the 500 most influential Muslims, and at the age of 32, he is also the youngest to be listed. The event was a request by many British Muslims since “the two events took place, a discussion from a speaker like Sayed Ammar, who can critically analyse it, [we felt] was critically important” Ali Allibhai, the president of SOAS ABSOC, explained.

The 21st century has brought us democracy, freedom of speech, and tolerance; however, there are a group who keep destroying any chance of world peace. You’re probably asking whom, and the answer is simple; the Muslims of course. As much as Muslims attempt to fit into a ‘progressive society’, an incident takes place in the name of Islam, and Muslims appear to the world as incapable of fitting in. This, Nakshwani says, moves us “Back to an archaic background. Sometimes you do not blame the non-Muslim; first they count 9/11, then they go to July the 7th and if that wasn’t enough, a group by the name of ISIS emerges to make sure the icing on the cake is clear for everyone to see.” The incident that took place in Paris brings a sense of frustration to the average Muslim in the Western world, as Muslims in the West are not different to any other average Westerner.

The French used the ‘freedom of speech’ card to get away with the offensive publication. The president of SOAS ABSOC said that “the way the media twists it to suit their own agenda is a whole different topic, it’s a very simple concept that has been twisted to suit different motives.” You would expect the French government who claims to be “free” would accept one to dress in however many layers or whatever length they wish, because they do allow females to be “free” while walking on the catwalk (practically) in the nude. What is the difference? Well, the female who wants to dress modestly is Muslim, that is the problem. Nakshawani asked us “how many people have heard of the Châtel circular” and no one responded. The Châtel circular is a ruling implemented by the French government that a mother who dresses in Hijab cannot accompany her children on a school trip, which comes to show that the French government does not practice what it claims. The French government, who claim they allocate ‘freedom of speech’ or ‘expression’, walked hand in hand with political figures who do not allow freedom in their own countries, and oppress their nations.

Nakshawani took us back in history and shared many examples of how our Holy Prophet was insulted on a daily basis. “Prophet Muhammad (PBUH) and Ali ibn Abi Talib (PBUH) are the two most insulted men through Islamic history,” Nakshawani continued by saying “I found a plethora of insults in the Quran, it’s phenomenal the number of insults which are levelled against him […] Charlie Hebdo is nothing in comparison to what the Holy Prophet was faced with on a daily basis.” Referencing the Holy Quran, Nakshawani mentioned six different insults and events on how the Prophet of Islam (PBUH) was abused, each one more punitive then the other, “never once have I found he would turn around and rebuke them in the same manner” Nakshawani said, “or even order one of his companions to stop them from verbally or physically abusing him.” Prophet Muhammad (PBUH) followed the verse 125 in chapter 16 of the Holy Quran which read “Invite to the way of your Lord with wisdom and good instruction, and argue with them in a way that is best. Indeed, your Lord is most knowing of who has strayed from His way, and He is most knowing of who is [rightly] guided.”

In addition, the Holy Prophet also represented the verse “And the servants of the Most Merciful are those who walk upon the earth easily, and when the ignorant address them [harshly], they say [words of] peace”(Quran 25:63). Taking the lessons from our Holy Prophet (PBUH) and how we should act if another incident like Charlie Hebdo is to take place, Nakshawani suggested we shouldn’t create a scene, as we would be giving the insulters a platform, as it becomes a story in the news, and piles on another reason to why Muslims do not fit in with mainstream society (supposedly). Nakshawani, concluded that “on every occasion I found in the Quran, whether someone was calling him (Muhammad) a magician, whether someone called him childless, whether it was someone throwing faeces on his head while he’s in prostration, you will not find a reaction like what those guys did in Paris, there is no reaction like that whatsoever.”

You may be thinking; well, there’s a tradition which says “whoever leaves the religion of Islam kill them.” Nakshawani “want[s] to understand which person left the religion of Islam and the Prophet ordered for him to be killed?” he explained that the hadith is contextual and not absolute, as in the early Arabian Islamic history many people were joining the religion of Islam, to plot against him, which was an act of treason. “So when that hadith says “whoever leaves their religion kill them”, I still can’t find an incident in the life of Prophet Muhammad where he finds a group of people who’ve changed their religion, or even left their religion, and he said kill them; on the contrary” a member of the audience mentioned verse 256 chapter 2 in the holy Quran, which states “there is no compulsion in religion.” Through Nakshawani’s research, the closest he found to the hadith mentioned above were three figures, by the names of Samara Ibn Jundob, Walid Ibn Uqba and Marwan ibn Alhakam. However, these three individuals didn’t insult or abuse our Holy Prophet, they caused a lot of unease and trouble in the community. The Prophet of Islam asked them to choose to live within the values of society or they would be banished, and the three decided to leave. “I can’t find the Prophet Muhammed accepting a) the killing of people who disagree with Islam b) those who leave Islam ordering for them to be killed and C) at maximum banish them somewhere else, nothing more then that” Nakshawani exclaimed. Our Holy Prophet represented freedom within the Islamic religion, as long as they weren’t creating trouble within the community. “And say: “The truth is from your Lord.” Then whosoever wills, let him believe, and whosoever wills, let him disbelieve” (18:29).

The fact that three victims out of the seventeen who were killed in Paris were Muslims, meaning the Muslims were wiling to defend Charlie Hebdo, who were insulting their Holy Prophet comes to show that Muslims practice freedom of speech, and have followed in the footsteps of our Holy Prophet (PBUH). Unfortunately, many Islamic/Arab counties who claim to be Islamic do not allow free speech, which is more of a political agenda and does not represent the religion of Islam.

In light of the recent atrocities in Chapel Hill, we as Muslims were able to raise our voices and bring awareness to the public by showing them the double standards mass media and politicians have when a Muslim is in front of the gun, instead of being behind it. When Muslims are to commit such a crime, the news outlets report him/her ‘knowing’ and having a ‘clear understanding’ of what he/she committed. However, when a white American citizen is to commit such a crime he is deemed as ‘mentally ill’.

“It’s quite saddening to see that the hate crime wasn’t covered as much as it should have been, but it’s a good example of how Muslims are able to bring forward news, aside from Chapel Hill, there are so many anti-Muslim event like the Somali child who’s face was crushed to the floor in Sweden” said Ali Allibhai.

Dr Sayed Ammar Nakshawani conducted a lively lecture, explaining to the diverse audience how the Prophet of Islam reacted to abuse, and what freedom of speech means within the Islamic faith. We always hear about double standards, and Nakshawani covered key points that Muslims tend to overlook. His lecture hopefully helped a lot of people understand how important it is to follow in the footsteps of our Holy Prophet, and encourage fellow Muslims to correct many of the misconceptions attached to Islam.