On 15th March 2018, the streets of 13 countries all over the world, turned turquoise blue. The Skies echoed the voices of Uyghur Women and thousands protested against China’s inhumane crackdowns on Uyghur Muslims in East Turkestan.

Yes, East Turkestan, many must not have heard about it because at present it is falsely known as Xinjiang. China occupied East Turkestan in 1949 and since then it has found a million ways to suppress the ethnic population of the country i.e. the Uyghur Muslims. Today Millions of Uyghurs are silently made to suffer in their own land. They do not have the right to speak their language, practice Islam, celebrate Ramadan, preserve their culture or even talk to their relatives abroad. There are no rights left for the community with their passports being kept with the police, journalists arrested, peaceful activists imprisoned, youngsters including children as little as 7 yr old abducted by the Chinese authorities and even police deployed in Uyghur homes to spy on them.

The latest addition in the list of Chinese atrocities are the Nazi-style ‘re-education’ camp which aim at brainwashing the Uyghur population of its values, culture and identity. The main motive of such camps is to fill the mind of people with Chinese propaganda and make them guilty for practicing Islam. These camps do not follow any procedure, there are no courts that decide who goes in and by what time a person stays there. Reports of death in these camps have become common. Police can pick up any person at any point of time. There are kids whose both parents are in these camps and children are forced to stay alone in the house. There are no social organizations present to look after such kids and at last either these kids end up in prison or in orphanage. Apart from this, there are check-posts in each lane with cameras recording every move. There no doubt in saying that the land of Uyghurs have been converted into an open prison.

On 15th March, Uyghur Women and children decided to raise their voice against all these things. The countries where protest were held included, U.S, France, Germany, Australia, Turkey, Japan, Netherlands, UK, Canada, Finland, Sweden, Belgium and Norway. Uyghurs all over the world are demanding their right to live a life of dignity and freedom. They just want their country back, their East Turkestan Back.

Below are some pictures from the protests around the world: 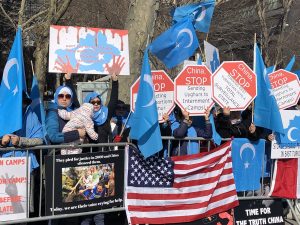 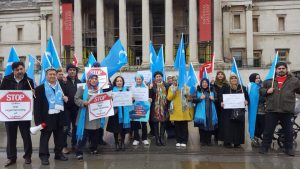 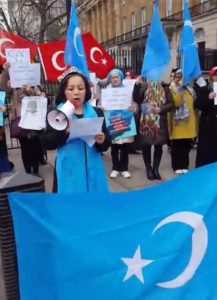 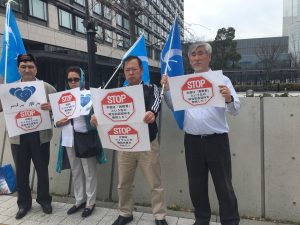 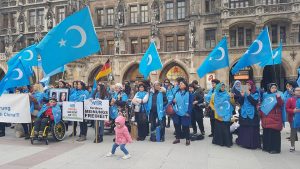 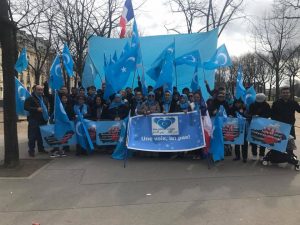 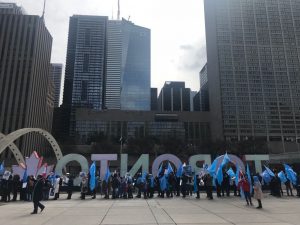 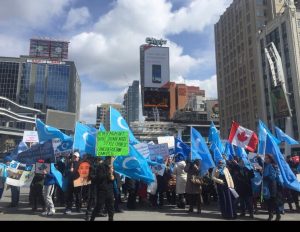 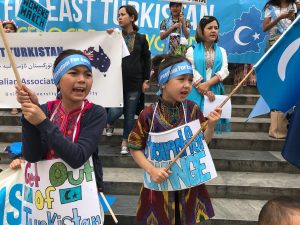 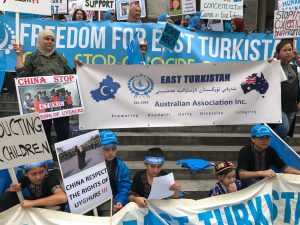