On Wednesday 15th July, the Al-Khoei Islamic Centre invited local residents to join them in the breaking of their fast, also known as ‘Iftar’. Two hundred people attended the event, and over half of those attending were neighbours.

John, one of the local neighbours, spoke about how glad the community was to be invited into the mosque. In his moving talk, he said “there are two types of people: those who build bridges and those who build fences. Building fences is easier, but building bridges is better”.

“When you reach out into the unknown, it is brave and it can be scary, because you never quite know what you will find on the other side. So on behalf of all the neighbours, I want to say thank you for reaching out”.

Ayatollah Sayed Fadhil Milani, the mosques Imam, spoke of his joy at having so many neighbours in the mosque, and how we are all part of one big community. He said, “when one part of the body hurts, it affects the entire body. This is how we feel when there are events such as 7/7, the Speicher massacre in Iraq and the Bosnian genocide”.

Fatima Khoei, one of the organisers, said, “it was refreshing to share dinner and conversation with so many new friends within the walls of our mosque. It gives people a chance to see that we are merely normal people just like them. It’s time that we broke down barriers by talking more to our neighbours.”

“Many people told me it was their first time in a mosque or first time they had interacted with a Muslim”.

The event was part of the nationwide drive, called ‘The Big Iftar’, to get others to share in the Iftar experience at local mosques. 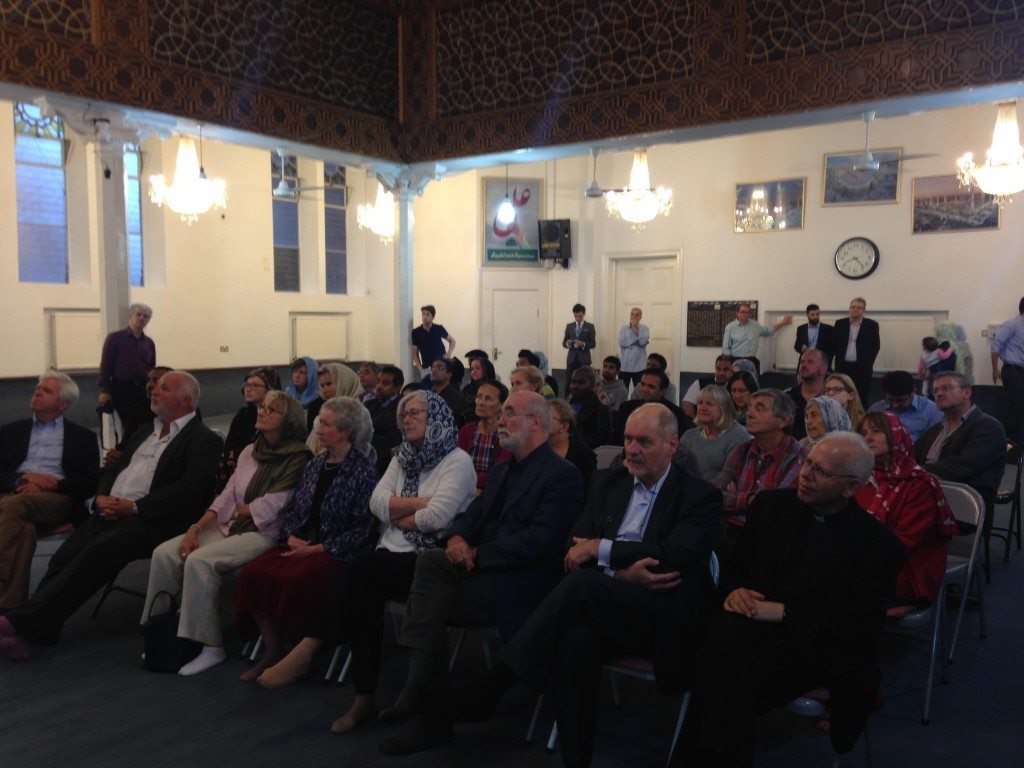