Exploring Tanzania, home to some of the most beautiful national parks in the world

Looking to embark on a journey offering something different than your normal summer getaway? The United Republic of Tanzania is a nation in central East Africa, and is the perfect safari spot for couples and families looking to explore the great out doors.

Home to the largest concentration and diversity of animals in Africa, with over 1,100 bird species to spot in the country, Tanzania is a nature lovers paradise. Tanzania also proudly showcases some of the world’s most treasured national parks and game reserves, including the Selous Game Reserve, the world’s largest game reserve. This is home to more than 120,000 elephants, 160,000 buffaloes, and about 2,000 rhinos.

For a truly mesmerizing site, be sure to visit the Serengeti National Park, Tanzania’s oldest and most popular park. It is here that the Serengeti migration takes place, which was recently proclaimed as one of the Seven Natural Wonders of Africa.

The people of Tanzania

The friendly tribes of Tanzania are known for welcoming tourists to their humble homes for meals. While there are multiple tribes that make up Tanzania, they are all united by the use of Swahili or Kiswahili – a coastal Bantu language with Arabic influence. Those visiting the Serengeti National Park are likely to come upon Maasai people who are among the most well known local tribes due to living in traditional Maasai villages near the popular national park.

When to visit Tanzania

Wondering when the best time to visit Tanzania is? Depending on what your holiday plans are and what you hope to see, when you should visit the country can vary. The best wildlife viewing months in Tanzania is during the dry season from late June to October, while the best chance of seeing the wildebeest migration in the Serengeti is during June and July. For those hoping to see the wildebeest calving, we’d suggest visiting in late January to February. If your travels take you to the southern and western circuit parks, the best time to visit would also be during the dry season (June to October). Unlike the more popular northern circuit parks that can be visited year-round, Tarangire is the only exception since its wildlife viewing is considerably better in the dry season. 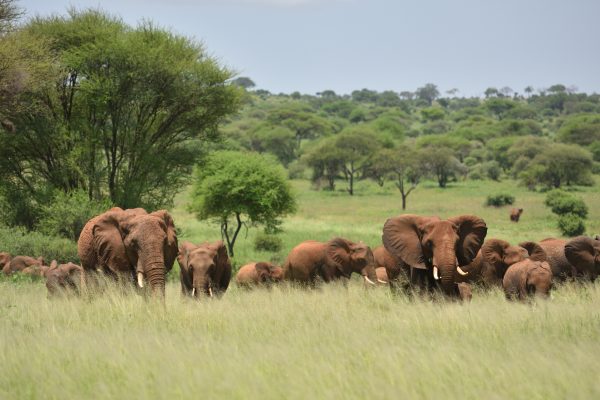 Nearly 30% of Tanzania is comprised of national parks! The Serengeti National Park is one of the most famous and best-loved parks, and is home to more than one million species of large mammals. It’s also a World Heritage Site, and has also had the honour of being named a 7th world wonder. If you’re looking for something a little bit more unique, the Tarangire National Park is home to tree climbing lions! While the reason that these lions have taken to climbing is unknown, it’s definitely a sight to see. 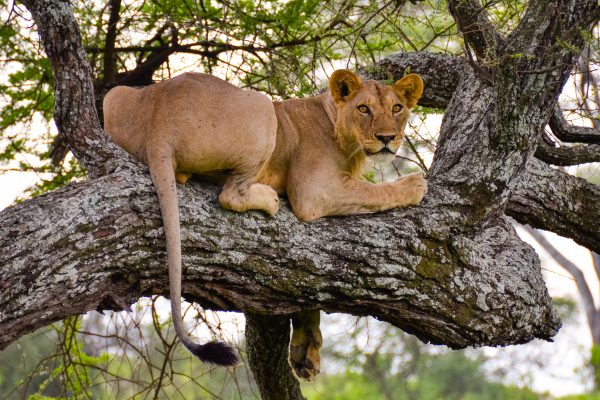 Hidden amongst dense forests and on the banks of the Rufiji River while providing the most breathtaking views as dawn rises, is the beautiful and halal-friendly Selous Riverside Safari Camp. This amazing and wildlife-filled holiday destination is ideal for Muslim families and Muslim couples who are looking for the ultimate halal friendly holiday. Overlooking the Rufiji River, Selous Riverside Safari Camp consists of ten of the largest and most luxurious tented chalets in Tanzania. The spacious tents have been carefully placed to provide privacy and blend into the natural surroundings, overlooking the Rufiji River and its hippos and crocodiles.