Hollywood has come a long way, and is already becoming incredibly diverse and embracing the Muslim experience more and more. But unfortunately, those forms of representations still seem to come with caveats.

Hollywood has come a long way, and is already becoming incredibly diverse and embracing the Muslim experience more and more. But unfortunately, those forms of representations still seem to come with caveats.

Hollywood often refuses to give Muslims positive representation, leaning on stereotypes of Muslims as terrorists. Watching Netflix’s new Midnight Mass has been refreshing, depicting a devout Muslim man struggling against evil, and not against his own beliefs.

At its core a vampire horror story, Midnight Mass is a new stellar drama series that explores the challenges of faith, belief, disbelief, and the various forms they come in. Set on the fictional Crockett Island in rural America, it focuses on Father Paul Hill, a Priest who joins a community of faithful Catholic Christians in order to reignite their relationship with God.

With his arrival comes both horror and miracle, with a hidden threat on the island terrorising its inhabitants, as well as some island inhabitants with disabilities being miraculously cured by Father Paul. Meanwhile, a new sheriff is in town: Hassan, whose job is to serve the rule of law. With his son Ali, they are the sole Muslim characters on the island.

Unfortunately, the typical Muslim characters we are used to, such as those in childhood epics like Back to the Future to modern-day behemoths like American Sniper, depict Muslims as being either the perpetrators of violence or uneducated and uncivilised. These depictions have real-life impacts on our world today.

Riz Ahmed, who has fought for a change of Muslim representation in the industry explained that:

The stories we tell about communities affect the laws that get passed, the people that get attacked, the countries that get invaded.”

More recently, another trend in Muslim representation on film has developed and I call it the doubting Muslim. Be it Kumail Nanjiani’s The Big Sick, Ramy Yousef’s Ramy, or Minhal Baig’s Hala; the common thread has depicted Muslims confused with their identity.

These movies and shows have often been celebrated for changing the tides of Muslim tropes in Hollywood but are also depicting Islam, perhaps inadvertantly, as being antithetical and incompatible to life in the Western world. Characters are left to juggle with their desire to drink alcohol, take off their hijabs or sleep with the ‘free’ white men and women. It is often presented as a liberating moment when they leave behind their backward, outdated life of practicing faithfully or praying at the mosque.

Take the now-infamous scene from Netflix’s Elite, when one of the protagonists is presented as finding salvation as she takes off her hijab at a nightclub only to drink alcohol. Yes, there is representation on screen, but does it really provide positive role models for young Muslim men and women?

That’s not to say that such individuals do not exist. Faith is a challenge for us all, and many of us may not be interested in practicising, or we may believe in Islam’s tenants but practice in our own way that is comfortable to us – such is the diverse range of experience within the Western Muslim community. The issue is that only these characters are receiving screen time. It would be more acceptable if juxtaposed with other Muslim characters.

There is one type of representation that Hollywood seems to completely ignore: the devout, practicing Muslim, who only seems to be portrayed in scenarios of exotic figures living in a country far on the other side of the globe such as those in Peter Berg’s The Kingdom, or Stephen Gaghan’s Syriana. What is more concerning, is prayer is limited to terrorists trying to uproot the American way of life (see Paul Greengrass’s United 93, Stefano Sollima’s Sicario: Day of the Sodaldo).

Thank you Hollywood for showing us that terrorists worship before they bomb us and reinforcing the fear of Muslim prayer in wider society.

Diverse representation of the Muslim experience is essential, given the impact that Hollywood’s stories have on our culture, perspectives, and opinions (I discuss this at length here). Usually, the only “good Muslim” that Hollywood seems to love is either the subservient-to-the-state Muslim (see Amazon Prime’s Jack Ryan) or the non-practicising. These narratives have shaped public opinion, making outwardly Islamophobic initiatives like Prevent and Countering Violent Extremism programs more digestible.

In Midnight Mass, Hassan is far from a trope, in fact, he is a victim of stereotyping, only taking up the job of sheriff on the island after being racially profiled by the NYPD. He is regularly depicted praying with his son Ali, and has numerous conversations with the inhabitants of the island about his Islamic belief as well as the real impact of Islamophobia on him.

He faces Islamophobia regularly on the island, too, with many characters throwing out sly racial and Islamophobic digs at him. “Unless you plan on hopping a ferry to the Mosque, you’ll have to hunker down with us too”, one character quips. He bears this, with the grit of a man on the edge.

“I don’t intimidate”, Hassan remarks, “I don’t overshare or overstep or intrude in any way. I don’t even carry a gun. And still. Still. Beverly Keane, and a few others too, look at me like I’m Osama bin f—— Laden.”

What is invigorating with this character is how the show depicts his relationship with his faith. Hassan’s challenges aren’t of trying to fit into Western society, nor with his desire to drink or fornicate. In fact, his challenges are those of any (white) American hero: battling evil, horror, and mystery in this sandbox of possibility that this world offers this cowboy. He just happens to be Muslim.

Rahul Kohli, who plays the character, says that Hassan is essentially a “fusion of polar opposite ideas” – the “quintessential American hero” as well as “America’s greatest villain – the bearded brown dude”. Good, devout Muslims exist. They are the backdrop of our society. From being doctors and nurses to screenwriters and actors. It is only fair that they too have representation.

That’s not to say that Hassan doesn’t struggle with his faith. The show is, after all, about struggling with faith. But what’s refreshing is that it is not a two-dimensional journey of trying to fit a Muslim-shaped cog into an American machine. His struggle comes with believing in the seemingly miraculous events that occur to the island’s inhabitants, while his wife was left to die and succumb to pancreatic cancer.

“If God really worked that way”, he tells his son, Ali, “if He decided that He was gonna heal some people and not others… no. No, that’s not how it works. That’s not how God works.”

I’m not asking for Muslims to be angels on-screen – few of us are – and what makes characters fascinating are their conflicts, both external and internal. But what’s important is that their struggles have depth, are nuanced, and are complicated, rather than the tiresome, wooden struggle of a seemingly free, Western society pulling a Muslim away from his outdated faith. His inner conflict is still important, but it is no longer two-dimensional, and it is not at the expense of his faith.

Hollywood has come a long way and is already improving its diversity and embracing the Muslim experience more. But unfortunately, those forms of representations still seem to come with caveats. By excluding devout Muslims from screen, Hollywood is still making a statement: come to us as we want, not as you are. When the reality is we are already here, and part and parcel of Western society.

And as is evident in Midnight Mass – the sooner Hollywood can embrace this, the sooner we can enjoy characters as complex and as challenging to viewers as Sheriff Hassan.

Spoiler alert: He’s the hero of the show. And he helps save the day, as he should. 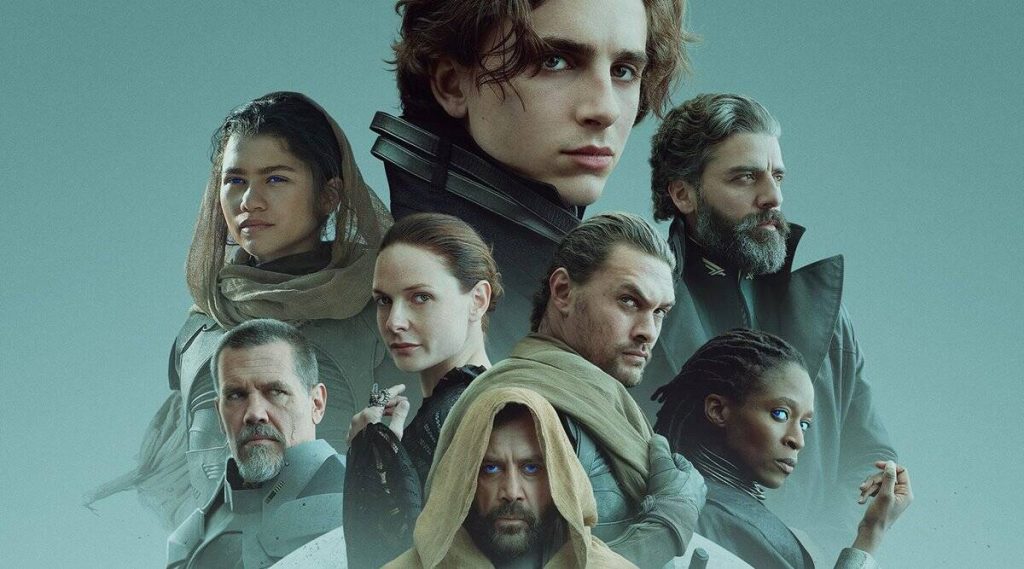 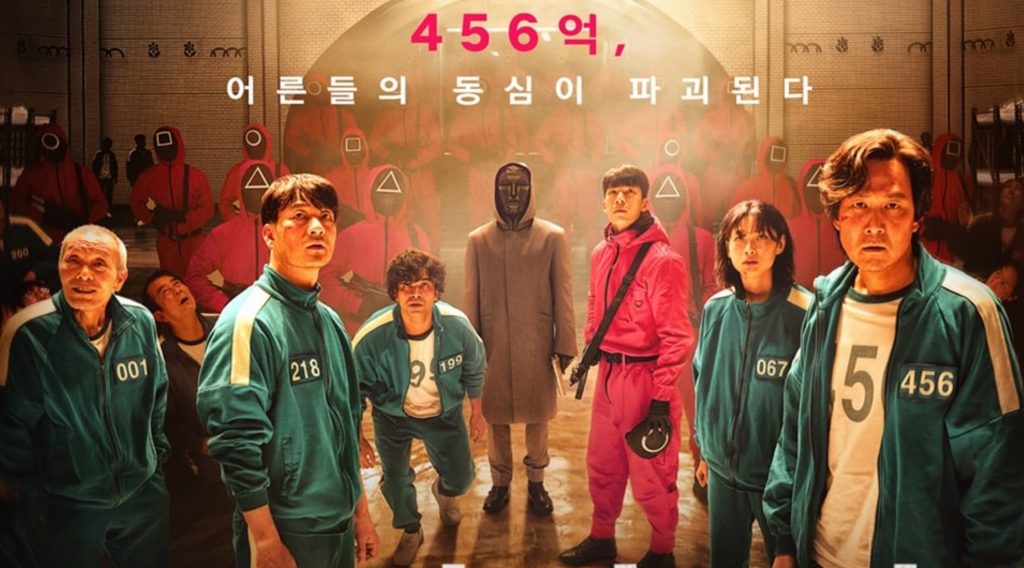 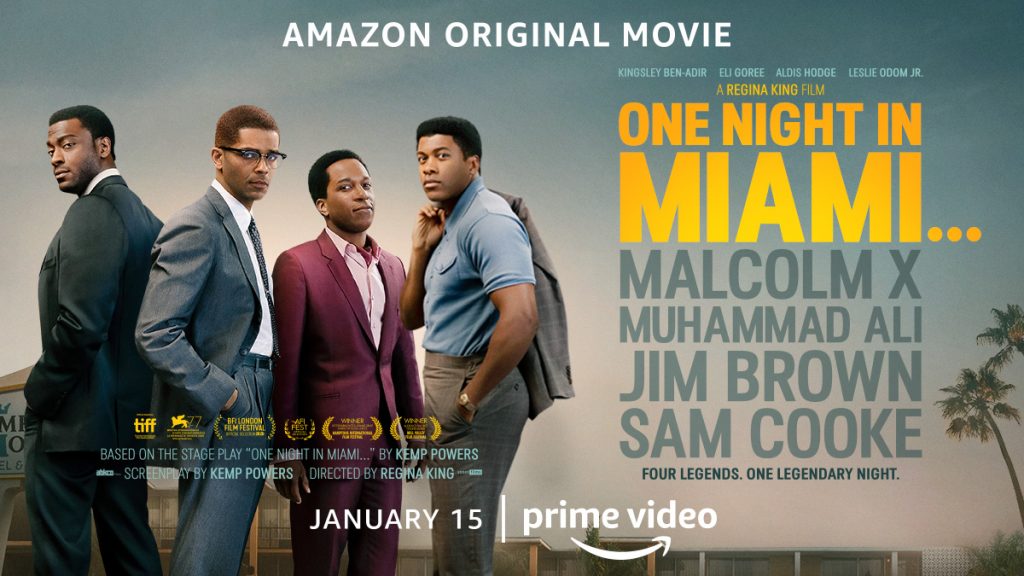